AFP officers arrived on commercial flights, not quarantined before sent to remote communities 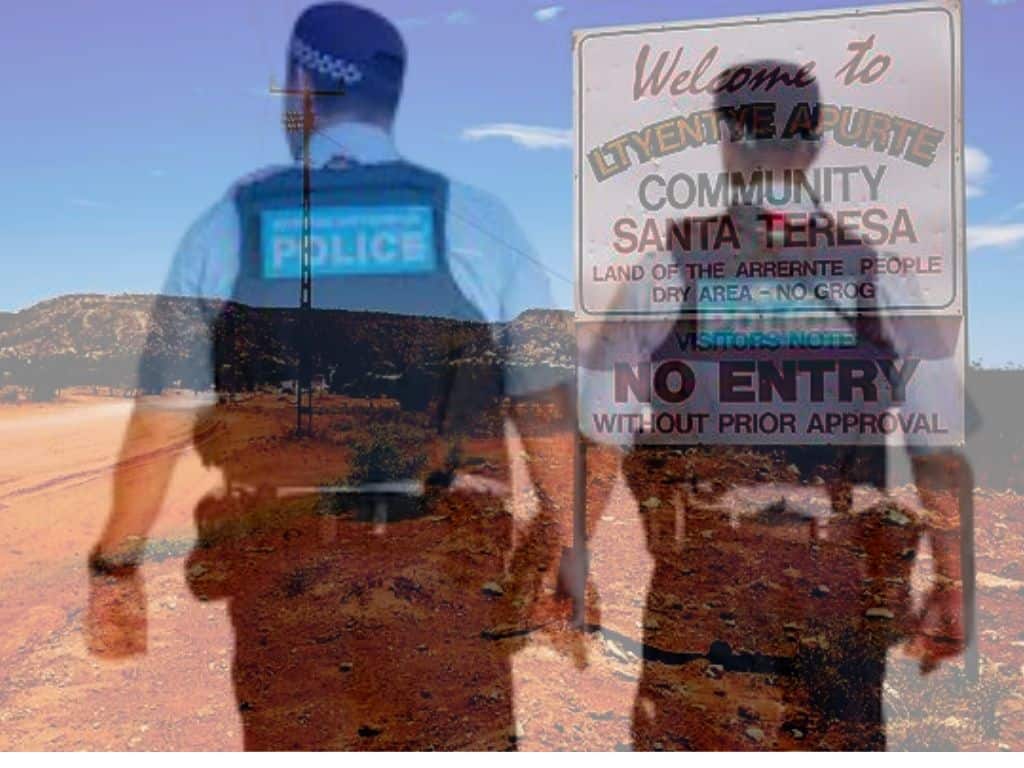 Members of the Australian Federal Police’s contingent to the Territory to protect remote areas arrived last week on the same commercial flights as people forced into government-imposed quarantine, the NT Independent can reveal.

While dozens of civilians were taken to government-sanctioned hotels under mandatory quarantining orders at a cost of $2500 each, the AFP personnel were instead taken from the planes, put into one day training sessions and sent to remote communities, sources in the AFP and NT Police, Fire and Emergency Services have confirmed.

The NT has recorded one case of two unrelated people infected with coronavirus returning to Darwin on one interstate commercial flight. It is unclear if any AFP personnel were on any of the 10 identified interstate infected flights.

The AFP were permitted to dodge 14-day quarantine restrictions under exemptions approved by the NT’s Chief Health Officer Hugh Heggie, but it’s expected future contingents will have to quarantine.

“I’d be concerned in remote communities to look up and see AFP officers there,” said an NTPFES member with knowledge of the situation, speaking on the condition of anonymity.

“They are the biggest risk and if it gets into communities, it’s going to be trouble. The government is bypassing their own safety measures to let them in. The risk is massive.”

“The only way for the government to maintain the confidence of the community is being open and transparent and explaining what’s happening – they haven’t done enough of that.”

Last week, five health workers in the Kimberley Region were confirmed infected with coronavirus, including one in the town of Kununurra near the NT border.

A senior AFP member told the NT Independent that “desperate times call for desperate measures” and that quarantining was not considered for the latest contingent.

“(There) was no quarantine for staff arriving with defined COVID-19 essential roles,” he said. “For the immediate batch (anyway). The next group arriving – if and when – will be required to quarantine.”

One worker at McArthur River mine site was thought to have contracted COVID-19 and was airlifted to Darwin but later tested negative. The incident has caused anxieties in remote communities.

“An entire generation of elders could be wiped out if we allowed the virus to enter their communities,” he said. “The death toll even among younger families would be far higher than for the rest of the nation.”

The AFP, NT Police and NT Government have all declined to answer questions posed by the NT Independent about the potential risks of not quarantining AFP staff and what measures were taken to reduce the risk of transmission.

“I’m confident the AFP and health officials would mitigate the risk in an appropriate way,” he said.

“The only way for the government to maintain the confidence of the community is being open and transparent and explaining what’s happening – they haven’t done enough of that.”

Chief Minister Michael Gunner previously expressed fears the deadly coronavirus will makes it way into remote communities and the devastation that would bring.

But his office declined to comment on the AFP personnel coming in on commercial interstate flights and being sent to the bush. They also did not explain what measures were taken to reduce the risk of unintentionally bringing COVID-19 to remote communities.

Dr John Boffa, the Chief Medical Officer at the Central Australian Aboriginal Congress Aboriginal Corporation, told the ABC last month that he wanted to see the Army Medical Corps brought in to support remote community clinics – but only after they were properly quarantined.

“We need them to come here and quarantine for two weeks, so they can go bush and provide the necessary surge workforce that we are going to need,” he said.

Questions were sent to Dr Boffa about the government’s exemptions for interstate AFP personnel.

A press release issued by the AFP dated April 2, stated that the first deployed AFP members would “work alongside NT Police colleagues, with a key focus on preventing the spread of COVID-19 into remote Indigenous communities”.

“AFP officers will be stationed throughout a number of remote regional communities to support national efforts to protect Australians and limit the spread of COVID-19,” it stated.

The AFP declined to answer questions.

EDITOR’S NOTE: This story was clarified to reflect that it remains unconfirmed whether any AFP personnel were on board flights known to have been carrying people infected with coronavirus.