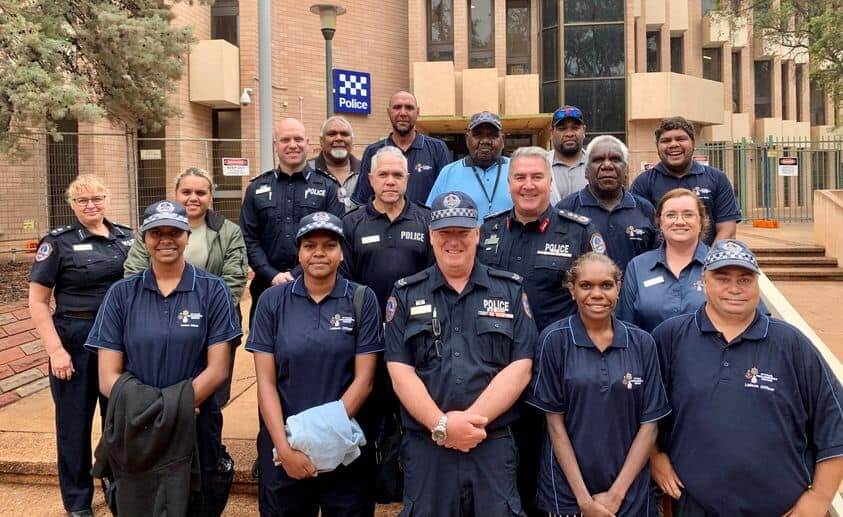 The NT Police Association has welcomed a contingent of Aboriginal liaison officers to support a police force it says is operating on a razor thin margin amid escalating crime, but concerns over long-term recruiting have not been abated.

But the new squad, who are not qualified officers, needed to be part of a long-term plan to bolster numbers on the ground, particularly constables, to the NT Police Force “which is suffering from a long period of ad-hoc recruiting”, she said.

“We’re seeing the impact of this right now in Alice Springs which is consistently understaffed and under more pressure to deal with ongoing crime and social disturbances day in, day out,” she said.

“The NTPA is always happy to see more support for our members, and welcomes the latest recruitment of Aboriginal liaison officers, however this needs to be part of a long-term plan to recruit adequate numbers.”

Eight new Aboriginal liaison officers and three current ALOs are undergoing three weeks of training, with authorities stating they will become an “integral part” of the force.

Four of them will remain in Alice Springs and will work closely with front line officers and community members amid an escalation of anti-social behaviour and crime.

The other seven will return to their respective communities in Lajamanu, Kintore, Yarralin, Gapuwiyak, Papunya, Santa Teresa and Elliott. 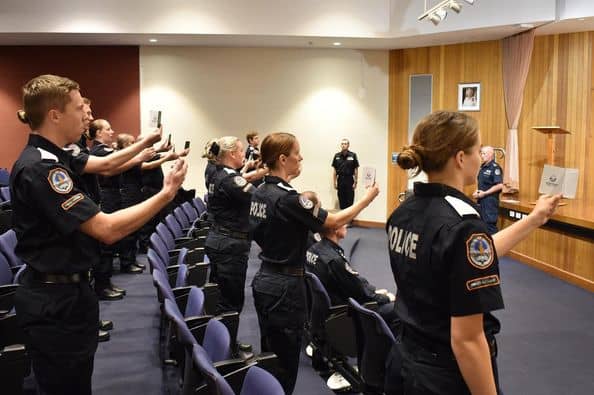 Police Recruit Constable Squad 140 and Police Recruit Auxiliary Squad 66 were sworn in at the Police Training College on September 22.

In a statement released on social media announcing the new recruits, NT Police said the ALOs will work as a conduit between the community and police, and “will assist police with current and evolving issues in remote and urban communities”.

In a bid to strengthen the Territory force, NT Police swore in 30 members at the Police Training College on September 22.  Expected to graduate in April 2021, 10 of them are making the transition from auxiliaries to constables.

The recruits will be posted to various locations throughout the Northern Territory and will be present on the beat, takeaway alcohol outlets, watch houses, police front counters and the Joint Emergency Services Communications Centre.

“The new additions to NTPFES means that over 100 recruits are in training to make the Northern Territory a safer place,” NT Police said in a statement.

Up to 45 officers are expected to bolster the southern force, but the NT Police Association says it is holding its breath to see if the new recruits will the bridge the gap.

“We acknowledge the graduations of squads over the coming months will deliver up to 45 officers to Alice Springs,” Ms Bayliss said.

“But it remains to be seen whether this will plug the already gaping holes in the Southern Region rosters.”

NT Police have signalled additional Aboriginal liaison officer’s will be recruited to fill positions in the Barkly, Katherine, and Arnhem Land districts over the next coming months.