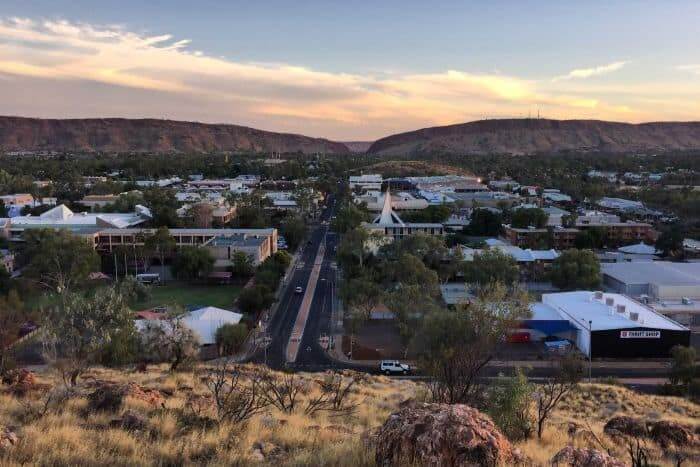 MORE than 10 per cent of Alice Springs’ adult population have signed a petition calling for the NT Government to implement a youth curfew in the Central Australian town.

Araluen MLA Robyn Lambley attempted to table the petition in Parliament on Friday, however it was blocked by the Gunner Government.

Ms Lambley said the petition demonstrated the government needed to do more to stop the regular occurrence of youth crime in the town.

“By blocking the petition from being tabled, the voices of the more than 2000 people calling for a curfew for Alice Springs have been ignored by the government,” she said.

“A week ago, a 79-year-old woman living alone in a house in Alice Springs was terrorised by three youths throwing rocks at her house, smashing her windows and threatening her safety.

“We still have a problem with groups of children roaming the streets of Alice Springs at night and we still have these horrific incidents of youth crime.”

Ms Lambley said due to budgetary sittings being postponed by the government, there was no certainty Parliament would sit again prior to the election in August.

Leader of Government Business Natasha Fyles said in Parliament that while she agrees the curfew is an “important issue”, the government could not address it on Friday because it was focused on passing legislation directly related to the COVID-19 pandemic.

She did not say when, or if the government would accept the petition and instead pointed to recent crime stats that show commercial and residential break-ins were down.

“We all have things that are important to our communities and our electorates and we would bring them to the Parliament but this is an extraordinary day of sittings,” Ms Fyles said.

The petition was launched by Ms Lambley in January to keep kids under 16 off the streets between 10pm and 5am.

The Alice Springs council knocked back bringing in a year-long trial youth curfew in December, saying it was likely to fail because the town lacked the resources and infrastructure to enforce it.

In February, Police Commissioner Jamie Chalker announced extra officers had been sent to Alice Springs and patrols would increase to combat the issue.

The Gunner Government has also promised 30 graduate constables would arrive in Alice Springs after May.

Minister for Territory Families and Member for Braitling Dale Wakefield recently told the ABC youth worker patrols and increased CCTV were working to fix the problem.

“I am not backing away from that, but this is a long-term issue.”

Ms Lambley, who recently joined the new political party Territory Alliance, said she was determined to have the curfew introduced.

“A Territory Alliance Government will commence implementing a comprehensive Night Time Youth Strategy in Alice Springs, which will include a youth curfew, within the first 100 days of coming to Government,” she said.