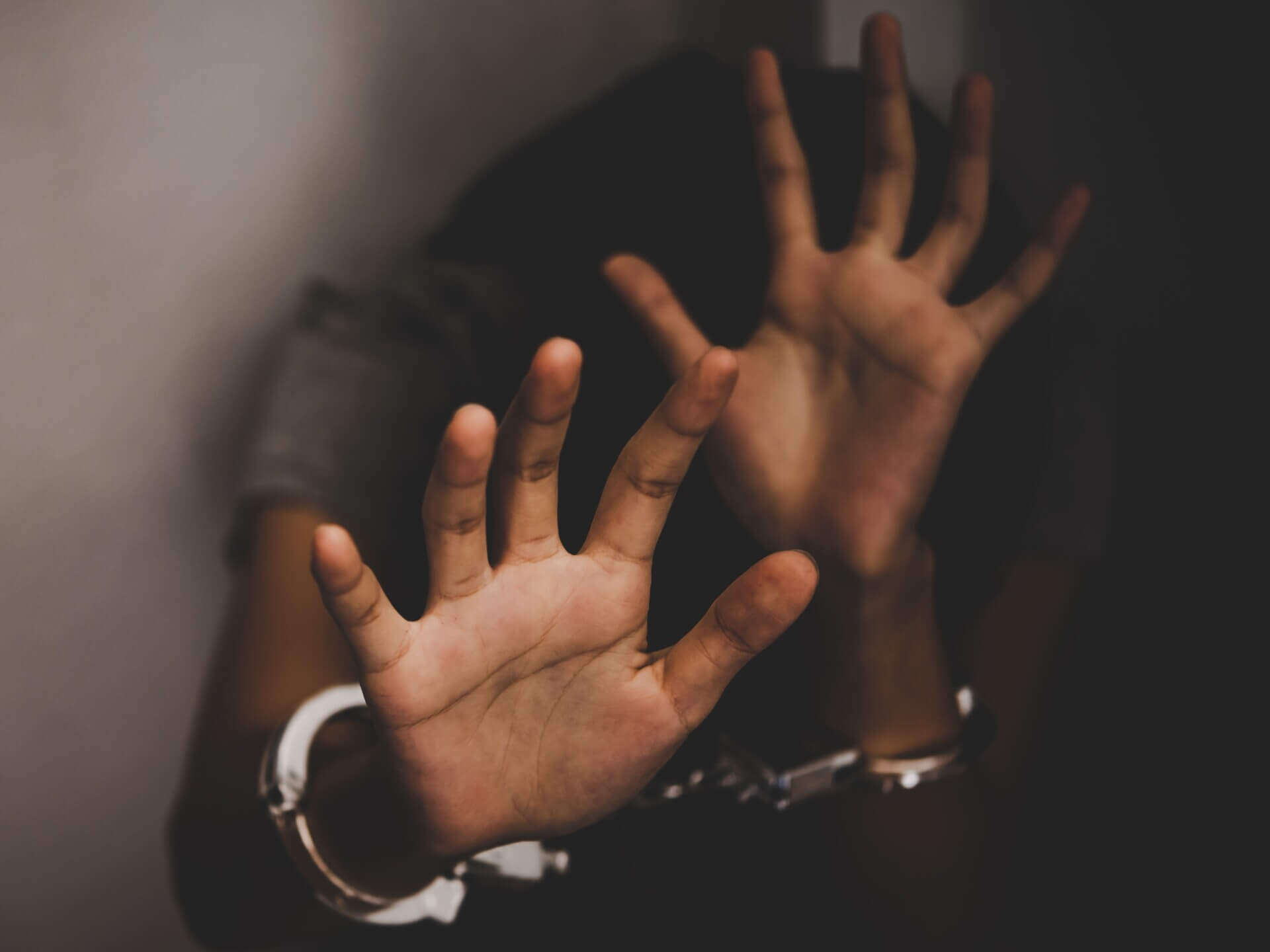 The Fyles Government has passed a cap on damages for false imprisonment and assault for anyone incarcerated in a Northern Territory prison, with only one MLA voicing opposition, calling the measures a “disgrace” and “a greenlight to abusive behaviour against children and adults” in NT prisons.

Member for Mulka Yingiya Mark Guyula told Parliament on Thursday night that the government should be more focused on preventing the abuse of children and adults in the correctional system, rather than enabling “government officials to mistreat young people without fear of consequences”.

He told Parliament (SEE FULL SPEECH BELOW) that he was only invited for a briefing about the laws a few hours before the motion was put forward and his office was told earlier in the week that he would only be informed the bill would be debated the night before.

The new legislation will limit the government’s legal liability by putting a damages cap of $15,300 for offences committed against anyone in correctional facilities, including for false imprisonment, battery (including unlawful restraints like shackles and spithoods) and assault, which has been labelled as regressive and outright “barbarism” by one prominent lawyer.

Attorney General Selena Uibo said the legislation was drafted to “address community concerns about large payouts of taxpayer funds to offenders … while they are in custody”, referencing a $35 million payout to hundreds of former juvenile detainees who had sued the government for mistreatment while incarcerated.

The move to legislate a cap was widely condemned by human rights groups and Aboriginal justice groups, who argued it contravened the government’s own commitment to the Convention against Torture, with Mr Guyula adding that it also breached its own recently established Aboriginal Justice Agreement and the intent of the recommendations of the Royal Commission into Youth Detention in the NT. 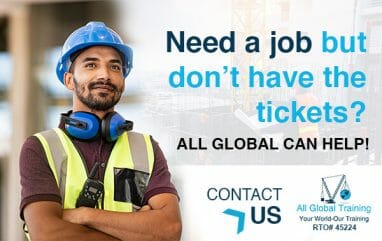 Mr Guyula, the only politician to speak against the bill, said the new laws will disproportionately affect Indigenous people, who make up 85 per cent of adult detainees and nearly 100 per cent of juvenile detainees, and was based on “ill-informed public concern”.

“Yesterday the Attorney General said that the mark of a just and decent society is one that treats prisoners with respect,” he said.

“I do not believe this is a bill that treats prisoners with respect. It is a bill that has been introduced on the back of ill-informed public concern that taxpayer money was given away like Santa Claus’ presents when, really, what happened was a judge awarded damages to a group of young people who had been abused at the hands of the Northern Territory Government.

“It is only right that these young people were awarded damages. At the hands of the government, these children were harmed.

“Rather than removing the capacity of courts to provide compensation to young people who have been harmed, why does the government not ensure that these abuses do not occur while people are detained?

“Instead, this bill is giving the green light for government officials to mistreat young people without fear of consequences.”

Prominent Darwin barrister John Lawrence, who was in attendance for the short debate on the bill, said the new laws were “barbaric, racist and backward”. He said Labor politicians, including Indigenous Ministers Chansey Paech and Attorney General Selena Uibo, were blatantly ignoring and disrespecting Mr Guyula on the floor of the chamber as he spoke passionately about the new laws and what they would mean for the Territory’s Aboriginal people.

“What I witnessed in there tonight was a descent into barbarism,” Mr Lawrence said later. “The passing of a law which is backward and shameful.

“The conduct of the Labor members in ignoring the reasoned and fair criticism from a First Nations Yolngu Elder [was disgraceful]. Their rudeness was embarrassing to behold and spoke volumes as to their character and the laws they pass.”

Mr Lawrence, a former president of the Criminal Lawyers Association of the NT and the NT Bar Association, and member of the Close Don Dale Now group, was threatened with expulsion from the public viewing gallery by the Speaker for banging on the glass in support of Mr Guyula’s speech.

“The barbarians are in the Citadel,” Mr Lawrence added. “They are no longer at the gate.

“Thank goodness for the integrity and courage of the Independent [Member] Yingiya [Guyula].”

The bill, which was amended to include provisions for children who experience sexual abuse, passed and was supported by the CLP, who focused their concerns around the $35 million paid to those children abused in Don Dale. 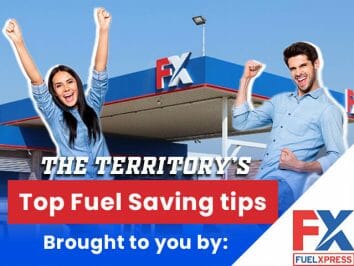 Here is Yingiya Guyula’s speech to Parliament on the Personal Injuries (Liabilities and Damages) Amendment Bill 2022:

Madam Speaker, I support the elements of this bill that help those survivors of child sexual and physical abuse who wish to pursue a claim of civil damages for personal injury arising from abuse. However, I cannot support Part 4A of this bill. I will talk about this tonight. I would like to thank the minister for her offer of a briefing, however, the letter only arrived at 4 pm today while I was sitting in the Chamber and it was unworkable. My office tried to find out if the bill would be debated this week, but were advised that we [were] only able to be informed the night before.

While I may be the only person speaking against this bill today, the media have outlined the concerns of human rights lawyers, Aboriginal justice groups and the NT Acting Children’s Commissioner who have all condemned the proposed amendments. Here it is, this is the media. I am disappointed to be here tonight to see the Labor government pass a bill that gives a green light to abusive behaviours against children, young people and adult detainees while they are in detention.

As I understand, victims of false imprisonment, battery and assault perpetrated by the state while detained in juvenile detention or prison will only be compensated for up to a maximum of $15,000. According to legal experts, the cost of bringing an action will outweigh the benefits, meaning that justice will never be realised for the victims of those abuses.

Yesterday the Attorney General said that the mark of a just and decent society is one that treats prisoners with respect. I do not believe this is a bill that treats prisoners with respect. It is a bill that has been introduced on the back of ill-informed public concern that taxpayer money was given away like Santa Claus’ presents when, really, what happened was a judge awarded damages to a group of young people who had been abused at the hands of the Northern Territory Government.

Who was consulted in relation to this bill? Let us remember the public concern that arose in 2016 when Four Corners showed the world the false imprisonment, battery and assaults that took place in our youth detention centres. At that time, the Labor Government said that they would, in principle, agree with all the recommendations of the Don Dale royal commission and now we have a bill which goes against the findings and the spirit of the royal commission.

It is only right that these young people were awarded damages. At the hands of the government, these children were harmed. They were isolated, taunted, manhandled, put in spit hoods and restraint chairs. They were frightened and threatened. The famous picture of Dylan Voller being restrained shows clearly why these young people should have been awarded damages. They have been harmed.

These children live with that treatment, made to feel worthless, useless and without any power. They were treated like animals or worse than animals. The Attorney-General may not have been in the government when these things happened, but she is here today, putting forward a bill because a racist portion of our community did not like it when the courts ordered that the government make amends to these young people for the mistreatment that happened here in Darwin, in this community.

Young people who have committed a crime are supposed to be rehabilitated, cared for and supported, not tortured. As legal rights advocates have identified, this bill is contrary to the Optional Protocol to the Convention against Torture and Other Cruel, Inhuman and Degrading Treatment or Punishments, OPCAT, which Australia ratified in 2017 and which the NT is currently seeking to incorporate into law. Rather than removing the capacity of courts to provide compensation to young people who have been harmed, why does the government not ensure that these abuses do not occur while people are detained?

Instead, this bill is giving the green light for government officials to mistreat young people without fear of consequences. In Yolngu culture, we have a Makarrata process. It is our court system where the offender and victim can come together and an outcome that is fair can be reached; it provides a re-balance for the community; it creates harmony. This means that the compensation that is provided meets the needs of the victim.

It cannot be capped or cut off because this does not create balance and harmony. In this sense this bill does not allow for a re-balance; it takes the decision-making power out of the hands of the judge to be able to return balance and harmony to the community after damage is caused. Legal right experts have likened the creation of the victim’s Trust by this bill to historical abuse of power against Aboriginal people where money was held in trust for Aboriginal people such as the Stolen Wages era.

The bill will mainly affect Aboriginal people who are 85 per cent of adults in prison and almost 100 per cent of people in juvenile detention. This bill goes against the Aboriginal Justice Agreement that commits to ensure Aboriginal Territorians in contact with the justice system as victims, offenders, witnesses and families are treated fairly, respectfully and without discrimination. However this bill does not provide justice for victims, it is not fair or respectful and it will mainly affect Aboriginal people.