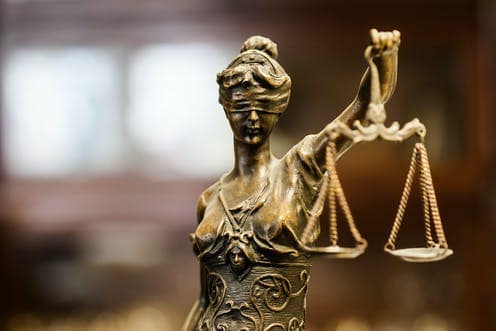 A 19-year-old has been sentenced to three years in jail after pleading guilty to a “particularly galling” crime spree involving a police pursuit, more than $100,000 worth of stolen cars and countless business owners left covering the costs.

The male pleaded guilty to 15 charges in the Northern Territory Supreme Court in Darwin for a string of offences that took place earlier in the year.

Charged over multiple break-ins across Katherine and Darwin between late December 2019 and March of this year, one of the teenager’s more high-profile exploits involved stealing a land cruiser worth $100,000 from Top End Diesel in Yarrawonga and ramming it through a roller door.

The court heard the offender and his counterparts broke into the Palmerston Game and Fishing Club on December 15, 2019, smashing fridges to steal alcohol.

On January 1, a Toyota Hilux was stolen from Knotts Crossing Resort in Katherine after the group climbed through a cavity and kicked a hole through the bar ceiling to gain access.

On March 17, the teenager drove a stolen Mazda to the BWS Palmerston Tavern plunging it through a roller door.

The tavern was significantly damaged, and thousands of dollar’s worth of alcohol was stolen.

The teenaged offenders were captured fleeing the scene on CCTV and an NT police investigation uncovered blood left at the scene which was later taken for analysis.

In one exploit on March 17, a police chase ensued on Roystonea Avenue, Palmerston, after officers observed a stolen vehicle swerving dangerously, and in multiple occasions driving head-on into traffic.

Tyre deflation devices were used to stop the vehicle in Bellamack, and the offenders fled the vehicle on foot.

The court heard police searched a residence in Driver, where they found the 18-year-old hiding on top of a built-in bedroom cupboard.

The youth was arrested and taken to the Palmerston Watchhouse, where he remained until his hearing date.

The youth was tied to the offences using a range of evidence, including extensive CCTV and DNA left at the crime scene from a glass cut.

“Those episodes caused significant damage. They are serious examples of criminal damage and unlawful entry,” she said.

“Offending of this kind is prevalent. It is unnerving, indeed, alarming to the victims and the broader community.

“The trashing of and stealing from Knotts Crossing and the ram-raiding with stolen vehicles is highly confronting.”

The court heard the 18-year-old was on a number of court orders at the time of offending and had a heavy criminal record in the youth justice system.

Judge Blockland detailed a childhood marred by tragedy, a history of alcohol and drug abuse, and “real deprivation as a young person”.

She told the court the youth’s offending spiked at age 12 after the death of his younger brother.

He only attended school intermittently and can recall venturing out in search of food after being left unfed as a child.

Judge Blockland told the youth she hopes he receives help to “reduce the risk of re-offending and move on to live a meaningful life”.