The WPI measures changes in the hourly price of labour. It reflects changes in awards, enterprise agreements, minimum wage, and individual contracts.

The Territory reported the third lowest annual growth of all jurisdictions. In other jurisdictions, changes in WPI ranged from 1.9 per cent in both Western and South Australia to 2.7 per cent in Tasmania.

On the whole, national wages went up by 2.2 per cent, showing an upward movement of 1.8 per cent for the public sector and a 2.2 per cent growth for the private sector. 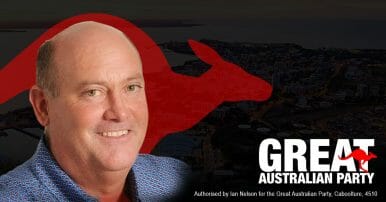 The widening gap between the Consumer Price Index (CPI)—or the rate of inflation, and the Wage Price Index (WPI) or the average household income, has become worse in Darwin.

Year-on-year CPI for Darwin went up by 5.9 per cent ending March 2022, while its WPI grew by only 2.1 per cent for the same period—the third lowest increase in all jurisdictions, as indicated by an earlier released data from the Department of Treasury and Finance

Darwin’s CPI is the highest of the capital cities, wherein the eight capital cities’ average CPI has shown a moderate increase of 3.9 per cent.

The biggest price increases for the period were in transportation, up by 13 per cent; housing, which increased by 11.6 per cent; and furnishing, household equipment and services, up by almost seven per cent.

Clothing and footwear, which went down by 3.4 per cent and communication, down by 0.8 per cent, were the only reported decreases for the period.