‘I can’t believe the Army is not there’: Sources say people too scared to enter Wadeye fearing violence 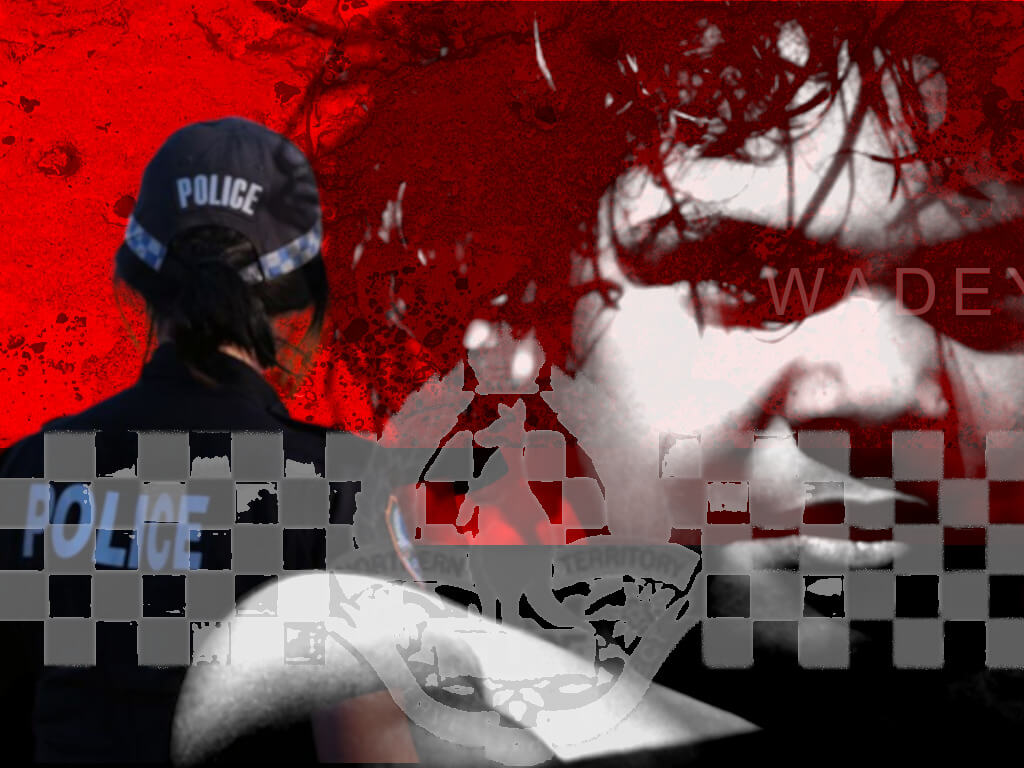 More than 400 people are still displaced, with hundreds living in tents on the edge of town too scared to buy food; the school has been closed after a teacher was assaulted, a man was speared in the leg and the Health Clinic attacked, children are walking around with homemade tomahawks, a worker’s camp was ram-raided, and at least 45 houses have been left unliveable due to damage from riots and ongoing violence in Wadeye, sources have told the NT Independent, none of which has not been made public by the NT Government or NT Police.

Authorities have not publicly released details of the carnage and the ongoing crisis in the remote community, but the NT Independent has been told the government has sent in an emergency management expert to evaluate the situation in an effort to try and stop the violence in the community about 400km southwest of Darwin.

In a statement on Thursday, media manager Rob Cross said a 29-year-old man was arrested during a “disturbance” on Tuesday evening that involved about 100 people who had armed themselves with rocks and improvised weapons.

But all accounts point to a much worse situation than authorities are divulging. 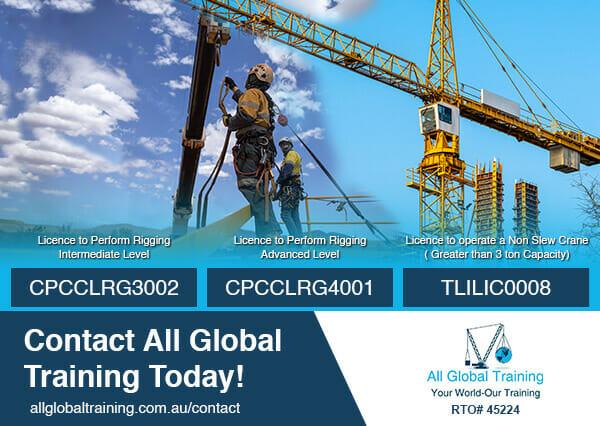 He said one man was taken to the local clinic with a foot injury and OC spray was used to disperse the crowd.

Mr Cross said that man was charged with being armed in public and taking part in a riot.

It followed a media statement late on Monday afternoon, in which Senior Sergeant Bradley Fox said about 300 people gathered on the oval, to fight using blunt and edged weapons on Sunday night and had to be stopped with chemicals. He did not detail what weapons were allegedly used.

“Chemical munitions were deployed by police to assist with crowd dispersal,” he said.

“Investigations are ongoing to assist with the identification and removal of offenders from the community.”

Ongoing violence, damage and chaos not made public

In late April the NT Independent reported NT Police continued to suppress information about violence in Wadeye, issuing a press release an hour and a half after being sent questions about the ongoing rioting, but which lacked vital information about bloodshed in the community and the reasons why the Territory Response Group had not been sent in to restore safety.

In that release, NT Police continued its suppression of details of violence and destruction in the town, but admitted there was “significant damage to property, including extensive damage to 37 residences”.

Acting Supt Fox was quoted as saying police had responded to “numerous instances of violence within the community recently, and it is believed historical tensions between local families are the cause of the unrest”.

He said “tensions had heightened since late March” and continued after the death of a 32-year-old man on April 19, which police only made public after the death. A source had told the NT Independent that man had allegedly been “speared in the head” by a metal pole.

Sources have described other significant attacks, injuries, and damage done in the town and the unfolding crisis after hundreds fled in April, which has not been reported.

Departmental information obtained by the NT Independent show that a total of 98 houses have been damaged, with 59 of those significantly damaged, including 18 that had been burnt. There were 39 that had minor damage that have people living back in them.

Some are still remaining in the bush in outstations and homelands, because of fears of reprisals, many in tents, with an estimated extra 50 to 60 displaced people living in the Manthathpe camp about 2 km out of town in tents. Government workers are reportedly having to go into Wadeye to buy supplies using Basics Cards for people who are too sacred to enter the community to go to the shop. 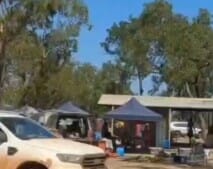 According to two sources, there were more than 400 people in total who are still displaced and too sacred to return to the town centre of Wadeye.

“There are still many people displaced, there are way more than 400. The government, church, and council still providing food and resources to at least four homelands,” one source said.

“Manthathpe is targeted, and the threat is that every house will be burnt. I don’t know who is the opposing sides…and I honestly believe that, after the last two months, the escalation has been steady, where anything is now possible.

“From what I see and hear, now is the most dangerous time, for the whole town. The whole town is hanging by a thread.” 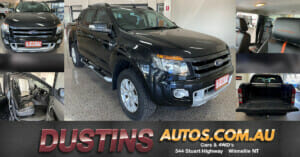 They said non-Indigenous workers were leaving town, three families last week, and newly advertised positions are not getting many applicants.

“Non-Indigenous people I speak to are either looking elsewhere or have the vigilante attitude, ‘If anything happens to me/family/property, the police won’t be involved in the retribution’,” they said.

They added there had been up to 90 tents and shelters donated by various organisations and government, with some people camping close to the outstations on homelands, while others are having to drive to a bore to collect water.

Meanwhile, the NT Government has strengthened communications with either satellite phones or Telstra mobile satellite boosters so people can communicate in the emergency.

“Food security is a worry,” they said. “With the day’s fighting starting when people come in and go to supermarket, and are blocked out by the opposing side.”

Earlier this month, the ABC reported about 400 people had fled into the bush and to homelands outside of Wadeye while West Daly Regional Council had made emergency food packs for 100 people along with generators, tents and sleeping bags. In late April, the Northern Land Council stumped up $100,000 for displaced residents to help with temporary accommodation, food, nappies and personal hygiene products.

It was reported at the time the Health Department had said there were seven nursing and medical staff in Wadeye, about half of what is required for the town, but Thamarrurr Development Corporation’s chief executive Scott McIntyre told the ABC that had dropped to three, with not enough staff to deal with critical injuries from fighting. 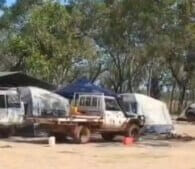 Another photo of displaced people in the Kurantiga outstation outside Wadeye

‘The crew’ has control of town, threatening others: Source

Another source confirmed there were many living in tents in Manthathpe and said there could be another 200 out bush living in homelands, all of whom they referred to as the “opposition”, who were too scared to go into the town centre for supplies because they will be attacked.

“These are all the people who have been displaced from their homes,” they said

“This means the ‘workers’ out there have to get their Basics Cards and go into town for them. Some workers have been threatened by the crew who have control of the town for helping their enemy.”

But they said the TRG had arrived in the community on Thursday in two LandCruisers, after having been brought in last month the deal with the violence.

“But I am surprised the Army is not out there,” they said. “I have never seen it like this.”

A third source confirmed there were many people who had lived in Wadeye who were now too scared to return for any reason.

“People are too scared to come into town, they can’t even go to the shops,” they said.

“If we help them out and give them a lift and the others see us doing it, our car will get smashed up.

“There are refugees all over the place. It’s like a war zone.

“There’s a kid of about 14 walking around with a big compound bow. Kids are walking past with homemade tomahawks, the kids we see with weapons are really young like 13 to 15-years old.

The first source said there would have been 45 houses left unliveable, with a fourth source estimating there was 55, while the second source said there would be 45 to 55 damaged houses, but emphasised not all were completely damaged. There had been 37 confirmed burnt in April with 10 of those having been relatively newly built, while sources said none of those 37 had yet been repaired.

The fourth source said NT Government specialist planning manager Jeff Ryan has been in the town interviewing people and inspecting the damage.

A fifth source said they had seen children roaming around the town with weapons.

“Fossil Head and Kurantiga are two out stations from Wadeye and both had people living in tents that are displaced from Wadeye. Kurantiga in particular has more than 12 tents and marquees.”

Attacks on the Health Clinic, school closed after teacher attacked

The first source told the NT Independent that on Tuesday a man was speared in the leg and a mob attacked the Health Clinic with police having to fire shots in the air to disperse the group. The third source confirmed that the man had been stabbed or speared and said the gang crowded the clinic to either stop the victim from getting in or get to him after he was already there.

“But yes, the shots happened,” they said.

The third source confirmed the man had been stabbed in the leg and Careflight flew him to hospital on Tuesday. The same source said the Royal Flying Doctors had flown into the community on Wednesday night but did not know who they took and why, which was backed up by the second source.

Two of the sources said a school teacher who was a local was attacked on school grounds and the school was shut down from Tuesday and is not expected to re-open until Monday.

“School is now being held on all homelands,” one said. “One homeland had a class held under a tent gazebo in the dirt.”

Meanwhile, the third, fourth and fifth sources said a worker’s compound that had people manning the federal election polling booths was ram-raided on Tuesday night but it is unclear if there were any dongas broken into, with reports cars were being smashed.

Another car was stolen from the compound and security there had rocks thrown at them, the second source said, while the first source said the Thamarrurr Development Corporation has also had a car stolen.