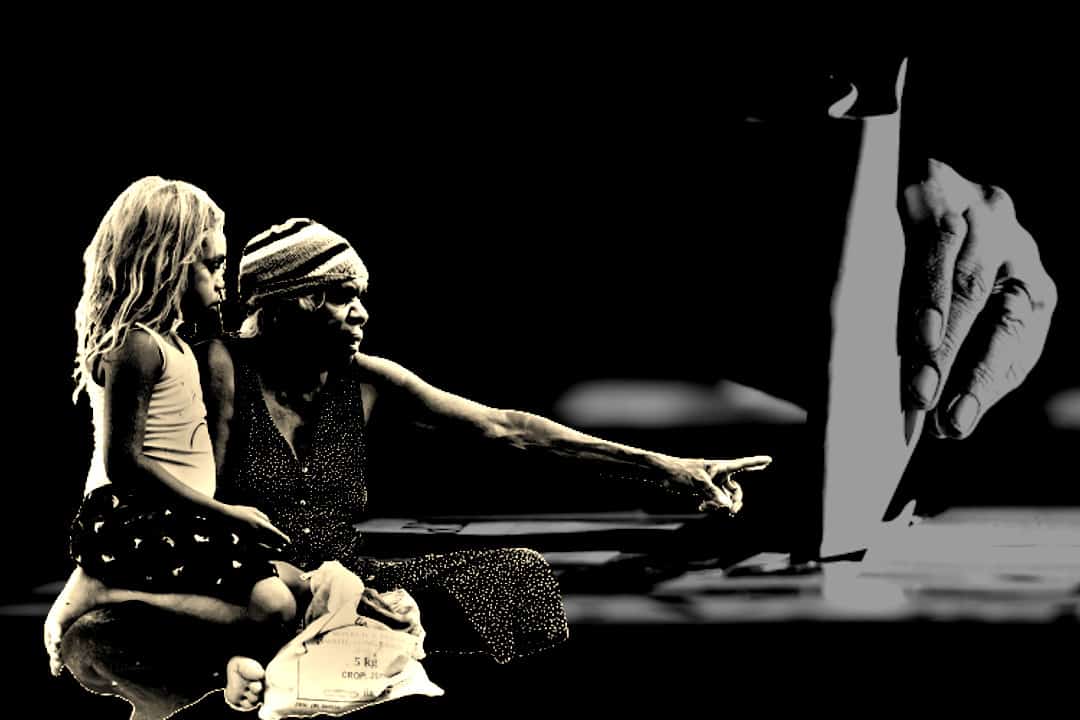 Larissa Baldwin and her team are in Minyerri, a week out from the NT election, after nearly a month traversing the Territory in and out of six different remote electorates in an effort to enroll as many Indigenous Territorians to vote as they can.

GetUp’s First Nations campaign director has covered thousands of kilometres with her team, and spoken with hundreds of Indigenous Territorians in that time.

Major issues are emerging from the different communities and Aboriginal organisations ahead of the 2020 election, she says.

Serious housing concerns, the environmental risks of fracking, healthcare worries and what Ms Baldwin calls “over-policing” are the big issues this election in the bush.

Getting those issues addressed is the tough part.

“We believe politics belongs to everyone,” she tells the NT Independent. “And it’s about making First Nations issues at the top of the political agenda – real change is needed.” 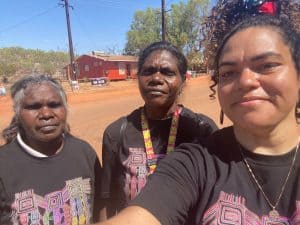 There’s a sense that after years of falling for cheap election platitudes from Darwin politicians, remote Territorians are fed up and looking for something real, someone who understands their issues and who might finally do something.

“People are feeling really disillusioned by the major parties,” Ms Baldwin says. “People are asking ‘why should I vote’. There are people in the communities who feel left behind.

“There’s a lot of disillusionment around the major parties. People know what they want to see and when they don’t get it, they get frustrated.”

When the Terry Mills-led CLP had its breakthrough in 2012, regaining power after 11 years in the wilderness, it was the bush that delivered the election victory.

But the CLP failed to do anything of note for remote Territorians in their four years in office, mostly under Adam Giles. A lot of talk ensued about remote homes, but not enough action.

So, in 2016, as the rest of the Territory tossed the scandal-plagued, self-serving Giles-led CLP out of office in the strongest terms possible, the bush went back to Labor – the party promising $1 billion for remote housing over 10 years.

Instead, the Gunner Government’s track record on remote housing has proven disastrous, with only a very small percentage of the huge pledge hitting the ground. A recent Auditor General’s report into the Gunner Government’s Room to Breathe remote housing program that aimed to upgrade homes, found in two and a half years of operating, only $16.4 million had been spent of the $200 million budgeted and that nearly $7 million of that was attributed to large contract variations after the contracts had been awarded.

And then there are the other hard figures that show the Gunner Government has been unable or unwilling to actually get other housing funds out the door. Of the estimated $330 million that should have been spent on remote Indigenous housing over this term of government, only $112.3 million was spent.

Remote housing failures have become such an issue that the Territory’s three land councils have called on the Gunner Government to relinquish their control of the program and hand it over to Indigenous groups to run.

“Housing is so important for health outcomes; Aboriginal communities understand how important it is,” Ms Baldwin says.

“The new builds are just not happening. It’s been a political football for decades and they’re not being built.”

Nick Milyari Fitzpatrick, a young Yanyuwa man from Borroloola, has been working with the Seed Indigenous Youth Climate Network for the last four years to help educate Aboriginal Territorians about climate change and more recently with GetUp, helping Indigenous Territorians understand the ballot they’ll see when the polling stations roll into their regions.

That includes sample ballots that ask voters to rank their favourite bush tucker in order of preference to get them used to the preferential voting ballot they’ll be confronted with.

“It’s about educating mob about the ballots and how they have to fill out every spot to make them valid,” Mr Fitzpatrick says. 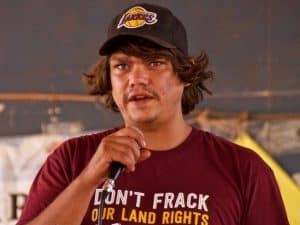 “Even me, I didn’t know how to vote before this or about all the different political parties. There’s a huge lack of info out in communities and a lot of work to be done to get them voting. This is the time now to do it. My generation need to educate them and get them onboard because their vote matters.”

“We got Labor in there who put in a temporary ban last time but then lifted it. Everyone is waking up to our water issues; the springs are drying up, it’s getting hotter,” he says.

“A lot of people were disappointed with that (fracking) decision they made. They were getting pressure form the federal government. A lot of us in the NT don’t want that stuff.”

‘People are running who understand their issues’: GetUp says Indigenous voters looking to their own for leadership

“Guyula is a huge success,” he says, adding that more independent Aboriginal politicians need to get involved in NT politics to fight for their people.

“It’s very possible I believe. That’s what we need. We need our people in Parliament to close the gap and bridge the western ways and our ways.”

There are strong independent Indigenous candidates running this election, including Gadrian Hoosan in Barkly, Ian Gumbula in Arnhem and of course, Mr Guyula in Mulka, among others.

Mr Hoosan, a strong anti-fracking advocate has been courted by parties but remained an independent candidate who will likely have an effect on how the Barkly electorate is decided on election night.

Mr Guyula is in for a tight race against former Labor MLA Lynne Walker who he beat by just eight votes last time around.

Mr Guyula’s success has paved the way for Indigenous Territorians to get involved in the process. And what a strong message it would send to the party establishment in Darwin if a few were elected.

Recent figures released by the NT Electoral Commission show a worrying low voter turnout at remote polling stations across the NT so far. Ms Baldwin says the coronavirus lockdown has played a part in that, as well as a lack of notice of where the polling stations will be.

“If no one is telling you the election is coming you won’t be able to vote,” she says.

“We don’t talk about voter suppression in this country but I think it is happening across the north of Australia. People can decide for themselves.”

GetUp have surveyed candidates and parties across the NT and distributed how to vote cards backing independent candidates. They say they will be at remote polling stations until the end of the week to discuss issues with voters.

Ms Baldwin adds this is a long-game approach that is expected to produce a few outcomes this time around.

“We’re focusing on the bigger picture around politics and not just this election,” she says. “It’s about accountability.

“I wouldn’t be surprised if there are more independent aboriginal candidates going into Parliament.

“So many seats are on a knife edge.”