‘We could be in COVID-19 emergency for four years’: Chief Minister 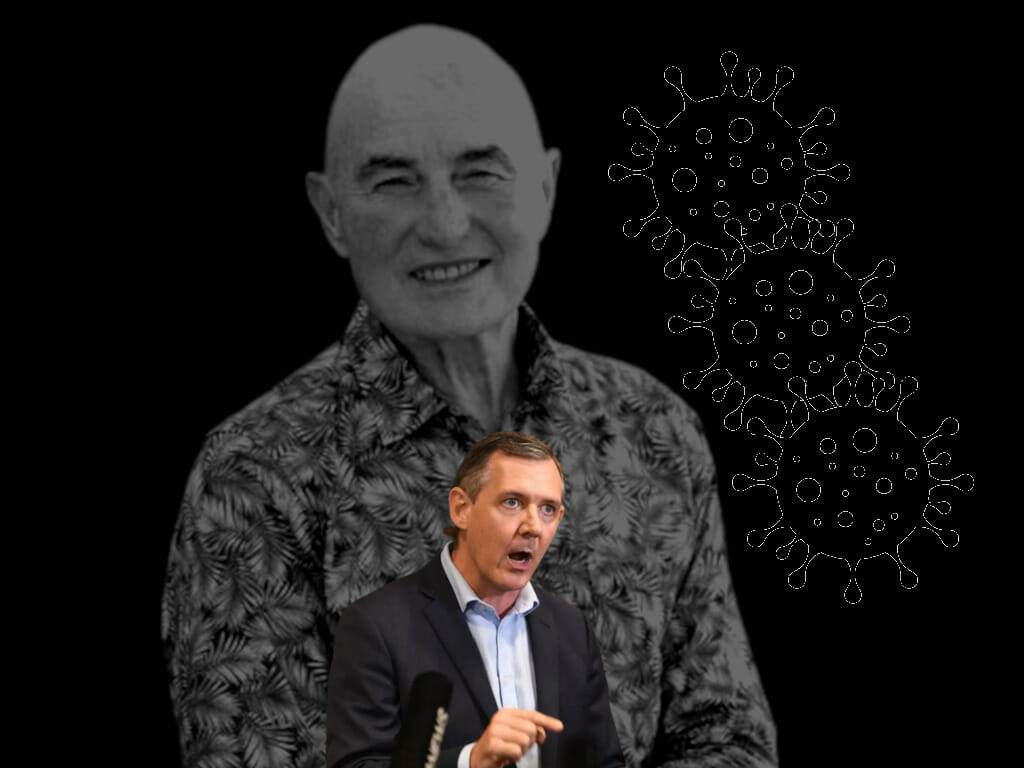 Chief Minister Michael Gunner has said the Territory could be in a COVID-19 “emergency” for a further four years in a confusing explanation for the need for his government’s controversial legislation giving the chief health officer special powers for two years after the end of the health emergency declaration.

Mr Gunner was being interviewed on Mix 104.9 when Katie Woolf asked him about the legislation introduced into Parliament last week, which would allow the CHO to retain powers to force vaccinations, mandate mask-wearing, to forcibly remove citizens from homes and other areas, to restrict movements of citizens, to search homes and seize items and to use “technology to assist with contact tracing”, even as the public health emergency ends.

The police will also continue to be given power to use force to carry out the CHO’s orders, and the courts would be responsible for imposing punishments on people who resist.

The government announced two weeks ago it would be extending the public health emergency for another 90 days, with the new legislation allowing for the CHO powers to remain in place for the two years after the end of the last emergency declaration.

Mr Gunner said the COVID-19 emergency could continue for up to four years but did not explain, and was not asked, on what evidence he relied on to form that belief, nor how the government would deal with it considering the new legislation gave the CHO powers for two years.

He suggested the emergency powers could be extended again after May.

“I think we’ve been a very open and transparent government talking through everything that we’re doing,” he said.

“I think that people understand exactly what measures we have in place and why.”

Mr Gunner was asked if the CHO not having to provide a comprehensive report for his decision making until after next election was transparent, he said the two things were not tied, saying people would vote on other issues.

“I don’t know when this emergency will end. I don’t. I know this legislation will pass in May, depending on the House, it will be in May,” he said.

“I don’t think the emergency will necessarily end in May. We could be in an emergency setting for quite a while.”

He was then asked why they needed to give the CHO powers for two years.

“So it’s up to two years, it doesn’t necessary mean the directions will be in place,” he said.

“We’ve been in an emergency setting for over two years already. And for all I know it could be three, four years before we get out of the emergency.

“I honestly don’t know the answer to that question, but I think is quite proportionate to say, or reasonable to presume, that we may be in a long ‘tail’ and have to have the ability to respond to things over two years.

“But it’s up to two years, it doesn’t mean there will be directions in place, it just means that we can have the ability to make sure we never get back into an emergency setting.”

The changes to the Public and Environmental Health Act will also mean the CHO will not be required to provide a full report on how decisions have been made since the pandemic began and would instead inform a minister about individual actions in a “summary” within 90 days, that the government said would not have to be tabled in Parliament for another 60 days “for transparency” purposes.