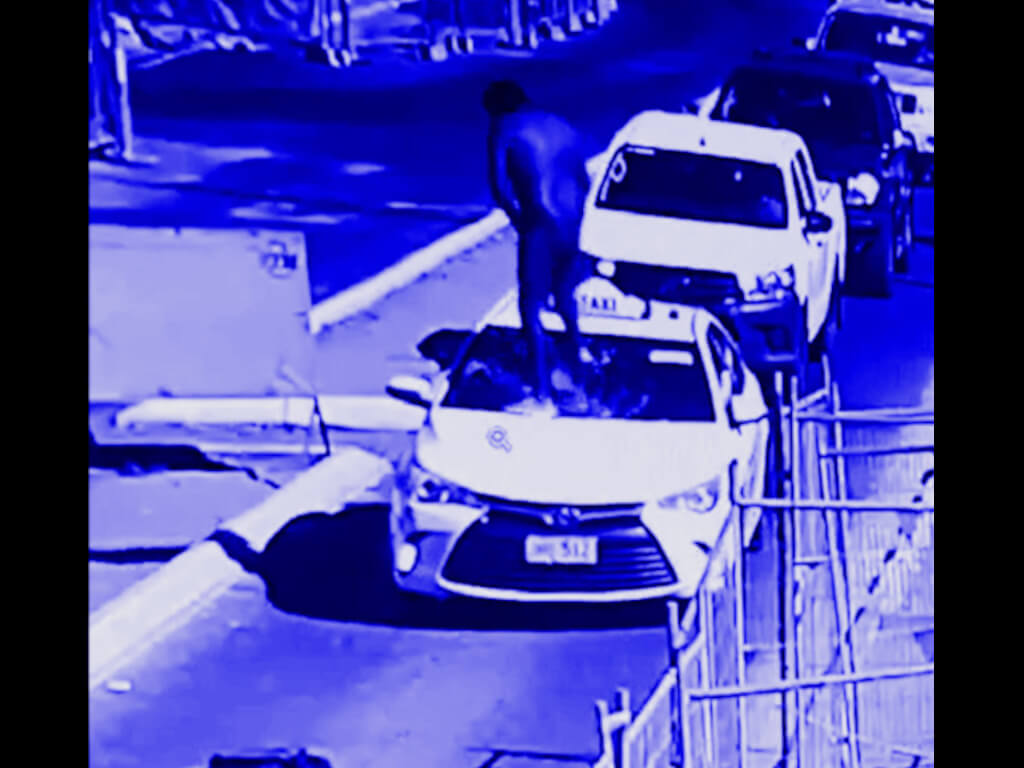 A video has captured a naked man – who had allegedly just seriously assaulted a woman – holding his penis before climbing on top of a taxi and smashing the windscreen with his feet, then sitting on the roof of the car as the driver takes off.

The security video shot in Alice Springs shows the man wearing only casual shoes, and holding his penis with both hands, while jumping onto the bonnet of a taxi at a rank, before stomping on and breaking the glass of the windscreen in front of the driver’s face.

The car begins to drive off and the man then sits on the roof with his legs dangling over the windscreen, holding his penis again. The video ends there.

In a media statement on July 28, NT Police media manager Rob Cross said police were investigating a serious assault on a woman in Alice Springs that day.

He said police believed the man and a woman he knew, had a verbal argument at a taxi rank on Bath St, before the man stripped naked and “caused significant damage to a taxi”.

However Mr Cross neglected to say when exactly the woman was assaulted and how, instead saying police arrested the naked man at the scene and paramedics took the woman to hospital for treatment.

Mr Cross gave no indication of the woman’s injuries or her condition.

Another video of the man walking down the street with no clothes on is below: