Letter to the editor: We need to stop saying ‘birth parent’ instead of ‘mother’ It was good to see a federal Labor Minister, Bill Shorten, step in to stop the use of the term “birth parent” instead of “mother”.

Sounds like common sense from someone in Labor except it hasn’t reached Labor in the NT.

NT Labor’s social engineers in 2018 introduced changes to adoption laws which scrapped the terms “mother and father” and replaced them with “Parent 1 and Parent 2” and “mother” for “birthing parent”.

In the adoption Adoption of Children Legislation Amendment (Equality) Bill debate I asked that those terms, mother and father, at least, be retained as an option because that would allow those mums and dads who still classify themselves as just that, to do that. 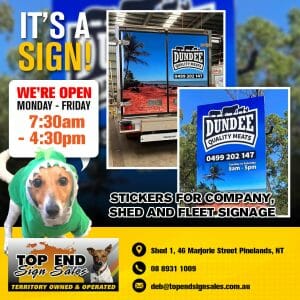 Unfortunately, NT Labor scoffed at that idea and would not support it. This is reflected in a quote from the then Labor Minister Dale Wakefield during the adoption debate where she said, “‘Birth parent’ is language I have heard regularly in conversation with people who are adopted. It is not uncommon language. It is clearly defined in the act that it is the parent who gives birth”.

Where was Bill when we needed him in 2018? To make up for it perhaps Bill can make sure kids drink breast milk not chest milk?