‘Unless someone speaks up there will be no change’: Veteran NT Police sergeant calls out leadership failures 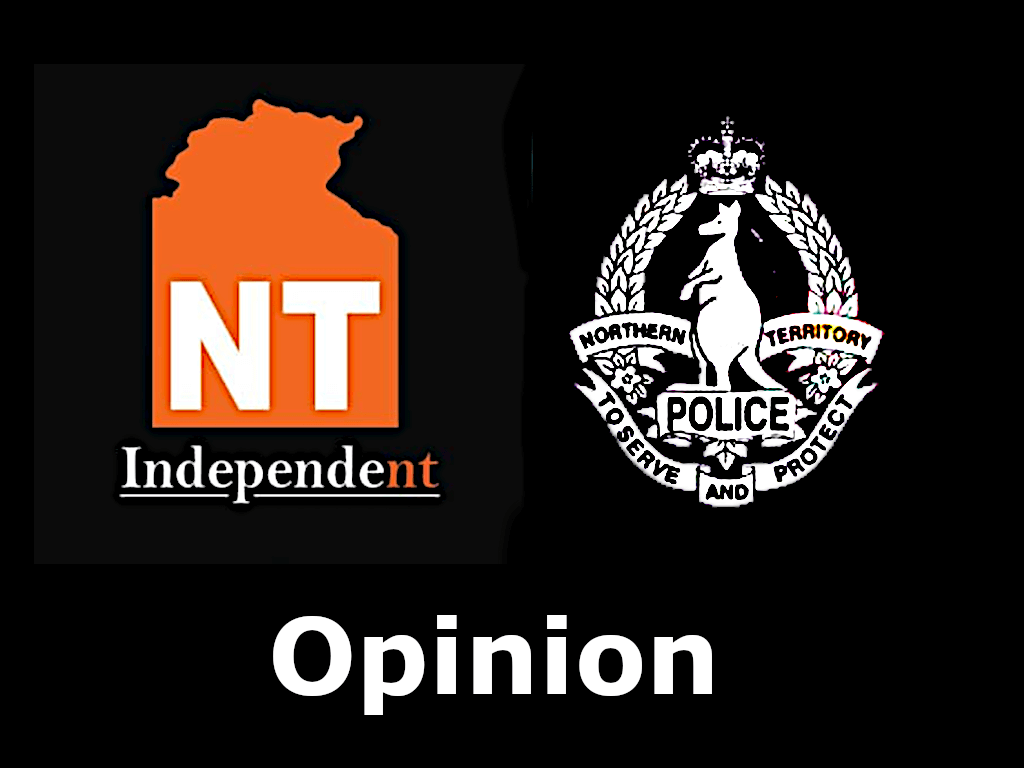 OPINION: My name is Mark Casey, I am a Northern Territory Police Force sergeant and I have been a member of this police force for 25 years.

I have concerns about the actions of executive officers of the NT Police, in particular the Police Commissioner Jamie Chalker. This concern relates to the authoritarian management as a whole, and specifically in relation to the charging of Constable Zach Rolfe.

I have observed the events since the day of the shooting and have held my judgement until now, as I feel that unless someone speaks up there will be no change. It is time for someone to stand up and allow the discourse to happen, rather than sitting in fear, waiting for someone else to take action.

There is the appearance that there has been deception, dishonesty, or at the very least, mistruths in relation to the circumstances of the decision to charge Zach with murder so quickly after the event.

Zach was unanimously found not guilty of murder, and two alternative charges, by a Supreme Court jury in March.

Mr Chalker, you stated you kept the investigation of the shooting at arm’s length.

However, you approved the media release the day before you were appointed. Your first day in the top job you reported Zach to the Office of the Independent Commissioner Against Corruption for improper conduct. And you were aware that Zach was going to be charged before it occurred.

And you want us to believe you were at arm’s length?

You are supposed to be the Commissioner of Police.

You don’t get the option of keeping things at arm’s length or burying your head in the sand and blaming others.

It was your duty, your responsibility to step in and make it right, or is there something you haven’t told us?

READ: ‘An erosion of trust, respect, integrity, and the lack of compassion and decency’: NT Police Sergeant’s resignation letter

READ: Letter to the editor: Some questions for the Police Commissioner Jamie Chalker

READ: Analysis: The six-minute-and-33-second statement that should cost the Police Commissioner his job

The same can be said for the coronial investigation. Detective Superintendent Scott Pollock, who is regarded as having the highest level of integrity and a strong reputation as a competent investigator, was being directed to change his opinion about the circumstances of Kumanjayi Walker’s death, because it didn’t fit the executive’s narrative.

Because he has integrity, you removed him from the case, and gave it to someone who would do what they were told. You then failed to disclose this to the prosecution and fought its release in court.

This was another example of when you should have intervened to make it right, but didn’t.

Five experienced detectives were required to sign confidentiality agreements – why? If there was nothing untoward occurring, why was this needed? This is another example of what you would be expected to intervene in, or did you order this to take place?

It is not the job of police to prosecute. Our job is to investigate the matter and provide all of the evidence to court, both inculpatory and exculpatory.

But you thought it would be a good idea to go through his previous arrests and only produce a few that you thought were questionable.

We are police officers, who are human, and work pretty hard in difficult circumstances. We are not perfect, but you know that.

Imagine if there was footage of you when you were a constable in Katherine. It was obvious that this was purely a smear campaign. Did you produce any examples of his good work for the jury to consider?

You had his phone interrogated, and the best you could produce was a text message to an Army colleague.

“Alice Springs sucks ha ha. The good thing is it’s like the Wild West and f*** all the rules in the job really…but it is a shit hole… ”

Mr Chalker you are not running a mini North Korea. Zach is allowed to have an opinion on whether he likes Alice Springs or not.

But we all say things in private that aren’t meant to be heard in the public arena. Isn’t that right Murray Smalpage? Another example of a double standard.

While Zach, a serving police officer, was on trial for murder, the most serious charge in the criminal code, you were not there supporting an innocent member, choosing instead to play golf interstate. Are these the actions of a good leader?

After the trial you gave a bumbling press conference and never mentioned the trial or Zach being found not guilty of any of the charges. No one is really sure what that was about. You also strategically placed yourself where you could make a quick getaway and not answer any questions.

This is something I would expect of a coward, but maybe you had some pressing issue to deal with.

You made sure he was served with a Section 79 disciplinary notice within two hours of being found not guilty, continuing your smear campaign.

This has to stop.

This is the time for a vote of no confidence; we need to restore NT Police values

Police rarely get recognised for good work and you got rid of the Rotary Police Officer of the Year Award because you didn’t like Zach being nominated! Police are leaving in droves because of you, and they are being served disciplinary notices to prevent them from going to interstate police forces.

This dictatorship needs to end and the core values of this police force need to be reinstated: integrity; loyalty; and courage.

It is time for the executive to lead by example, and not by the mantra of ‘do as I say, not as I do’.

Members are frequently punished for good work and rewarded for mediocrity or poor performance. Most members of this police force work hard and want to do good but are eventually worn down, particularly with the abuse of the draconian disciplinary system in place.

I have never worked with Zach, and I don’t know him, but I have spoken with people who have worked with him and do know him. He was by all accounts a competent, enthusiastic police officer and a good person. Look at his history, he has served this country in the Army. He is serving his community as a police officer. He has risked his life to save not one but two strangers from raging flood waters. And risked his life to apprehend a violent criminal.

If a police officer does the wrong thing typically their colleagues will not support them, but in this case everyone is supporting Zach.

To the anti-corruption commissioner Michael Riches: I hope ICAC is prepared to undertake this challenging investigation.