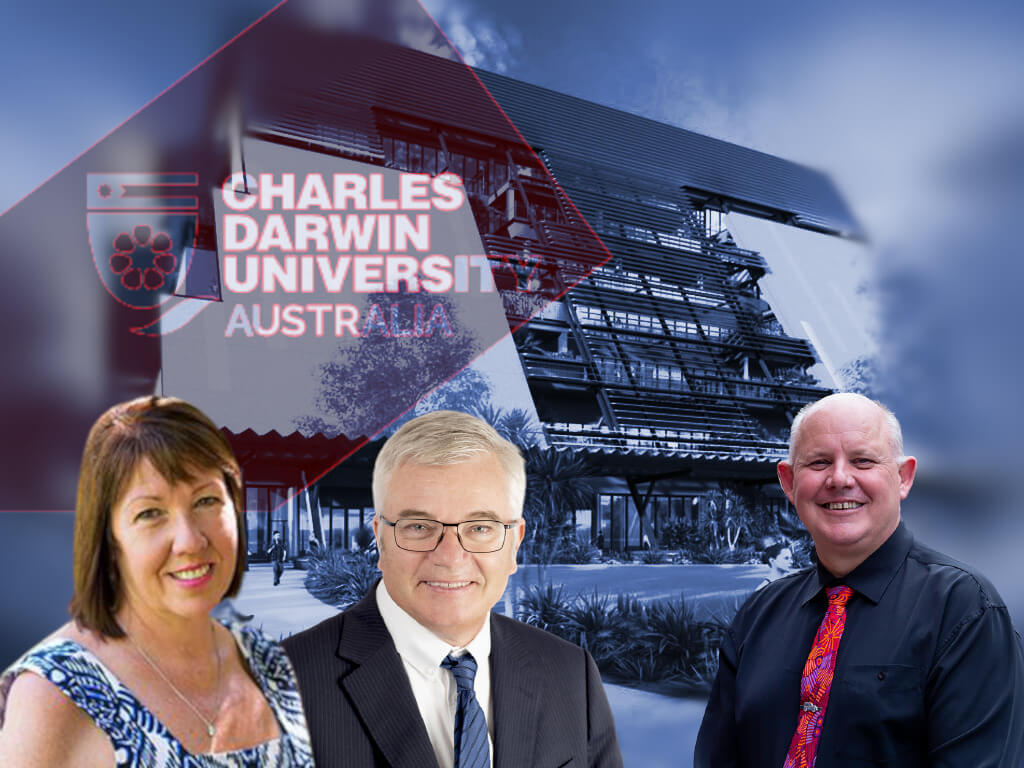 Charles Darwin University vice-chancellor Professor Scott Bowman has dismissed the two most senior executives at the university in what he says is a move to make the institution more “agile and flatter”.

Provost and vice-president Professor Mike Wilson and deputy vice-chancellor and vice-president of operations Meredith Parry will be made redundant and leave on Friday, according to a letter to staff from Prof Bowman, seen by the NT Independent.

Prof Bowman, who started in the role in April, said the move would mean the college deans and pro vice-chancellors for education strategy and research would report to him instead, while the functions of the operations portfolio will be redistributed across the other operational parts of the university.

A source within CDU told the NT Independent the redundancies were forced and not voluntary.

Prof Bowman said the removal of the two positions would make the organisational structure more “agile and flatter”.

“Other than those two senior positions, no other roles will be made redundant,” Prof Bowman said.

“I don’t propose to make any further structural changes at this time and all other changes will be a reporting line change only for the direct reports of the provost and deputy vice-chancellor of operations.”

However, nearly $40 million of that came from government grants tied to building works.

There was $25.1 million in grants for capital projects, including $9.9 million from the federal and Northern Territory governments for the new city campus, and $2.22 million for VET training facilities.

There was also a $14.3 million land gift from the Northern Territory Government, which is the car park next to the Darwin Post Office owned by Darwin Council which the university is building its new campus on.

The university also had a $14 million drop in expenditure, which it said was due to recruitment deferral and other “operating activities to conserve budget in response to the COVID-19 pandemic”. Of this, there was a decrease of about $8 million in academic staff costs.

However, CDU recorded an increase of about $2 million in non-academic staff costs.

Last year, the university axed 64 full-time positions or five per cent of all staff in its restructure to “fully align” Vocational Education and Training and Higher Education, cutting 19 VET courses in the process.

In late September, it was reported the Northern Australia Infrastructure Facility approved a $151.5 million loan to CDU to build the new CBD campus.

It came after the federal government had given the university $97 million for the development earlier this year.

At the start of the month, Prof Bowman announced CDU was starting a medical school, with 40 places beginning in 2023. CDU offers a medical course through an agreement with Flinders University.

Media reported that Prof Bowman had already appointed Emeritus Professor Ian Wronski as the deputy vice-chancellor for medicine and health.

Outgoing vice-president Prof Wilson oversaw the education side of CDU, and his university profile states he has a PhD from the University of Cambridge and was formerly, provost at Zayed University, United Arab Emirates, and held senior roles at the University of Leeds in the United Kingdom, and Victoria University of Wellington, New Zealand.

He was also CDU’s acting and then interim vice-chancellor from December 18 to April 4, 2021 after Professor Simon Maddocks left.

Outgoing VP operations Meredith Parry commenced her role in October 2016, after working as the chief operating officer for the Unitec Institute of Technology in Auckland, New Zealand’s largest technical Institute.

Prof Wilson and Ms Parry were contacted for comment.