There have been two new confirmed COVID-19 cases in the Katherine-Robinson River outbreak in the last 24 hours, Chief Minister Michael Gunner has said.

Mr Gunner told a press conference on Monday morning the two cases were in Katherine, with a 33-year-old Katherine East woman who tested positive in the Bicentennial Rd “catchment” having connections to a previous positive case. He said there were likely to be more positive cases in that area of the town.

Mr Gunner said the woman had a child who was a student at MacFarlane Primary School but the child had tested negative.

The second case was a 67-year-old man, but he did not have further details on that case 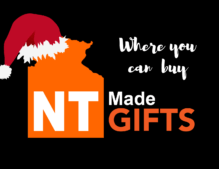 Acting chief health officer Dr Charles Pain said there were four people being treated in Royal Darwin Hospital for COVID-19 (out of 37 total cases) but a woman who was the most unwell was no longer receiving oxygen, and none of the patients were in the intensive care unit.

He said there were 1,070 COVID-19 tests done in Katherine yesterday, with an additional 157 in Rockhole and 15 in Warlpiri camp but those critical test results were not expected back until this afternoon.

Mr Gunner said Robinson River would immediately move to a “lockout” with fully vaccinated residents being able to move around the community wearing masks, but must stay within the community and surrounding areas.

He said he expected it would stay that way until at least December 1.

But the lockdown in Katherine has been extended until Wednesday at 6pm.

Police Commissioner Jamie Chalker said six adults and two children from Binjari snuck into Katherine on Sunday night but they were brought back and the adults fined $5,000.

It was Monday last week when the NT recorded its first positive case of COVID-19 in a remote community – and the Katherine-Robinson River cluster started – with two positive cases reported – one in a 43-year-old vaccincated man from Katherine, and the other case in a unvaccinated 30-year-old woman who was also in Robinson River, near Borroloola.