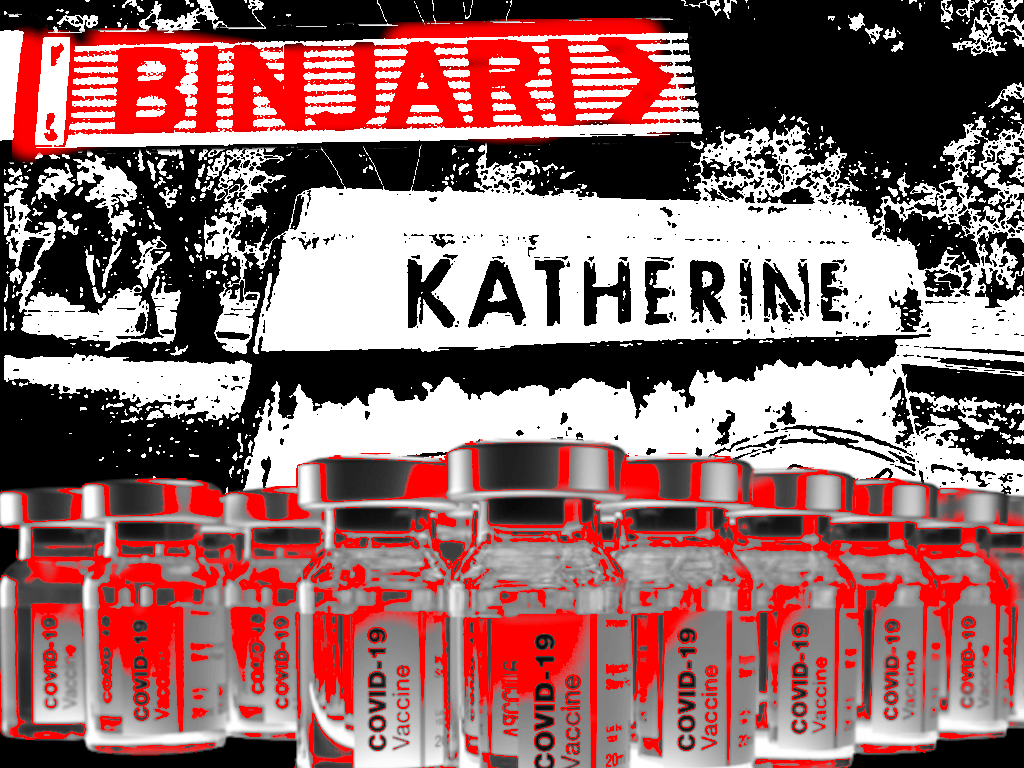 There have been three new confirmed positive COVID-19 cases in the Katherine Robinson River outbreak in the last 24 hours the Chief Minister Michael Gunner has said.

Mr Gunner told a press conference this morning the first case was a single-vaccinated man in his 40s who was identified as a close contact to another positive case last Monday, but had tested negative twice last week while in quarantine at Howard Springs.

The second case was an unvaccinated woman in her 20s from the Binjari community who went to Katherine Hospital yesterday after showing symptoms and is now in quarantine, he said.

While, he said, the third case was an infant from Robinson River who tested positive while in quarantine who has been transferred to Royal Darwin Hospital.

Mr Gunner provided more details from a new case from yesterday. He said an vaccinated man in his 60s who works for the Director of Public Prosecutions in Katherine and was in courts had contracted the virus. While they were still investigating, he said the government believed the man was a contact from the Captain Jack’s fish and chip shop exposure site.

The total number of cases from the current cluster is 40.

Acting chief health officer Dr Charles Pain said there was COVID-19 found in the wastewater in the Bicentennial Rd and golf course areas of Katherine and they were testing people there.

Mr Gunner said the government was working with Woolworths Katherine and other businesses such as child care centres considered essential services to allow them to open even when they are an exposure site. He said Katherine would in lockdown or lockout until at least December 4.