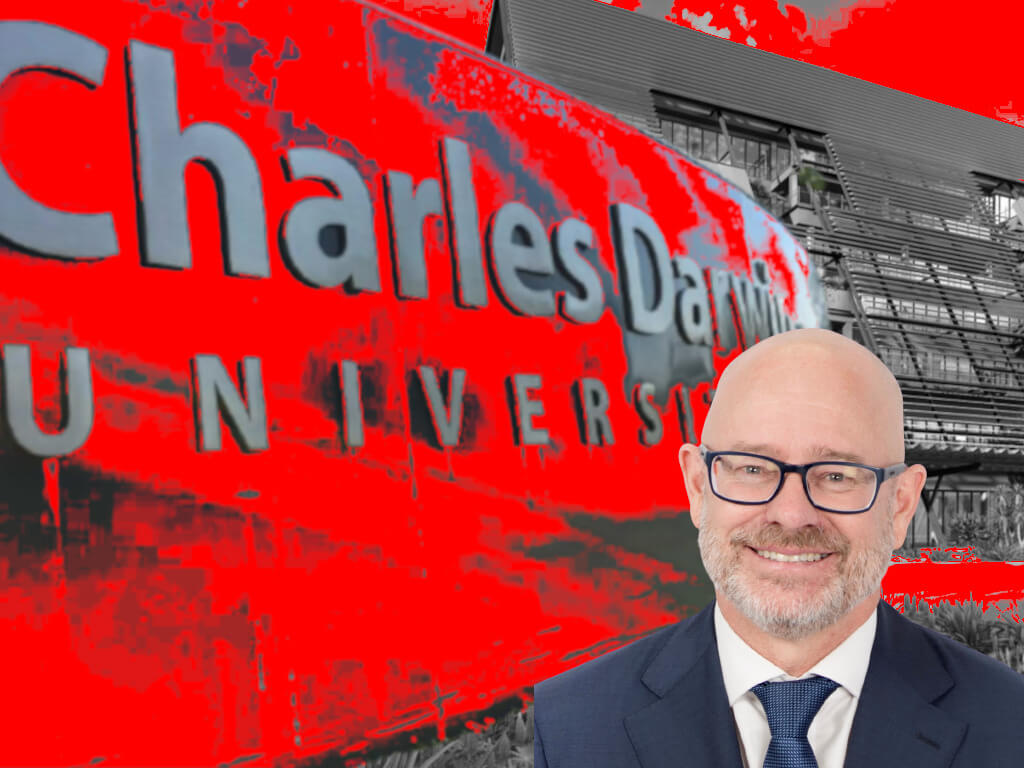 The head of education strategy at Charles Darwin University has resigned, vice-chancellor Professor Scott Bowman has said, marking the fourth senior executive to depart or announce their departure from the institute in a little over three months.

Prof Bowman wrote to staff on Tuesday announcing Professor Robert Fitzgerald had resigned as the education strategy pro vice-chancellor to return to Canberra to be closer to family after beginning in the role in July 2018. He said he would leave in mid-January.

“Robert has led the creation of the ES  [education strategy] portfolio, and has made a significant contribution to many facets of the University during a time of considerable change,” he wrote.

“He has also made a significant contribution by developing a new and contemporary teaching and learning plan across higher education and vocational education and training as well as leading a complex change process that resulted in education strategy being resized and reshaped with a clear focus on quality and high quality digital learning.”

He said Prof Fitzgerald’s portfolio was one of the most challenging areas in the university and hoped to have the role filled under the new title of pro vice-chancellor learning and teaching by the time Prof Fitzgerald left.

Prof Fitzgerald was appointed about the same time as Professor Philip Seltsikas who was made the student engagement and success pro vice-chancellor.

Prof Bowman, who himself started at CDU in May, said Prof Fitzgerald later began acting in that role in 2019 at the start of the pandemic and lead the teaching response to COVID-19.

Prof Fitzgerald was among a group of ten ‘principal officers’ listed in the CDU annual report, a group that has been reduced to eight when on October 21, the NT Independent reported provost and vice-president Professor Mike Wilson, and deputy vice-chancellor and vice-president of operations Meredith Parry – the organisation’s two most senior executives – were made redundant in a move another source said had left the university in shock.

While there seemed to be no official announcement by the university, a source has told the NT Independent VET pro vice-chancellor Associate Professor Noordin Shehabuddeen was also made redundant in August after taking the role on November 30 last year.

The annual report showed former CDU vice-chancellor Simon Maddocks was paid a total of more than $1.17 million in wages, entitlements and termination payments when he left the role last year, following university losses of more than $93 million in the preceding five years.