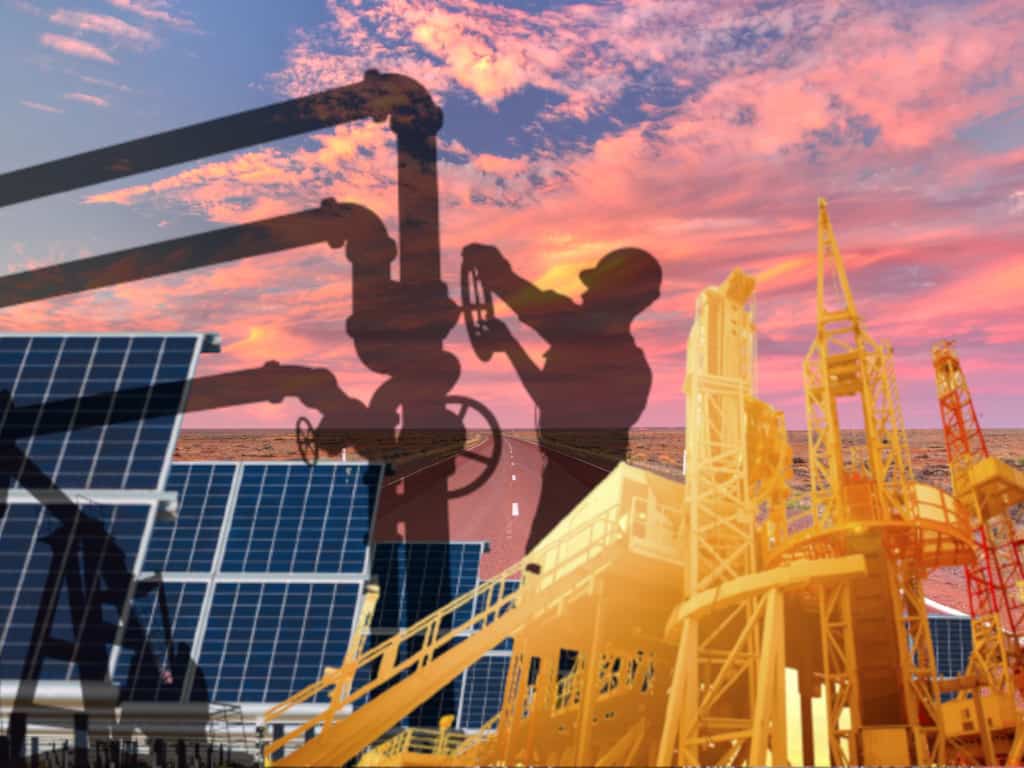 The much-hyped Territory Economic Reconstruction Commission’s plan for saving the Northern Territory’s economy post-coronavirus has come down to plans already in place: further developing natural gas reserves and expanding the mining sector, while also simultaneously moving to achieve a “decarbonisation plan” to reach net zero emissions by 2050, with a focus on renewable energy.

There were also vague platitudes for attracting much-needed but to date elusive private investment to the NT.

Chief Minister Michael Gunner unveiled the plan on Tuesday and said he was confident the latest “champions” he assembled to draft the report would lead the Territory to glory, despite previous reports and a “Team NT” group who have supposedly been developing the same program for years.

Mr Gunner said the Territory’s economic future was dependent on implementing the new report’s recommendations, which he said will require “all of us; the private sector, the public sector, the non-government sector to work together”.

He later admitted that his government was already “making progress in all these areas” identified in the commission’s “new” report.

“We’ve made it through some tough years, we’ve excelled in a crisis – and now we are in pole-position for the comeback,” he said.

“I thank the Territory Economic Reconstruction Commission – our team of champions – for their contribution to the Territory over the last six months. Their work will help ensure the Territory is Australia’s comeback capital.”

The commission sought to expand the NT’s economy from $26 billion a year to $40 billion by 2030. That, it says, is only achievable if the Gross State Product grows on average by 3.9 per cent, compared to the 10-year average of 2.6 per cent, which dropped in recent years as the Territory struggled to attract much-needed private investment.

The report recommended achieving its lofty ambitions by focusing on key areas including helping private industry to develop the Beetaloo basin for natural gas by providing infrastructure, harnessing that gas for petro-chemical manufacturing, pursuing renewables such as hydrogen, solar and battery storage development, cutting red tape to attract private investment, and investing in non-descript ways in tourism, defence, the space industry and the digital industry.

“So, it identifies obvious opportunities in renewable energy [which is] for us a real comparative advantage,” he said.

“I think that it describes pretty well the state of play in the NT.

“However, it is over-optimistic about the likelihood of quick progress towards their rather optimistic goals. [Will] our space industry be making big bucks (which stay in the NT) by 2030?

“Lots of platitudes about common directions and synergies and working together.”

It also said the government should address “investors’ lack of familiarity with Aboriginal land tenure and how to navigate its processes”.

The report is filled with many more platitudes, including that “a step change in the level of sustained private investment is required to fuel growth and jobs” and “the Territory must actively channel global forces to create a competitive advantage”.

It also mimicked Mr Gunner, suggesting achieving its economic goals means “not business as usual – it requires a systemic shift in the role of government, from facilitating investment to one of actively pursuing and winning investment for the Territory” – similar words used in the Langoulant Budget Repair report that highlighted the government’s structural deficit that to date have not been taken on board.

The TERC’s report stated that the NT’s net debt could double from its current $8.4 billion to $16 billion by 2030 – a figure directly from the NT’s Treasury Department.

A more accurate figure presented in the Langoulant Budget Repair report suggested the real net debt could be over $30 billion by the end of the decade, if out of control government spending was not curtailed, which the latest budget shows has not been achieved and has accelerated the government’s grim fiscal future.

The TERC report also pointed to the long delayed “pipeline” of projects as being crucial to the NT’s economic recovery despite not yet coming to fruition after years of government promotion.

The report recommended creating a new Major Projects Commissioner role to help get those projects rolling but that final decision making and regulations be left with the government.