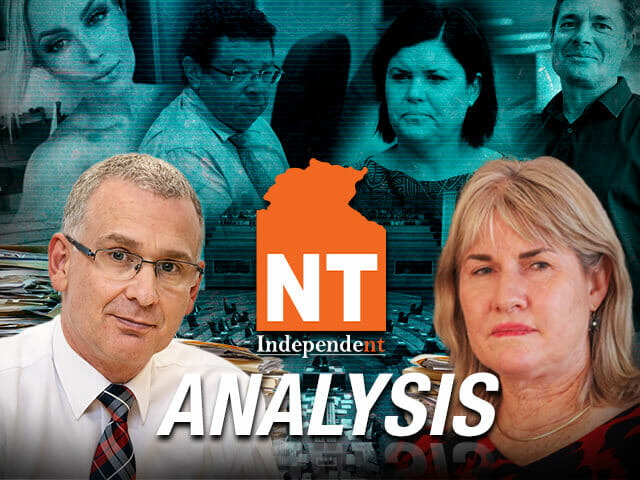 ANALYSIS: This week’s Budget Estimates hearings have again raised some truly troubling facts about corruption in this place and how the Gunner, sorry, Fyles Government continually fails to address it, choosing instead to excuse it and in at least one instance we heard of this week, foster it.

It was a sad sack scene of woeful performances all around that offered further proof, if anyone was looking for it, that this is a moribund jurisdiction, with a government clearly not in control of their business leading us undoubtedly toward a day of reckoning … at some point.

The government likes to talk about “providing certainty” for every decision they make and what is certain, after watching this week’s performances, is that in the near future the whole show will have the curtains closed on it.

It surely can’t go on like this, with a government this lost and a public service laughing and lying, jubilated at what they’ve been able to get away with for so long.

It was an interesting cast of characters who fronted up this week to attempt to justify their existence and continued subsistence on the public purse.

First, we had the man in charge of investigating corruption in the NT Public Service broadcast his appearance out of a bunker somewhere, apologising for coughing and sneezing and blowing his nose in between questions, but informing the committee he needed to get his message out despite his COVID diagnosis: that his investigators are not properly qualified to be investigating all of the shit they have to deal with but that he’s “upskilling” them, that the government cut his funding by 20 per cent for the year against his wishes, and then he let slip, by declining to answer a simple question, that his 23-year-old executive assistant was the ICAC employee charged by police last week for allegedly leaking sensitive information to someone, her identity later confirmed by the NT Independent.

No explanation as to how the hell a then-20-year-old with no post-secondary education and no discernible skills was hired by the Office of the ICAC and installed on the operations committee to sit in and take notes while the most senior investigators in the office discuss the most politically sensitive issues in the Northern Territory.

That is still to come before the courts, and she is yet to enter a plea, so we will wait for those answers for now.

But we also caught a glimpse of what’s keeping the “upskilled” ICAC investigators so busy. 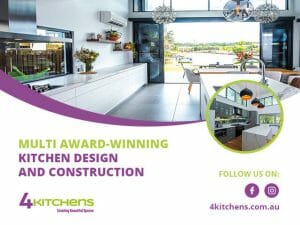 First, we heard how a senior public servant allegedly misled the Labor Cabinet, but that the ICAC could not investigate the matter due to cabinet confidentiality conventions, which were never intended to be used to cover up potential crimes.

The real shocking part of that was that the Chief Minister and her Labor Cabinet colleagues didn’t care enough about it to assist the ICAC with his investigation by handing over what would have been a very small cache of documents relating to one incident.

Why wouldn’t they want to get to the bottom of an allegation that one of their most trusted advisers lied to them and improperly influenced a Cabinet decision that no doubt cost taxpayers millions of dollars?

Most likely because whoever misled them probably has other information on them that would be politically damaging if it were to come out.

So, instead of seeking justice, the Fyles Government covered it up and moved on. Just another day in NT politics.

We weren’t told who the person from “outside Cabinet” was. But there’s only a few people with the power to influence Cabinet and most of them were up this week, or will be, when Estimates hearings continue next week.

Lawler takes centre stage, her DIPL chief executive on the side

We also heard from one senior public servant this week who spent a lot of his limited time at Estimates appearing to mislead the committee – in front of everyone – about a corruption investigation he ordered in 2019 into the Katherine DIPL office, which then sparked an ICAC “review” of the department’s procurement policies and procedures.

But Andrew Kirkman claimed he knew nothing about the 474-page corruption report that he himself commissioned and then had the gall to tell the committee that he had no idea why the ICAC had ordered a “review” of the policies at the Katherine DIPL office earlier this year.

The problem for Kirkman is that a lot of evidence exists that shows he knew about the 474-page report and it wasn’t until it was being read aloud from a 2020 NT Independent article that Kirkman reversed his first bullshit story and said he knew about it all along and had in fact told the committee about it earlier.

That actually happened. In front of everyone. After denying any knowledge of the report, stating specifically on more than one occasion: “No, I don’t know anything about that”, he just seconds later, after more facts were provided that showed he did know about it, told the committee that he had already informed them about it “earlier” and that it was an “individual investigation”.

That is a serious Jedi mind trick and he seemed to get away with it. But he still can’t explain why he told the committee he had no idea why the ICAC is currently reviewing his department’s policies and procedures.

His own Minister, Eva Lawler, waded into it to defend him, saying he had properly answered the questions when he said he had no knowledge of the report. She failed to correct him or explain that she knew about the corruption report too.

As we know, it is certain nothing will happen to a chief executive or a minister for appearing to mislead the parliamentary Estimates committee.

The clown show continued with songs and dances and varied performances, some of little note, other large in production but short on facts. There was the Mining Minister who has failed in every other serious portfolio she’s had telling people she was single handedly bringing mining back but had to concede only one new mine since 2016.

And then there were the 1400 health staff who resigned in nine months to March 31, and how the Labor Government’s COVID-19 flagship economic stimulus program, the Home Improvement Scheme, has been referred to ICAC by the Auditor General.

And how Gunner’s secret ICAC Act review will remain secret until the government proposes legislation, and that the public will never know who influenced the changes that will be coming. Was the same person who allegedly misled Cabinet allowed to have a say in how the ICAC investigates corruption or were others who have engaged in corruption allowed to contribute? We will never know.

In perhaps the oddest performance, we heard a seriously delusional Treasurer tell the committee that Territorians love the state of the government’s books – that saw net debt rise from $1.7 billion when Labor was elected six years ago to $8.7 billion this year – so much that they are approaching her in the street to tell her how happy they are. Again, she actually said this.

Eva Lawler said businesses were thrilled and banks and investors were talking about how great things are in the NT. This is not true. Nobody would say that for any reason, not even the humble and mild-mannered Under Treasurer Craig Graham, who put together the books and knows it’s all reliant on federal GST revenue and that this government has done little to improve the bottom line or grow the economy.

Private investors are not going out of their way to invest in a place that covers up and protects people who improperly influence Cabinet decisions. That’s a major red flag. Is this jurisdiction corrupt? If they’re not holding anyone accountable for their actions, it certainly looks like it.

This might not even have been the worst Estimates hearings we’ve ever seen in the NT, but it was a sad show from a government that has lost the plot and a leader who has shown no intention to carve out her own path away from Gunner’s flawed course.

Chief Minister Natasha Fyles made a big deal last month about how she would be putting her own mark on the leadership and how “tough” she is. But pubs in the NT are full of people who will tell you they’re tough – the real ones never have to.

If Fyles wants to show Territorians she’s serious about differentiating her leadership from that of the woeful Michael Gunner experience, she needs to take action and start cleaning this place up, beginning with her own ministers and their chief executives.

The first step is to call the ICAC and ask him what documents he needs to further investigate the person who misled Cabinet. That would go a long way to showing people she’s serious about her job and fixing what’s wrong with the Northern Territory.

But that won’t happen. You can count on that. Lack of action and cover-ups is this government’s only “certainty”.