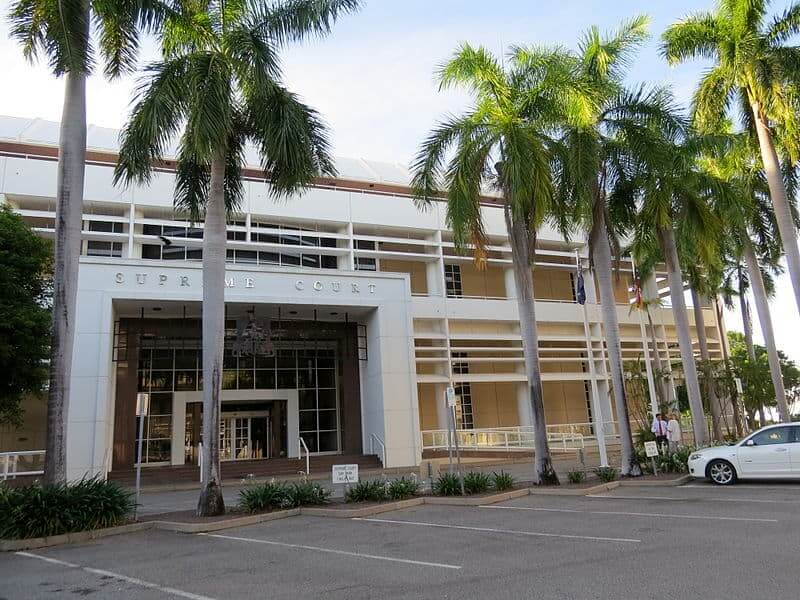 An NT Supreme Court Judge has described the actions of a Darwin man as “very seriously striking at the heart of justice” after he provided a false confession to police that he ran over an 83-year-old woman.

Noel Kenyon, 39, this week pleaded guilty to charges of perverting the course of justice, which carries a maximum penalty of 15 years imprisonment.

The charges came after Kenyon’s younger brother reversed over an 83-year-old senior pedestrian at a service station near Palmerston on August 15, 2018.

Unlicensed at the time, the brother, David, fled the scene without providing any assistance to the woman.

Instead, the court heard Kenyon took $1200 in cash, two ounces of cannabis and four bottles of alcohol from his brother to falsely accept responsibility as the driver.

In handing down his sentence, Chief Justice Michael Grant said Kenyon’s offences were “unsophisticated”, but would be treated “very seriously”.

Labelling Kenyon as a “man of demonstrated and longstanding poor character” who has “shown an entrenched attitude of disobedience to the law for the last 16 years”, Chief Justice Grant outlined a long history of crime to the court.

The court heard Kenyon had previously been an “active housebreaker”, but had more recent charges of violence against women and car theft.

Chief Justice Grant said Kenyon’s prior convictions, including an assault against a female using an unidentified weapon in 2007, three convictions for firearms offences and 16 convictions of break and enters, meant prospects for rehabilitation were “fairly poor”.

“Offences of this nature are treated very seriously by the court because they strike at the heart of the administration of justice,” Chief Justice Grant said.

“Arrangements with the intention that an offender avoids criminal responsibility for the consequences of his or her conduct, and the assumption of that responsibility by a person who has not committed the offence, are anathema to the principles of justice.

“The people who enter into arrangements like that require severe punishment, and deterrence will be the paramount purpose in sentencing.”

Kenyon was sentenced to 16 months in prison, to be suspended after eight months.