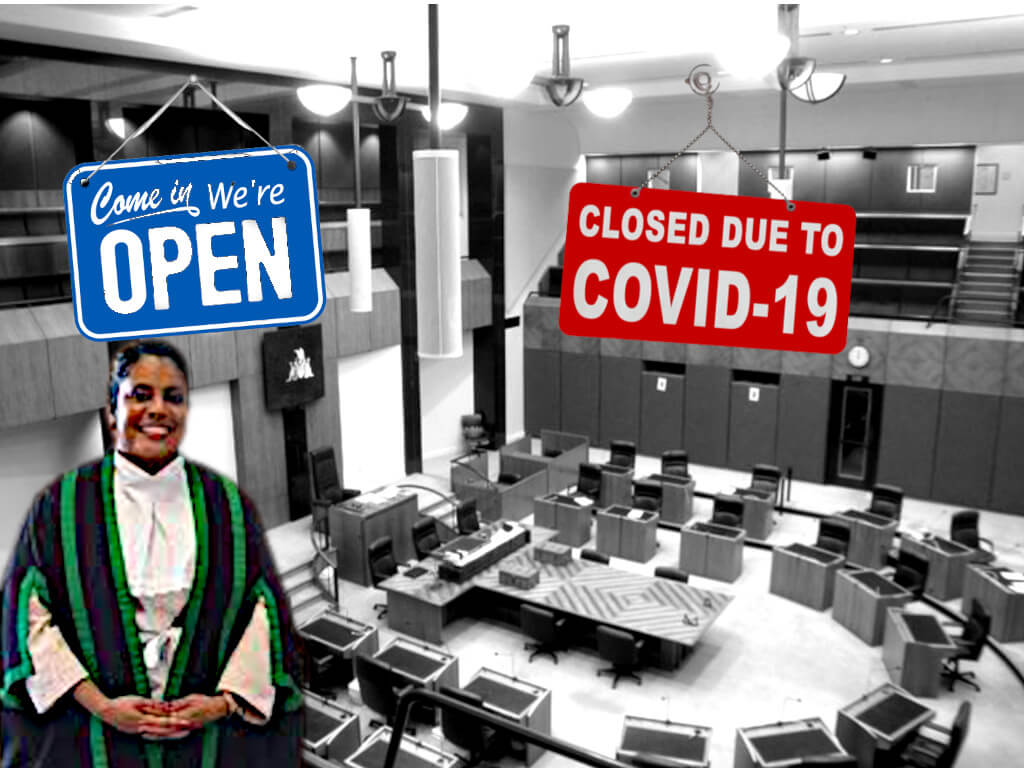 Speaker Ngaree Ah Kit said she has received new health advice that allows her to keep the public out, but open the media gallery of Parliament, by simply implementing COVID-19 measures for journalists that have long been in force in the Territory as part of the chief health officer’s directions.

Despite being questioned specifically in Parliament on Tuesday by Opposition Leader Lia Finocchiaro about what part of the Parliament House COVID–19 safety plan prevented the galleries being open, all Ms Ah Kit said was she thought the more people who came into the building, the bigger the risk of COVID-19 spreading.

Ms Finocchiaro also pointed out there were still events being held in the rest of Parliament House.

“Can you advise the house of whether you were directed to close the galleries so that the government could limit its exposure to scrutiny and accountability by Territorians?” she continued.

Ms Ah Kit said she was complying with the CHO directions and trying to minimise the risk of COVID–19 infection to members and staff working in the chamber. She later said she would ask the CHO for advice again.

“I guess the part that stuck out for me is that, the more people who come into a space, there is more potential to spread COVID-19,” she said in the chamber on Tuesday.

“At no time do I seek advice or take advice or anything like that from any of the other members.”

But she did not explain why the restrictions she was enforcing were more severe than the restrictions being enforced by the Northern Territory Government in other public buildings and on private businesses.

The high profile Zachary Rolfe murder trial in the NT Supreme Court next door to Parliament House has an open public gallery but with restrictions on how many people can be in the court and reduced daily sitting times, and a mask mandate.

In her statement on Wednesday, which did not come out until noon, Ms Ah Kit said she had sought advice from CHO on Tuesday about the the ability to re-open galleries in a COVID safe manner.

She did not mention the public galleries in the statement, nor how health advice could differ for the media and public galleries, and why she took so long to make the change.

The NT Independent has asked to see both sets of health advice the Speaker relied on to make her decision, and asked what would have to change for the galleries to be open in the future but there had been no response by the time of publication.

The media gallery is limited to eight people at one time, who must wear masks and keep a distance of 1.5 metres.

The public galleries of Victorian, NSW, Western Australian, and the ACT parliaments are closed because of COVID-19 restrictions.

But the Queensland and Tasmanian parliament galleries are open, while a decision on whether South Australian galleries will be open has not been made yet.