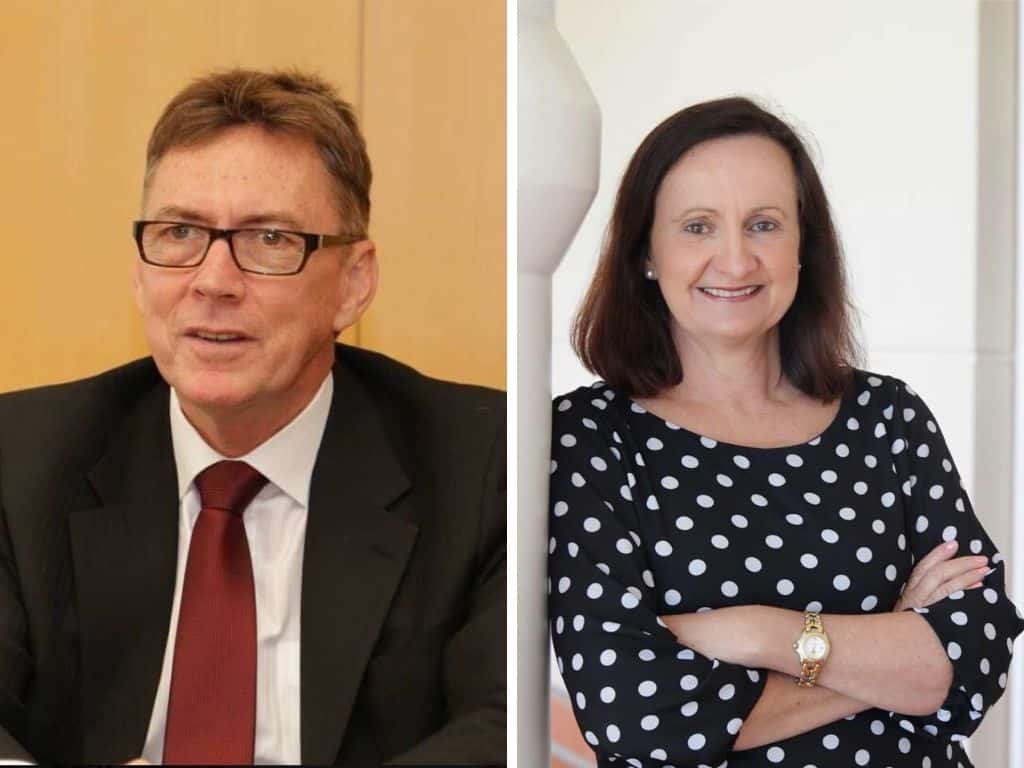 As first reported by the NT Independent yesterday, Ms Lambley made the move official in a press conference in Alice Springs with Territory Alliance leader Terry Mills on Wednesday morning.

By late afternoon, the CLP was reportedly stripped of opposition status, but by evening it remained unclear who the official Opposition was, with Speaker Kezia Purick not releasing a public statement verifying opposition status.

That uncertainty was reminiscent of NT politics in 2015, when then-chief minister Adam Giles was rolled by his party but refused to stand down, leaving the Territory unsure who the leader was.

Earlier, at a press conference on Wednesday, Ms Lambley said she was not joining the new party for official opposition status, but rather to more effectively represent her electorate and fix crime in Alice Springs.
“It’s not about positioning or money or opposition status,” she said.

“As an independent Member of Parliament I have been limited in what I can promise and what I can deliver – as a member of Territory Alliance I will promise and I will deliver.
“I have listened to the people of Alice Springs and they have told me they want a youth curfew. I promise that a youth curfew will be delivered to Alice Springs within the first 100 days by a Territory Alliance government. We will make the streets of Alice Springs safe again.
“I feel very confident this is the right way for me to go.”

She added the Gunner Labor Government had taken the NT to “extreme points” with youth crime and economic mismanagement.
“Our party wants to bring things back to the middle where people feel safe and comfortable,” she said.

Ms Lambley’s decision to join TA brings its total to three members in Parliament – more than the two seat CLP, which under Parliamentary conventions entitles them to official opposition status and whatever is left of the roughly $1.7 million annual budget.

She said she and Mr Mills had earlier approached the CLP and attempted “to build a bridge” but had been rebuffed.
“I can’t wait any longer,” she said. “The Country Liberal Party is deteriorating more than ever. This (TA) is the future of the Northern Territory…”

In a letter to Speaker Kezia Purick today, Mr Mills offered his assistance to hasten the process of removing the CLP from their fourth-floor offices at Parliament House and stripping them of the resources of official Opposition.

“Considering there is parliamentary sittings next week, you may agree that it would be prudent to make the necessary changes ahead of these sittings to allow us to exercise the very important role of NT Opposition within the Parliament with least disruption during that week,” he wrote.

He concluded that TA MLAs would “assist in any way we can the smooth transition into the opposition role and … office relocations that will be necessary ahead of next week’s sittings”.
Ms Lambley said Clerk Michael Tatham had indicated to the party that they would receive official opposition status, but that remained unclear as no formal announcement was made.

Outside Parliament, CLP leader Lia Finocchiaro said changes to opposition status would not deter the party.
“Whilst this does present a challenge, we have come back from many challenges before,” she said. “The CLP is a party that has been around since before self-government. Like with every good challenge, there comes opportunity.”
“Nothing changes for us, we will continue to fight a grassroots campaign.”

Ms Finocchiaro said the party had always been willing to work with “like-minded conservatives” but then said she preferred to look to the future instead of the past and didn’t answer a question about whether she felt Territory Alliance was a “like-minded” party the CLP could work with.

Terry Mills issued a release on Wednesday afternoon declaring himself the leader of the Opposition with Ms Lambley as deputy leader and Jeff Collins assuming the role of party whip and manager of Opposition business.
Requests for comment from the Speaker have gone unanswered.

– A previous version of this story said the CLP had officially lost opposition status but that is yet to be officially confirmed.