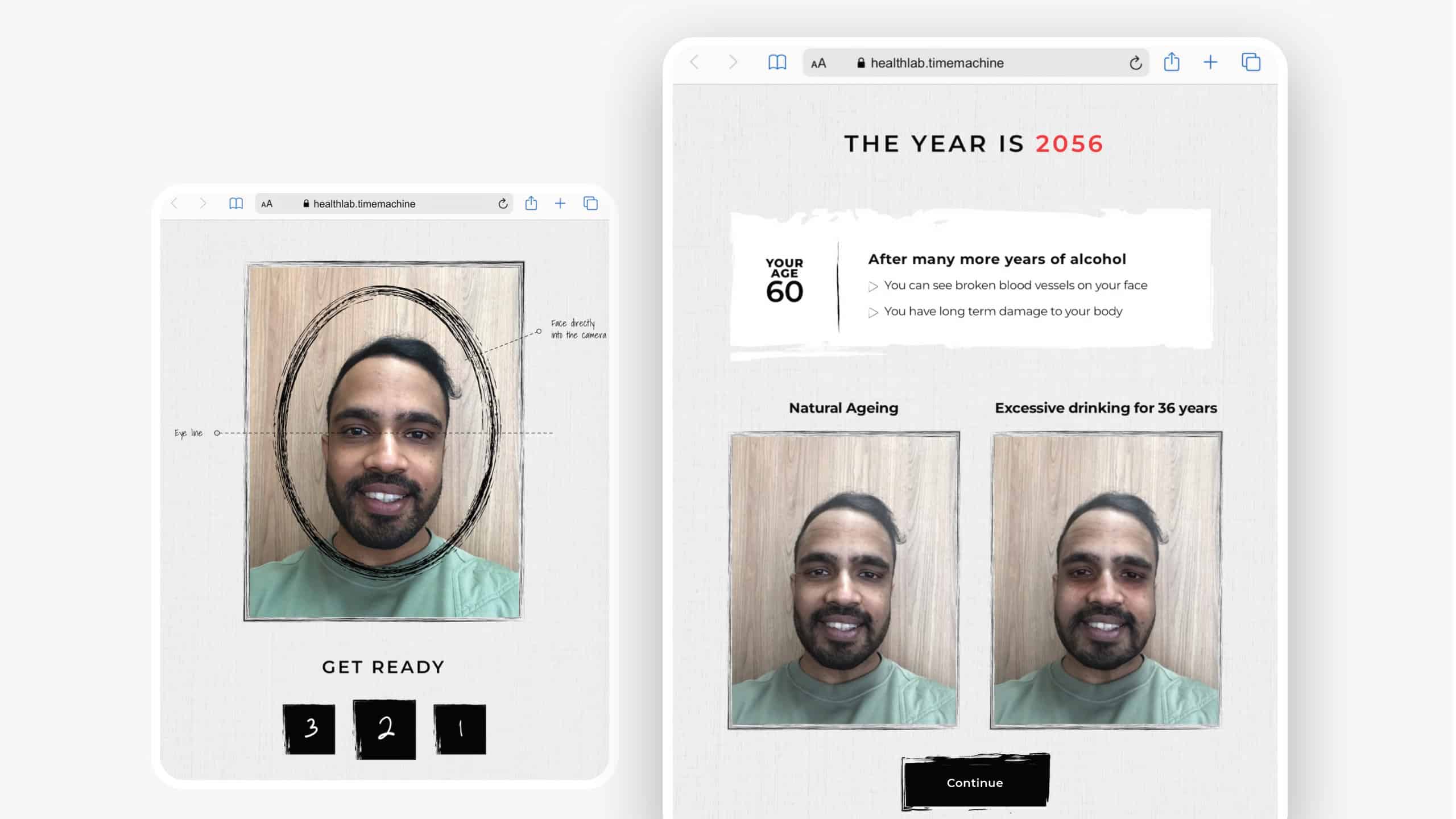 Researchers have latched onto the technology of “virtual time travel” as a way to shock people living in remote communities into healthier lifestyles by providing a glimpse into a future marred by smoking, sugar and alcohol.

A new app, unveiled on Friday by the Menzies School of Health Research, leverages artificial intelligence to demonstrate the risks associated with a poor diet, excessive alcohol use and smoking, by letting users see the impacts reflected in their appearance as they age.

Piloted in the Northern Territory, associate professor Heidi Smith-Vaughan from Menzies HealthLAB said she is hoping the shock factor will be enough to make people think twice about an unhealthy lifestyle.

“Piloting with Northern Territory youth was a great success in getting them engaged in thinking about their health choices,” she said.

She said the “visual format” not only captures the attention of youth but overcomes language barriers as well.

“Its digital transportability makes it ideal as a health promotion tool for us to use across vast distances in regional and remote Australia,” she said.

Chronic diseases are the leading cause of illness in Australia, with diabetes and heart disease alone costing the health system more than $6 billion each year, the Menzies Health Lab reports.

According to their research, alcohol is the leading risk factor for mental disease and injury for Indigenous Australians, who are hospitalised for alcohol misuse at around four times the national rate.

Overall, the rate of smoking in Australia is on the decline, and has been for a while, but according to the Rural Doctors Association of Australia, people living in the bush are about 1.7 times more likely to smoke daily than those in major cities.

Rates are even higher in Indigenous and Torres Strait Islander peoples, and particularly Indigenous women, of which more than 38 per cent smoke on a daily basis.

The Northern Territory Government released its Tobacco Action Plan 2019 – 2023 in May of 2019 with a focus on de-normalising smoking and reducing the uptake among young people.

But no headway was reported a year later in their annual report.

The report’s committee, instead stated: “Health services and other sectors need to do more to reduce the harm and suffering caused by smoking in the NT, especially to reduce the greater harms to Aboriginal people and families.

“A particular focus is needed in remote communities where smoking prevalence is highest and improvements have been least.”

Natalie Morley, Managing Director of the app’s co-developer KWPTech! said the new app aging technology was tapping into the ‘selfie’ generation to foster much needed health improvements in remote NT.

“Our customer experience process uncovered insights clearly showing that ‘selfies’ were the obvious way to reach and engage young Australians,” she said.

“They are never far from their phones and Artificial Intelligence is second nature to them. We’re proud to have been able to bring creativity that works to deliver such important health outcomes.”