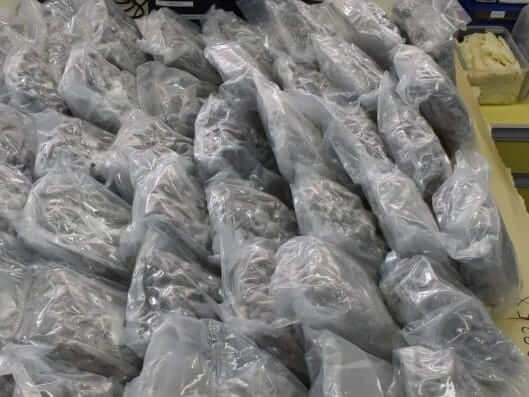 Nearly $2 million has been seized and seven men charged in a massive drug crackdown that has “dismantled a significant criminal syndicate” in the NT, police said.

Detective Superintendent Kerry Hoskins from the Drug and Organised Crime Division said that approximately $1.95 million dollars in cash and commercial quantities of drugs and evidence of drug supply were located and seized.

Replica firearms – including gel blasters, knuckle dusters, and tasers – were also seized. But police did not say where the items were uncovered.

“This operation has effectively dismantled a significant criminal syndicate involved in the supply of large amounts of illicit drugs into the community,” he said.

“The investigation by NT Police’s Drug and Organised Crime Division was supported by other agencies to ensure alleged members of the syndicate were arrested at the same time.

“The amount of cash seized is one of the biggest seizures by NT Police.”

Back in September, NT police charged three men for drug trafficking after allegedly attempting to smuggle 132 kilograms of marijuana worth approximately $2 million into the Northern Territory and seized $50,000 in cash, which was connected to the recent bust.

Supt Hoskins said police intercepted the illicit drugs after they flagged the parcels as suspicious consignments labelled as “stone monuments” at an unnamed Darwin freight company.