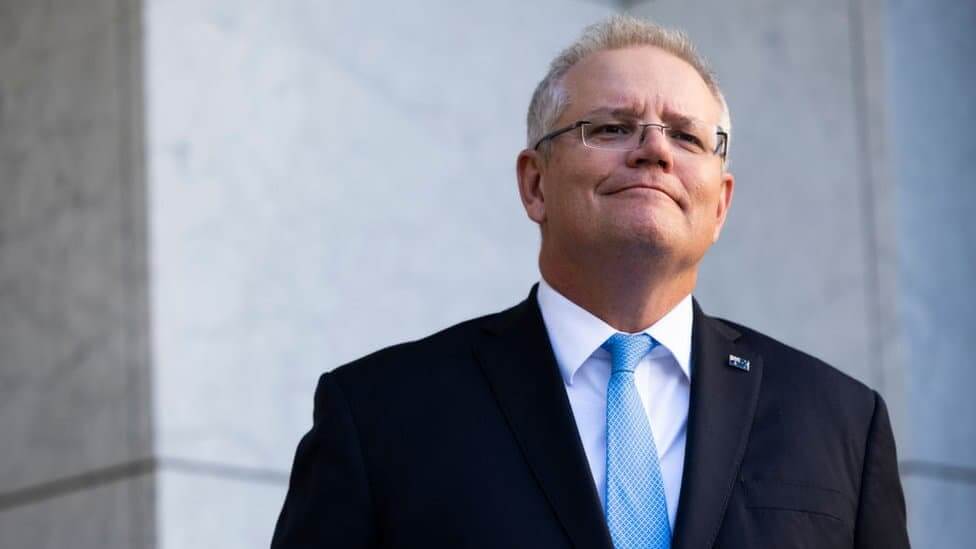 Prime Minister Scott Morrison had his itinerary while in Alice Springs rearranged for him by ABC Radio, after copping a grilling for not meeting with Mayor Matt Paterson to discuss the town’s debilitating crime crisis.

Mr Morrison was in the NT to announce a $282 million investment in two Defence projects when he was asked by ABC Alice Springs morning presenter Eliza Goetze during an interview on her program about whether he would meet with the mayor to do something for the town’s citizens who are living in constant fear.

Mr Paterson had sent a letter to federal and NT politicians last month as a desperate plea for help fixing out-of-control crime in the town that has seen people afraid to leave their homes and others living in fear of home invasions.

Mr Morrison said he had received the letter but did not have enough time to meet with the mayor to discuss the town’s crippling crime problem.

Ms Goetze asked him three times if he could fit a five-minute meeting with Mr Paterson in, but Mr Morrison said it was not possible.

“We won’t have the opportunity today. [Indigenous Affairs Minister] Ken Wyatt met with him five days after we received that letter,” Mr Morrison said on air.

“I really want to thank Matt for writing to us. Ken has already announced over $3 million of funding which is supporting programs to address the very issues that the mayor has raised.

“I would love to [meet with Mr Paterson] if I could, but I will be leaving very early this morning after being at a couple of things. I’d love to talk to him.”

After taking more heat for not doing enough for Territorians, Mr Morrison then somehow found the time to meet with Mr Paterson, appearing on Mix 104.9 shortly before 11am to talk about what a great mayor Mr Paterson is and how productive their meeting was.

“I just met with him, we just literally chatted,” Mr Morrison said.

“This is a very challenging problem, there’s no doubt about that. We can’t have any suggestion this isn’t real, it’s very real and it’s threatening the safety of people here in Alice Springs … and it is clearly getting worse.

“[Mr Paterson] understands the solution to this are not simple. It’s just not a matter of more police or things like this. There are law enforcement responses that are necessary here, but we’re talking about individuals, kids, kids who have 30 or more offences and a big part of that is trying to get hope back into these people’s lives.”

Mr Morrison said the $3 million from Mr Wyatt’s office would be used for programs for young people in the town.

However, he also said there are more “responses” to enact from government that would be “significant” and would have to be led by the NT Government.

“They have to acknowledge that there’s a serious problem,” he said. “As Matt just said to me, we can’t fix this problem if people don’t think there is one.”

NT Police Minister Nicole Manison was recently in Alice Springs but did not offer any solutions for the current problems. Her lack of action was blasted by Alice Springs independent MLA Robyn Lambley who called for her to resign over her “dismissive” and “Patronising” attitude to the ongoing crime crisis.