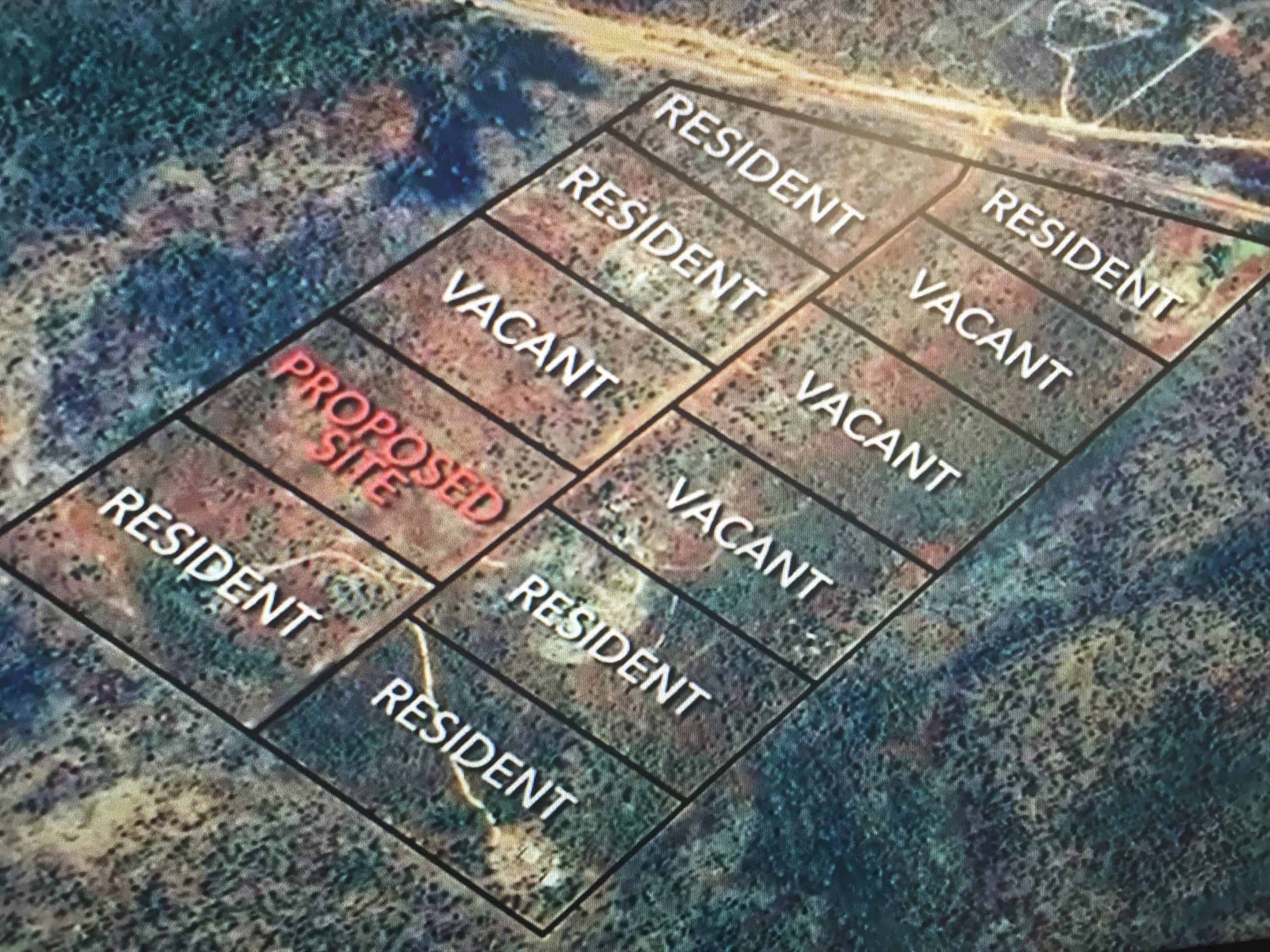 A Bynoe resident and former Don Dale employee has voiced concerns about the prison’s inmates residing close to her property if a proposed youth work training camp goes ahead, however proponents argue it is the ideal location and could come with community benefits.

Tonia Malone is one of 11 residents who own property on the road, which is located in the area of Bynoe about 70km from Palmerston.

She told the NT Independent she received a letter last week proposing to develop a camp on a vacant block on the road for ‘at risk’ youth.

“No one on the street has agreed to it,” she said.

“I’m not comfortable with it, I don’t want offenders living down the road from me.

“There’s no essential services out here so I don’t even know why it’s an ideal location … it’s a good hour’s drive to get to any of those services.”

Aiden McGuiness, who is a Traditional Owner of Finniss River Land Trust, said in the letter that the Coda Road site was considered an ideal location due to its proximity to the Finniss River freshwater lands and Channel Point coastline.

“The purpose of the camp is to provide nationally accredited training programs and vocational employment pathways for at-risk young people aged between 14 and 18 years old,” he said in the letter.

“The facility will accommodate up to 12 young people at a time who will be supervised by full time staff and young people will reside at the facility as part of the program for four months while they complete their training qualifications.”

The NT Independent understands ‘low risk’ prisoners at Don Dale could be earmarked for the Coda Road facility if it receives approval.

Ms Malone said her experience working at Don Dale made her apprehensive to have the camp so close to where she was living.

“I used to work at Don Dale … so I know what ‘at risk’ means, I know what these kids are like,” she said.

“You don’t know when these kids are going to snap.

“Things can escalate very quickly … to the point where they are acting out, how are three full-time staff going to handle 12 kids, when one kid kicks off and the others follow?

“There’s no medical services nearby, within an hour someone could easily die.”

The youth camp is proposed to be constructed on land owned by the director of NT Indigenous company B-18 and is understood to have in-principle support from the NT Government and Territory Families.

Territory Families were contacted for comment but did not respond to the NT Independent’s questions.