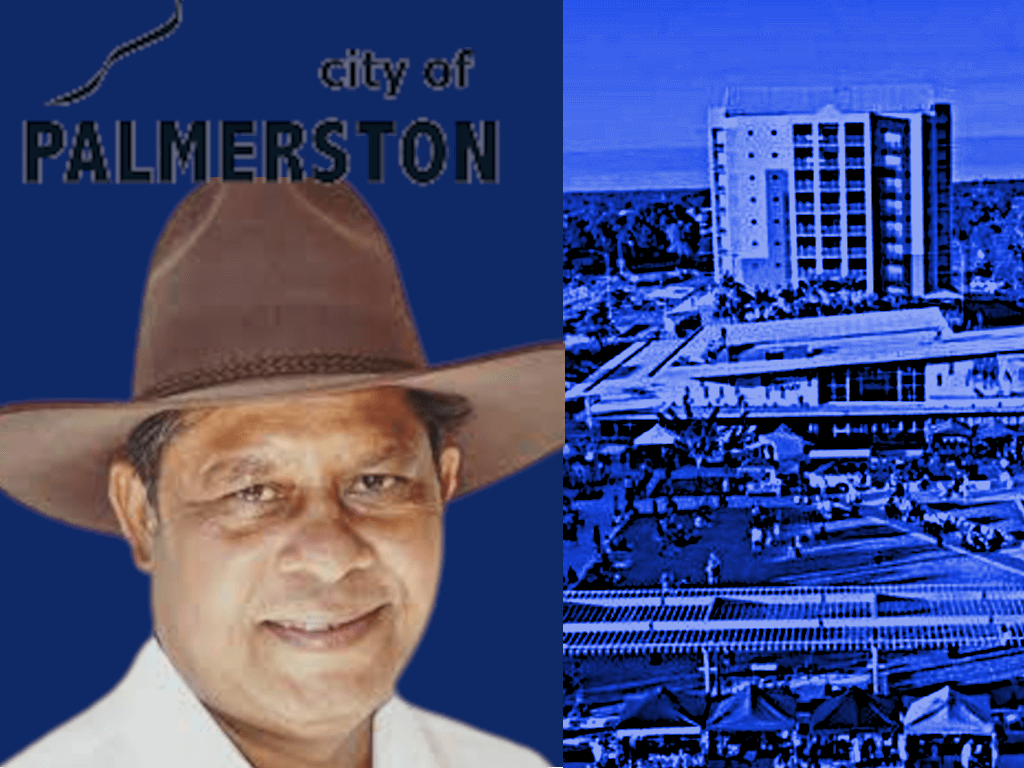 Potential new Palmerston alderman Raj Samson Rajwin’s claim on a Territory podcast that he was previously pre-selected for the CLP at the 2016 NT election has been dismissed as incorrect by the party’s vice-president at the time Daniel Davis.

Mr Rajwin, who is currently running fifth in the Palmerston election for the seven spots on council, told the Territory Story podcast he had been pre-selected for the seat of Wanguri in 2016.

“I was working in India as an ICU doctor and somehow I got pre-selected to run as a member of parliament, representing one of the major political parties…it was actually the CLP, I was the chair of the CLP, I was branch chair actually, I shouldn’t call it chair,” he said.

“But just after the election say I couldn’t stand.”

But Mr Davis said Mr Rajwin was never pre-selected for the CLP and did not even lodge the correct paperwork to make it possible for him to have been pre-selected.

“I have gone through the minutes of the CLP management committee meetings,” he said.

“Raj went through the pre-selection process with his branch, North Darwin, but failed to provide a criminal history check or evidence of citizenship.”

He said they re-did the process because Mr Rajwin had been the only candidate, and pre-selected Steve Doherty in a management meeting on March 24, 2016.

“The way pre-selection works is each branch interviews candidates for the seats they are responsible for and makes a recommendation to the party central council who then make the final decision,” Mr David said. “He never got that far as he couldn’t provide the required paperwork.”

In an interview with the NT Independent, Mr Rajwin said in 2016 while working in India, he had tried to pre-select for the CLP in another seat before Wanguri in that election but could not remember which seat it was or even if it was in Darwin.

“Gary Haslett called me and said we are liking for someone in Wanguri or somewhere,” he said.

“What happened when I put my hand up and sent in an application, in the first round I was pre-selected.

“I did an interview on Skype with the selection panel.

“Apparently they said I was selected and in the Milner office they asked what is my citizenship status?

“By chance they found out I was not a citizen. While not being a citizen, I was working in ICU as a doctor in India.

“I forwarded the application and the one letter which says I was not a citizen did not reach the selection panel.

“I said if I was pre-selected, I had applied to be a citizen in 2008 or 2009 but I didn’t turn up to the citizenship ceremony, so I could get it easily.

“They were holding the seat for me, obviously they couldn’t declare that, because I am not a citizen.”

He said he had provided the party with a criminal background check.

Mr Rajwin said he received his citizenship seven or eight days after the election and did not obtain Australian citizenship before 2016 because he was not allowed to be a dual citizen and practice as a doctor in India.

Mr Haslett said he did not recall calling Mr Rajwin to ask him to run for the seat but was part of the panel who interviewed him by Skype. He said he was not pre-selected because he was not a citizen. He added that because of Mr Rajwin’s difficulties with English he sometimes did not express himself clearly.

Mr Rajwin has 1,056 votes with 56 per cent of the voted counted. He is 20 votes behind forth place Amber Garden, and 450 votes ahead of sixth place Ben Giesecke, but there are six others candidates below Mr Giesecke, and there are potentially more than 3,000 votes to redistribute though preferences.