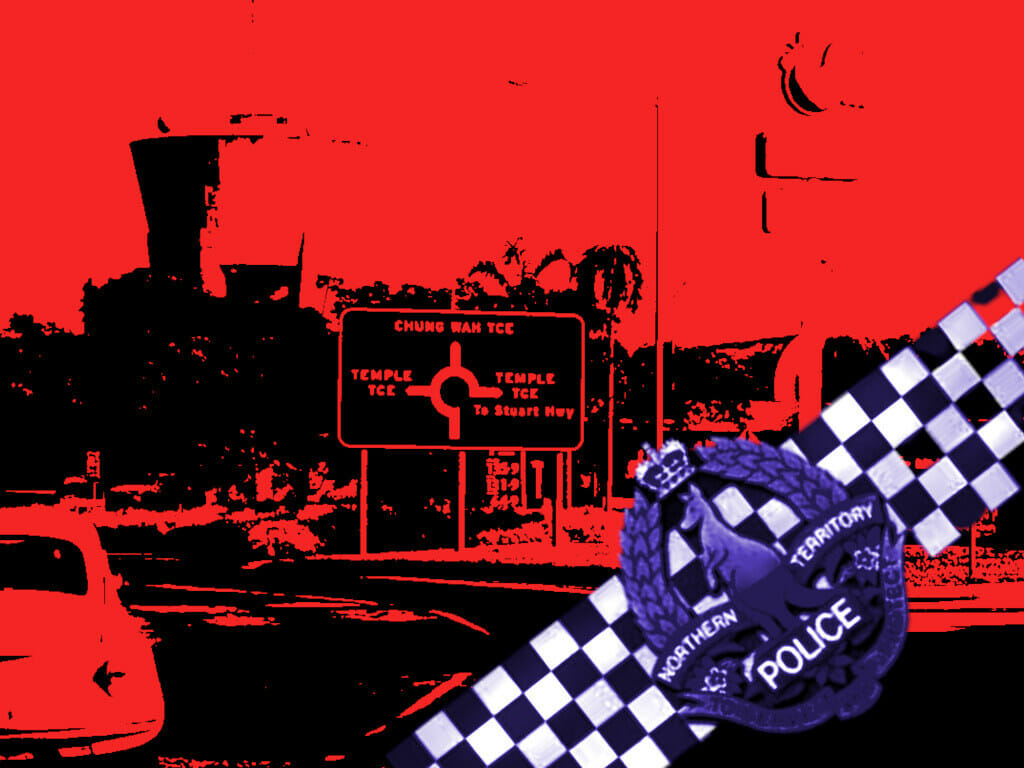 NT Police officers have shot a man after he allegedly confronted police with a spear in Palmerston, police sources have told the NT Independent.

NT Police initially said they had responded to a “critical incident” which means it involved a police officer.

Police would not confirm his identity but said he was an Indigenous man.

Three sources said police were following a trail of blood when they were allegedly threatened by someone with a spear and then reportedly shot him.

It’s alleged the man had earlier in the morning attacked someone, with that person currently in hospital. 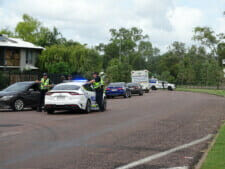 Police on the street in Palmerston near the shooting. Picture: Joel Willingale

“Police members were confronted by a man and during the incident an officer discharged their firearm,” the statement said.

“A full investigative response has commenced to determine the circumstances surrounding the incident. Police tape near the scene of the shooting. Picture: Joel Willingale

“The welfare of the officers involved and the broader workforce is paramount and is being managed through People Branch.

“The Northern Territory Police Association has been advised and will be kept updated throughout the investigative process.”

Police said the man who was shot was in surgery at Royal Darwin Hospital.

The shooting happened around 9am near units at the corner of Priest Circuit and Victoria Dr in Gray, near the Gray school.

Education officials said there was no threat to the school children.

St John Ambulance spokeswoman Craig Garraway earlier said paramedics had responded to a shooting but that was all the information he had.

NT Police said there was no threat to the public. 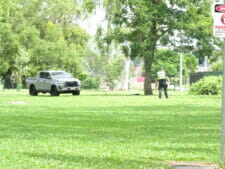 An NT Police officer in parkland near where the man was shot in Palmerston. Picture: Joel Willingale