NT Police have released CCTV images of individuals who may have information about the alleged assault of a woman in Nakara, that took place Tuesday afternoon.

NT Police said a 31-year-old woman was allegedly attacked by an unidentified man on Macredie Street around 4:40pm.

They said two bystanders, who witnessed the incident came to the woman’s aid while the man fled the scene before police arrived.

The woman was taken to Royal Darwin Hospital for assessment. Police did not disclose what injuries were sustained by the woman during the assault.

They also did not explain why they did not release a statement about the incident when it occurred. 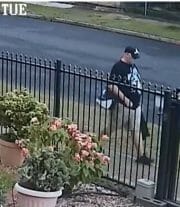 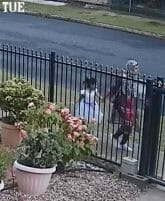 They have clarified that people in the images are not suspects or involved in the incident but may be able to assist in the investigation.

The suspect was described as Indigenous in appearance and wearing a blue basketball singlet and black shorts during the incident.