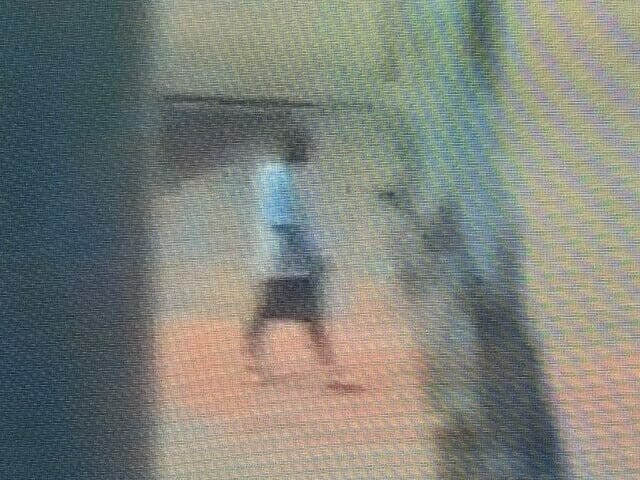 Police media manager Rob Cross said police are seeking the public’s assistance to identify the man they say “may be able to assist in relation to (the) incident of indecent behaviour”.

Mr Cross said around 4:45 pm a woman was outside a property on Sturt Terrace, East Side when the man approached her and committed the indecent act.

“The woman demanded the man leave the property and he was last seen walking towards the Todd River,” he said.

“No one was injured during this incident.”

Mr Cross released a grainy CCTV image of a man police believe “may have information in relation to the incident”.

He’s described as Aboriginal in appearance, 176 cm tall, “with a bald head”, solid build and “missing a front tooth”.

“At the time of the incident the man was wearing running shoes, brown cargo knee length shorts with a grey shirt,” Mr Cross said.

The poor-quality image was taken from CCTV positioned near the Botanical Gardens area in the East Side, opposite the Todd River.

Anyone with information about the incident or can identify the person of interest is asked to contact police on 131 444 or report it anonymously via Crime Stoppers on 1800 333 000, quoting reference 9428802.

Police said anyone who is subject to this kind of behaviour should “remember the three Rs”: Recognise the unsafe situation, react by getting away and reporting the incident to police or other trusted person.