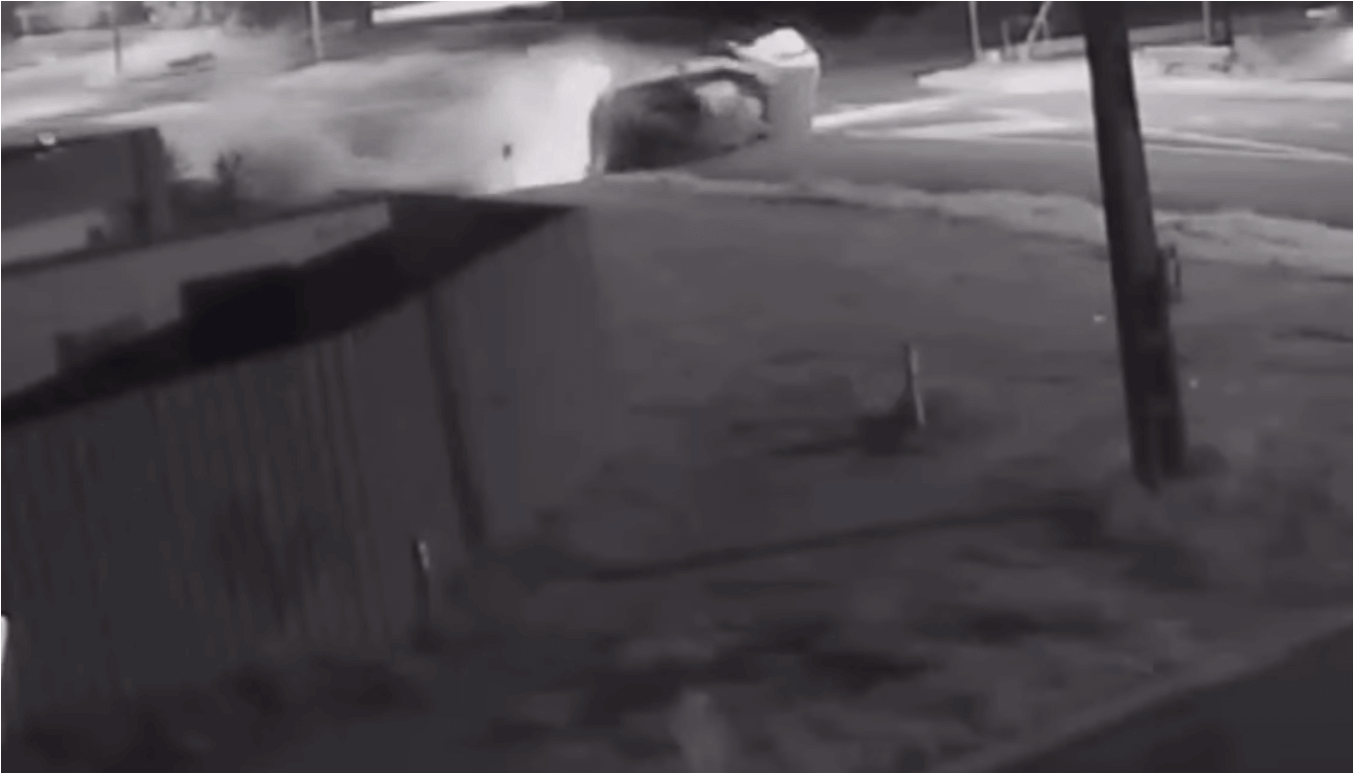 VIDEO BELOW: A wild couple of days in Alice Springs has seen a stolen truck crashed on a road in the middle of the night and ram raids of businesses in town.

Video of the truck rollover was posted to social media which shows the truck rolling and crashing on Brown Street before two occupants appear to have broken through the front window and fleeing the scene.

Police reportedly responded to the rollover around 2:30 am on Tuesday, following an alleged break and enter at a Priest Street business where three vehicles were damaged before the truck was allegedly taken and eventually rolled.

Meanwhile, police are urging the public to provide any information that could help in the investigation of two consecutive robbery incidents on Monday evening at separate Alice Springs supermarkets; one of which has been intently rammed with a vehicle to break-in.

NT Police said they responded to a break-in report around 11pm on a business at Milner Road.

According to police, unidentified offenders used a vehicle to smash the wall of the business to gain entry. They did not specify what type of vehicle might have been used to ram the walls.

Police did not name the business or what was allegedly stolen.

However, the Action for Alice 2020 Facebook page meanwhile posted a photo of broken brick walls from the Foodland Supermarket in Milner Road.

One commented on the post, “Look at the crack in the wall that’s structural damage, did they ram it with a car like Flynn drive last week?”

In a separate incident just before midnight also on Monday, another unnamed supermarket was robbed in Braitling.

“Offenders caused some damage inside the business before fleeing with an empty cash till,” NT Police said in a statement.

Investigators from Strike Force Viper said they are reviewing CCTV footage to determine whether the robberies are linked and if the same group of offenders are behind the incidents.

Police urge anyone with information which may assist with investigations to contact them on 131 444 or report it anonymously via Crime Stoppers on 1800 333 000.