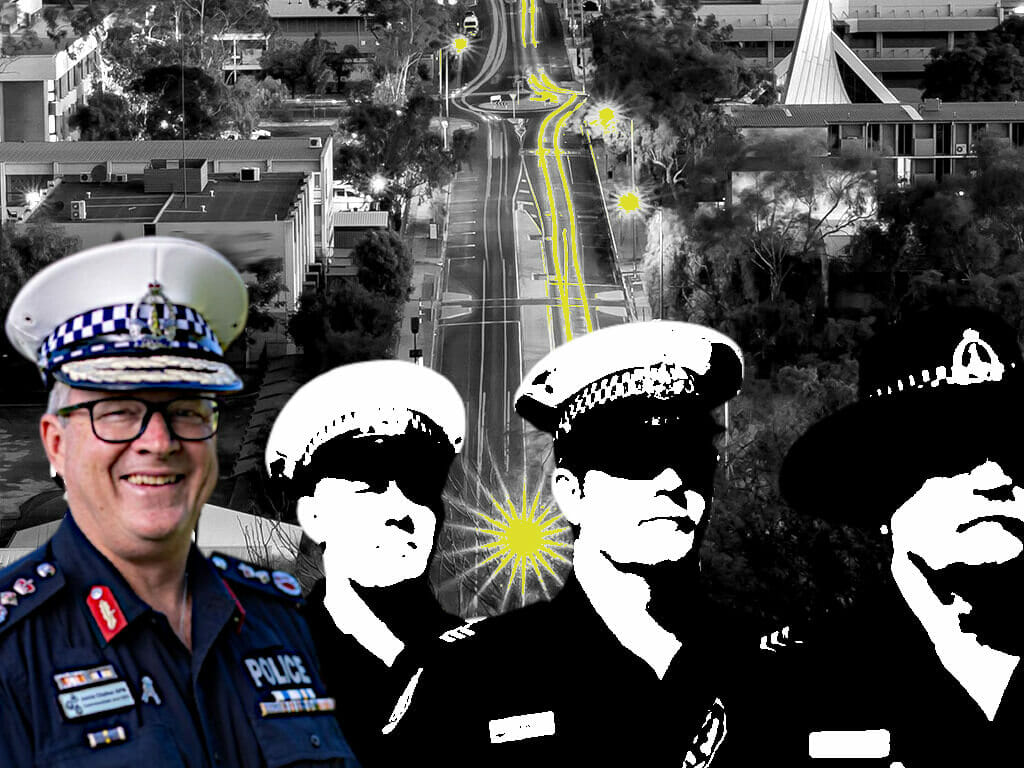 NT Police Deputy Commissioner Murray Smalpage has been forced to drop disciplinary action against former Detective Sergeant Leith Phillips over his resignation letter and public address to a freedom rally.

Mr Phillips sent a resignation letter to Police Commissioner Jamie Chalker on Thursday, citing a finish date of January 3, after 24 years working in the southern part of the Northern Territory.

But he said based on legal advice from the NT Police Association he re-submitted his resignation as effective immediately and it was accepted, which meant the police executive were forced to drop disciplinary action because he is now a civilian.

Mr Smalpage had suspended Mr Phillips without pay, so he would not have received any money for the rest of his tenure anyway.

Mr Phillips said he was kicked out of the Alice Springs police station on Friday when he went to collect some possessions, and on Saturday Commander Craig Laidler and Acting Commander Kirsten Engels came to his house to hand him a notice for two alleged serious breaches of discipline.

The breach notice states the twice-vaccinated officer engaged in improper conduct while off duty for his speech at the Free in the NT rally in Alice Springs on November 27, and that he contravened the police code of conduct in his resignation letter to Mr Chalker and other police executives as well as other sworn and un-sworn members.

The disciplinary notice written by Acting Commander Kylie Anderson said his actions had the ability to reduce the public’s confidence in his ability to serve and protect them without fear or favour.

Mr Phillips said the shackles had now been released and he had the ability to speak freely without the fear of consequence.

“I have been humbled by the outpouring of support, from my former colleagues right across the Territory including police officers all over Australia and some from the United States,” he said.
“It makes me realise that many in our community are desperate for their police to stand up and be counted whenever injustice is seen to be at work.”

NT Police media manager Rob Cross did not respond to questions from the NT Independent, once againin contravention of the NT Police’s own transparency guidelines.