‘Off-the-planet bylaw proposals’: What you need to know about Council’s proposed dog bylaws 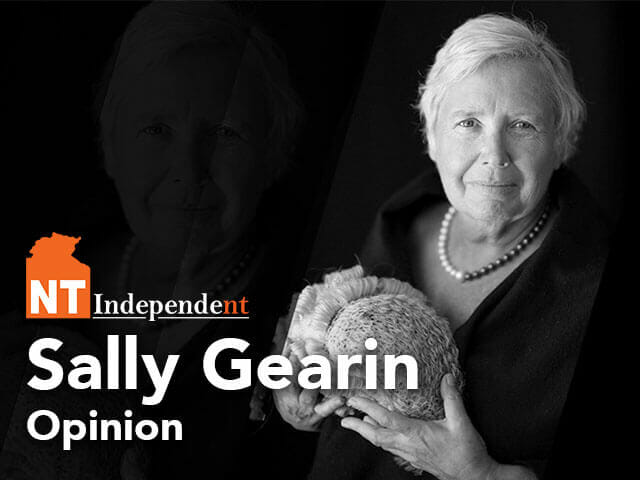 OPINION: Like most of you, I was surprised to see a 78-page list of the proposed new bylaws which the citizens of Darwin are supposed to read and comprehend and make submissions on in a few short weeks.

It’s quite a task, so I’m writing this to hopefully show some of the simply crazy, sometimes unlawful and sometimes off-the-planet proposals.

This week I’m looking at dogs. Most of us have one, most of us love them and most of us don’t want to be paying massive fines for trivial issues that we were not even aware of, such as being fined on the spot without the ability to explain yourself and regardless of circumstances.

This is known as strict liability. There is a defense to strict liability, that you held a mistaken but reasonable belief that you did not commit the offence. Most would not be aware of this unless you spent a fortune getting legal advice, so the Council is punting on you just copping the fine.

Bylaws are laws that the Local Government Act allows the City to make. In principle, their purpose is for the good governance of the community. Some of the proposed new bylaws have some real difficulty passing that test.

To do the job properly, the use of strict liability powers must pass the seriousness test. No one objects to the control of dangerous dogs, or the need to register our pet.

If the dog gets lost, that’s how your fur baby will be found and reunited with you. If a dog is dangerous, then it shouldn’t be running around able to inflict damage.

Maybe having compulsory dog training would be a more effective way of dealing with the problem rather than the blunt instrument of fining people.

The DCC runs a wonderful dog training program at the Showgrounds on Monday nights which should be applauded and incorporated into the DCC dog management program.

Most of us register our dogs and the Council sends you a little yellow tag which you put on the dog’s collar. Now with new bylaw 44, if the tag is lost, or falls off, even if you don’t notice then you can’t take your dog out, even on a lead until you get a new tag.

It is a strict liability offence, which means no excuse, such as ‘Hey, I didn’t notice that the tag had come off’, or ‘I’m waiting for the new tag which I ordered from Council a week ago’, will work as a defence.

You are handed an infringement notice and a fine of one penalty unit ($155).

Why are you unable to explain that the dog is registered and the tag is missing, or on order, or whatever reasonable excuse there is, without having to prove, possibly in court, that you held a mistaken but reasonable belief that it was not an offence?

In all of these trivial matters – like a dog escaping from your yard (bylaw 48) because the gate was left open and the dog went over to the park, no one was injured or threatened, the owner is not a serial offender – there should be a means to provide a reasonable excuse, rather than make the offences strict liability or prove in court the abovementioned defence.

That should be left for the serious matters, like danger to people, rather than a puppy escaping.

It is also a bit weird for the council to require you to pick up dog poo in plastic bags that take 500 years to decompose in landfill. I’m not saying don’t have bags for picking up dog poo, but a responsible Council would provide leadership by having bags that decompose in a few months available for dog owners.

It would be remiss of me not to mention the massive powers the CEO has been granted in the proposed bylaws, but I’ll write another article on that and recycling next time.