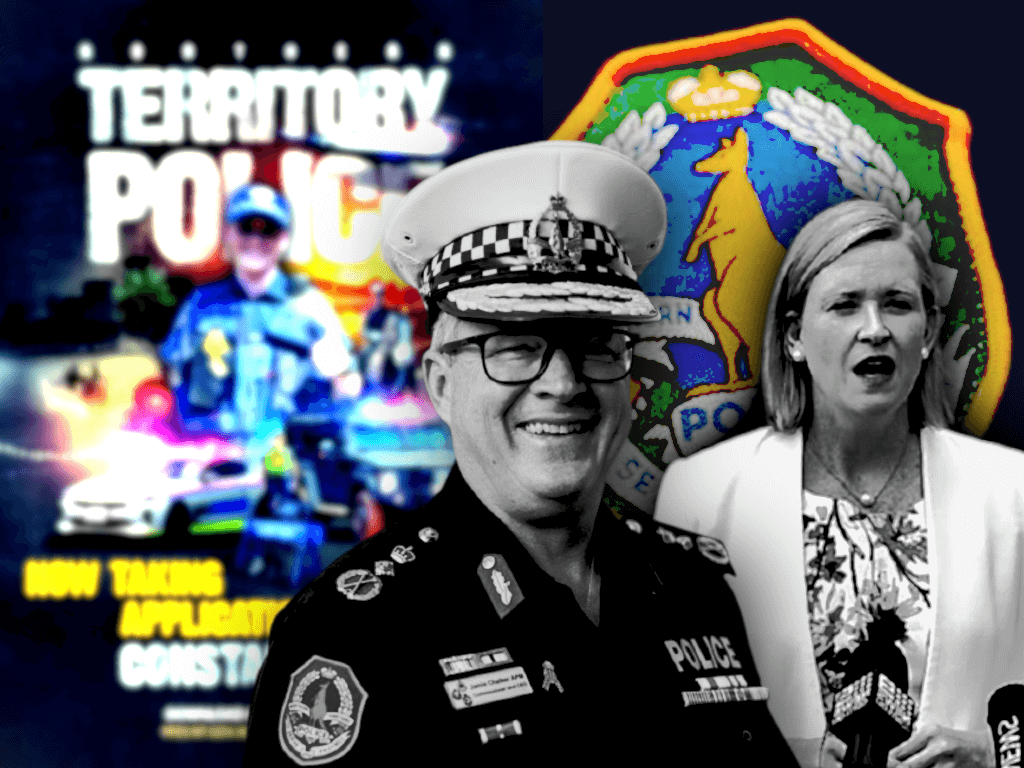 More Territory cops are seeking a job outside the NT than ever before, according to the NT Police Association’s 2021 member survey, with officers citing management issues as their reason for leaving.

In another serious finding, 64 per cent of officers surveyed said their morale is “low or very low”.

The majority of officers raised concerns around the police force’s current management, with more than 70 per cent saying they were unhappy with the current direction of the NT Police Force, have issues with the leadership, and felt unsupported by senior/executive police management.

Nearly half cited the murder charges against Constable Zach Rolfe in the shooting death of Kumanjayi Walker in Yuendumu as their reason for wanting to leave the police force.

Unsatisfactory discipline processes were also raised by 45 per cent of the respondents and 28 per cent cited the police commissioner’s forced transfer policy as their reason for leaving.

Meanwhile, only 28 per cent of the officers who participated in the survey cited career opportunities.

Police Commissioner Jamie Chalker’s office did not immediately respond to a request for comment on the shocking numbers.

The respondents, of which 77 per cent were at the rank of Constable to Sergeant, were allowed to select multiple answers.

NT Police Association president Paul McCue said the union doesn’t intend to provide these statistics “to be divisive, or to create panic” saying that “the facts are the facts.”

“They are provided as an opportunity to create a discussion as to why, when NT Police are aiming to be an employer of choice, so many want to move into other police forces or government agencies,” Mr McCue said.

“It’s something we should be striving to understand and not ignore, with a positive view to reducing those high numbers.”

Apart from officers leaving the police force, 64 per cent said their morale was low or very low. Over 66 per cent advised they miss out on a meal break often or very often, a basic workplace right.

Over 88 per cent are concerned with the attrition rates in the NT.

The union said the NT Police attrition rates have doubled to 148 in the last 12 months and continue to remain high. They also acknowledged that this figure includes some retirements and dismissals.

“We do welcome the Commissioner’s direction to ensure recruitment is ongoing to meet this attrition rate, however we remain concerned with all new recruits posted out of Darwin, the important role of mentoring and supervising new members is compromised significantly primarily due to a lack of senior members,” Mr McCue said.

Meanwhile, the coronavirus pandemic has also impacted the police force’s workload with 80 per cent saying they have had an increase in duties since COVID, and 68 per cent citing a lack of resources as the primary factor.

“Members are fatigued and given an incredible 80 per cent of respondents to our survey advised they have either deferred or had leave cancelled due to COVID, no further time can be lost in providing COVID resourcing,” Mr McCue said.

“The police force today faces challenges like never before and will face considerable challenges in the coming year or two.”

McCue said the 2021 member survey will provide a clear direction leading into the union’s contract negotiations in 2022.