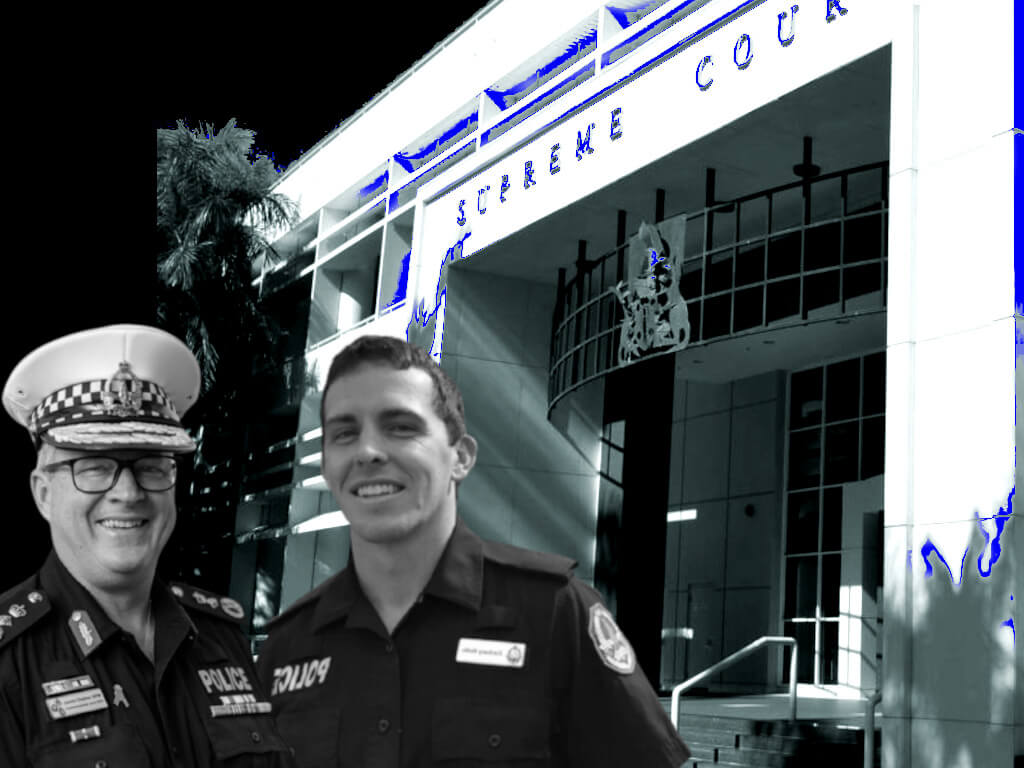 The NT Police executive and media unit may have breached a court suppression order by sharing an online news article that contained a video related to Channel Seven’s Zach Rolfe documentary through its internal ‘media wrap’ service to hundreds of serving police officers, the NT Independent can reveal.

On Monday, the NT Director of Public Prosecutions announced he is currently seeking advice on charging Channel Seven’s journalists with contempt of court for airing and producing the documentary into the Rolfe matter that was televised outside of the NT late last month.

But the DPP did not mention the latest gaffe by the police executive and media team.

Chief Justice Michael Grant had flagged in early November that the court was aware of the Spotlight program, which aired on October 24, as well as “various material posted on the Daily Mail website”.

The NT Independent has confirmed through various well-placed sources that the NT Police executive and media unit shared a link with hundreds of serving officers to the Daily Mail article the following day, that contained video from Zach Rolfe’s body-worn camera from the night of the Kumanjayi Walker shooting death.

“They sent out the link and everyone could watch it,” one source said. “Big stuff-up by the media [unit].”

While the Channel Seven Spotlight piece was not aired in the NT, the Daily Mail article relayed many of the issues raised in the program, including video of part of the body-worn camera footage. The video has since been removed.

Chief Justice Grant said the Spotlight episode was later posted to “various platforms which can be accessed from the NT”.

Acting Director of Public Prosecutions Nick Papas said on Monday that he was seeking formal advice on whether to lay contempt of court charges against Channel Seven’s journalists.

“I have instructed the Solicitor for the Northern Territory to advise me with respect to potential contempt proceedings arising from the program …,” he said in a statement.

“Those proceedings are presently being formalised and I expect that process will be completed in the next two to three weeks.

“I do not propose to discuss the prospective arguments or otherwise provide any further detail about the alleged contempt. If the matter proceeds the issues will be considered by the court in due course.”

It remains unclear if the DPP is also looking to charge NT Police Commissioner Jamie Chalker or anyone in the executive and media unit with contempt charges for distributing the Daily Mail’s video in the Northern Territory.

Mr Papas’s office sent the statement but did not respond to the NT Independent’s questions, including who leaked the news of the potential charges being filed.

Mr Chalker and police media manager Rob Cross also refused to comment on whether they breached the court order, whether they leaked the story of potential charges against journalists or if they had sought counsel should they be charged for distributing the suppressed material.

Channel Seven issued a statement to the Sydney Morning Herald yesterday calling the potential charges “baseless” and stating they would defend the “selfish political folly”.

“Seven does not have an NT broadcast licence and the relevant Spotlight story was deliberately not played in the NT and was not put online in deference to the fact that the criminal proceedings were under way,” a spokesman said.

“Apart from ignoring Seven’s respect for the court process and conventions, it would appear to be an attempt to intimidate and cut away from free press reporting on a matter of wide public interest that does not concern the trial.

“Regardless of the cost to the NT taxpayers of this selfish political folly, Seven will defend any proceedings launched. We will stand behind our journalists and not allow them to be muzzled outside the NT.”

Media can be held in “sub judice” contempt of court for publishing material that has the potential to influence a potential jury pool before a trial is held. Legal sources told the NT Independent that distributing that material could also be deemed a contempt of court.