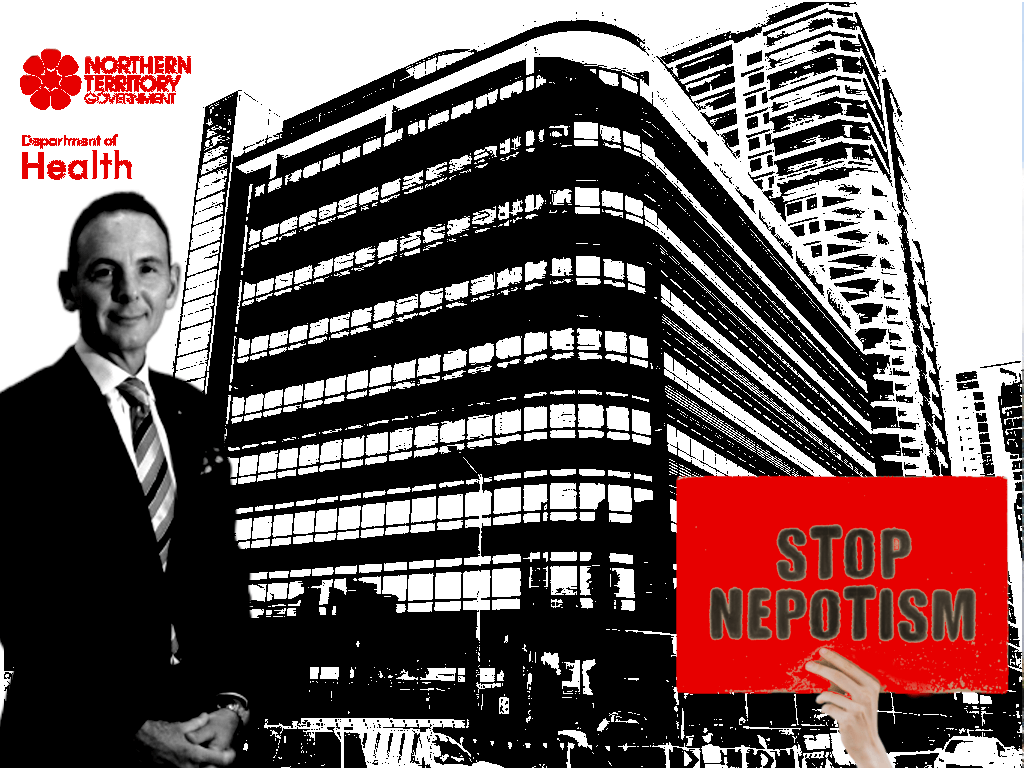 NT Health Department chief executive officer Dr Frank Daly has told staff internal investigations have identified “key areas of concern” to do with nepotism and conflicts of interests in procurement, but the department has refused to say what led to the investigations or what has happened as a result of them.

In the email sent on November 1, seen by the NT Independent, Dr Daly said the public had a right to expect that all public servants would perform their duties in a fair and unbiased way, making decisions free of self-interest, personal relationships or private affiliations.

It further stated any breach of NT Health’s conflict of interest policy could be misconduct, which could lead to formal disciplinary action, dismissal, or criminal prosecution.

He said recent NT Health internal investigations had identified areas of concerns about declaring and managing conflicts of interest in recruitment of family and friends and in procurement.

NT Health did not respond to the NT Independent’s questions about what sparked the investigations, what exactly was found, and what action was being taken against anyone who had been found to be involved in misconduct, including being referred to the Office of the Independent Commissioner Against Corruption.

The email said recruitment must accord with NTPS recruitment and selection policy to employ the most suitable applicants based on merit, and that NTPS selection processes are designed to be fair and transparent and to assess applicants’ suitability based on proven capabilities.

“Successful NTPS applicants must be selected based on the merit principle, and not on the basis that you favour or are prejudiced due to a personal relationship, friendship, animosity or other personal involvement that could bias your judgement or decision,” Dr Daly wrote.

“If you are a member of a recruitment selection panel for a positions that a family member or friend has applied for, you must declare the conflict in writing and obtain written delegate approval to continue as a selection panel member.”

Dr Daly wrote that if an employee was involved in procurement they must complete a conflict of interest and confidentiality declaration if they are aware, or become aware in the process, that a family member or friend who owns, works for, has shares in or any affiliation to an entity that has provided a response to the request for quote or tender.

“This conflict of interest declaration and proposed actions to manage the conflict must be approved by the appropriate delegate prior to your continued involvement in the procurement process,” he wrote.

The NT Independent understands the Office of the ICAC last week emailed draft mandatory reporting rules and guidelines to senior public servants and politicians for consultation. The document sets out the obligations of those involved in public administration to report improper conduct.

Last week the NT Independent made public a damning report by Buy Local Advocate Denys Stedman, into the awarding of a contract for executive recruitment, including for the role of the current police commissioner.