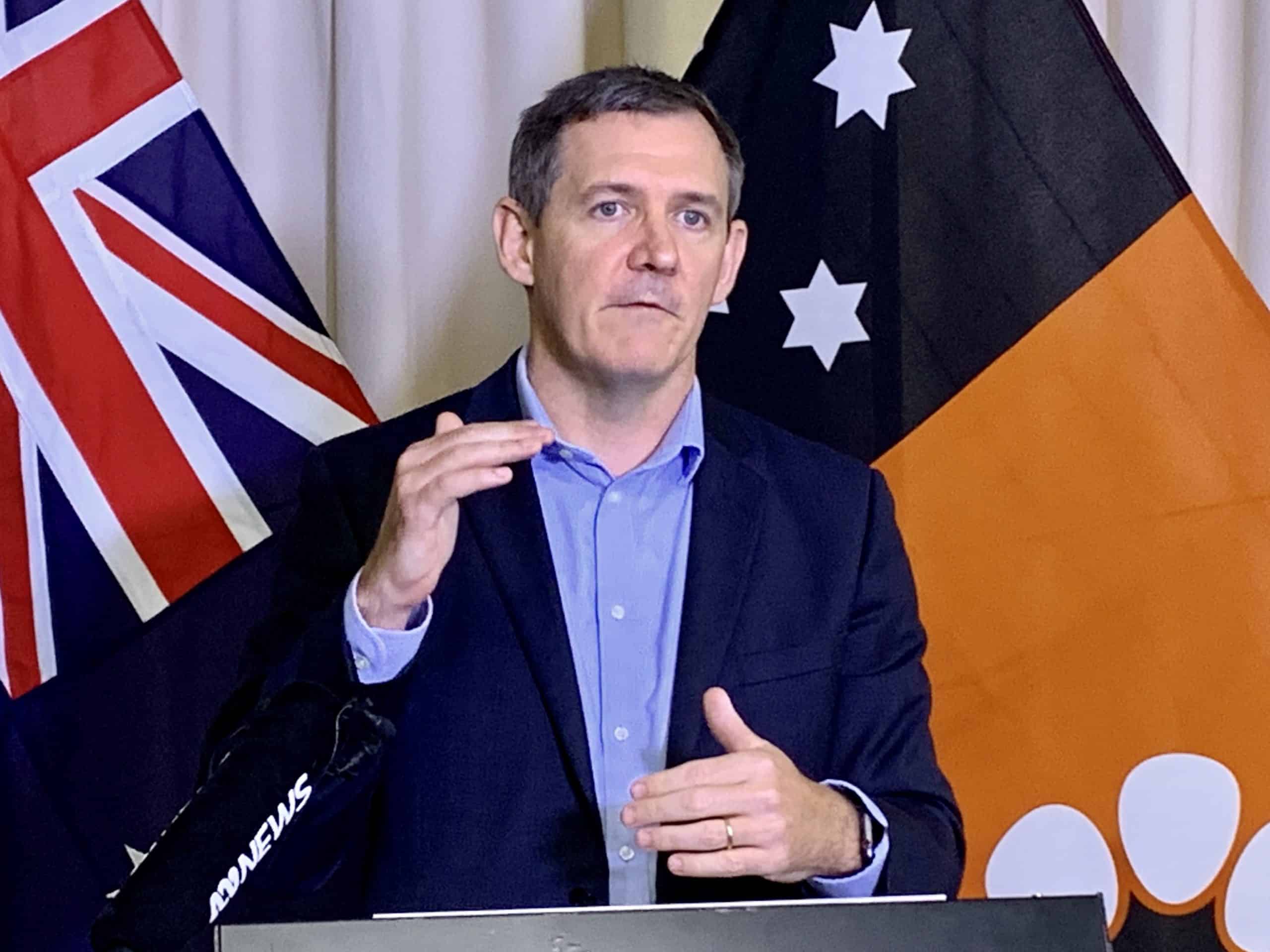 Michael Gunner’s Economic Reconstruction Commission has released its 13-page interim report, which recommended the NT Government study the potential for an energy corridor between Darwin and Alice Springs, as well as other ideas dependent on federal funding.

It also supported all of the Gunner Government’s current pipeline of projects that have yet to come to fruition.

The commission, which is co-chaired by former Labor chief minister Paul Henderson and former Dow Chemicals CEO Andrew Liveris, said commissioning a study paid for by the Federal and NT Governments into developing the “electricity highway” between Darwin and Alice Springs should look at the ability to facilitate renewable electricity supplies.

“The study should also assess the potential for a link from the Territory to the National Electricity Grid to facilitate the connection of large-scale renewables generation that would supply east coast power demand,” the report stated.

No estimated cost was offered for the massive project or how the NT would pay for its share.

The report focused on energy, including renewables and gas, giving support for a manufacturing hub at Middle Arm to produce petrochemicals. It also supported developing infrastructure to encourage onshore gas development in the Beetaloo Sub-Basin.

“Opportunities include development of renewables driven manufacturing such as hydrogen, the production of ammonia, and minerals‑processing,” the report said. “Opportunities also include the manufacturing of petrochemicals, initially using gas from offshore sources, then gas and liquids from the Beetaloo Sub‑basin.”

The report also highlighted agribusiness, tourism and “digital industry” as areas for the government to focus on in the future. It also identified infrastructure spending as a way to get the economy moving.

Developing renewable energy such as solar and hydrogen should also be a focus of the government, the report stated.

It also suggested implementing regulatory reforms across the NT Government’s departments, with a target of “having the most efficient approval processes in Australia for all Territory business licensing and approvals to start and grow a business, with an initial focus on 30‑day maximum approval timeframes for retail, hospitality and construction for straightforward applications”.

Go to Canberra for the cash – report

A lot of the commission’s recommendations involved hitting the Commonwealth Government up for more cash, including trying to move the Darwin Waterfront expansion project into the City Deal program.

For immediate job creation, the report suggested the Territory go to the Federal Government to get currently proposed private projects that have yet to come to fruition for years “over the line” in the next four weeks.

“There are several projects that can start soon if only the last remaining hurdles are addressed,” the report stated, without naming those specific projects. “In many cases this hurdle is financing – and with the options available, concerted joint focus over the next four weeks by senior representatives of the Territory and Australian governments, and the private sector proponents, could get these projects over the line.”

Mr Gunner said the commission was a “team of champions”.

“I have accepted all of their recommendations and the work on them starts right now,” he said. “This is just the start, but it’s a great start. Andrew, Paul and the team are doing terrific work on behalf of all Territorians.”

The commission also found attracting private investment to the Territory was key to its economic future, an issue that has been widely discussed for years and raised in numerous other reports including the Langoulant Budget Repair Report.

“Much like in other jurisdictions, the financing and funding of enabling infrastructure (roads, water, transmission lines, gas pipelines) is not solely the responsibility of the Territory or Australian governments,” the report said. “The Commission acknowledges that there is a crucial role for the private sector in relation to the delivery of key enabling infrastructure, especially where it relates to support for particular industries.”

But it offered no firm advice on how to attract the much-needed private investment that has eluded the Territory for years, outside of developing “robust masterplans” and making the NT the “best place for business to start and grow”.

Territory Alliance leader Terry Mills said he expected the commission would have delivered a greater number of “shovel-ready projects”.

“Gunner plunged the Territory into a dire recession before COVID19 and we’re now in a crisis which requires urgent government investment rather than the dithering of the past four years,” Mr Mills said.

“Medium to long-term ideas are always welcome but much of the report regurgitates projects kicked around for decades as something that might be done down the track.”

“It’s not credible that at the eleventh hour of this term of government, the Chief Minister will start acting to fix the economy,” she said. “Business and workers have suffered under this Government for four long years as it has trashed the economy and blown our budget.”

The final report from the commission is due in November.