More than 5,000 come into the NT, police to monitor travel times to quarantine 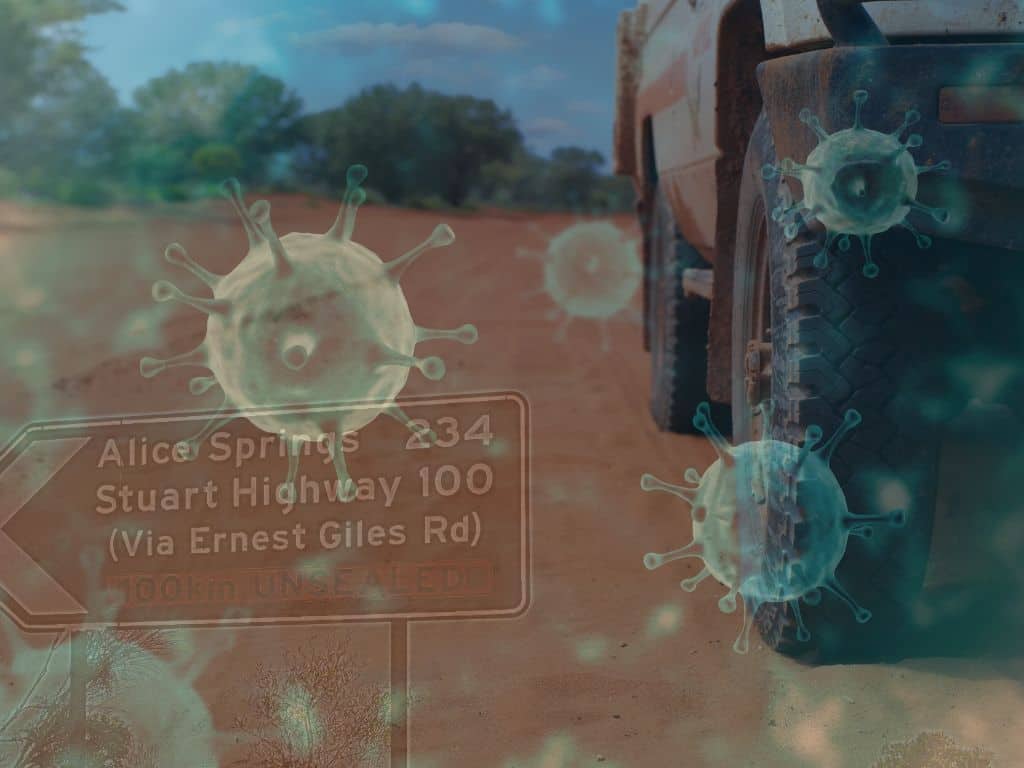 Police say they are monitoring the travel time taken by people from Australian COVID-19 hotspots to get from a Territory border to mandatory quarantine facilities, as they released the number of people who have come to the NT since Friday after mandatory quarantine was dropped for those arriving from non-hotspots.

As of Monday morning, 5,190 people had crossed the Territory borders with 2,200 crossing from South Australia on the Stuart Hwy, 1,400 from Queensland on the Barkly Hwy, 518 on the Victoria Hwy from Western Australian and 516 through airports, Acting Commander Shaun Gill said in an interview with Mix 104.9 Monday morning.

Broken down figures for travellers coming in from Victoria and Sydney were not provided.

“All it’s hard to say, well I can answer that in terms of how many people are in quarantine,” Commander Gill said.

“We’ve got 143 people at the moment in mandatory quarantine. So, that includes 115 in Darwin then 28 in Alice Springs,” he said.

However he said that figure also included an undisclosed number of Defence Force members who were in quarantine after coming back from overseas but it was not made clear when those people arrived here.

He said most of the civilians forced into quarantine since Friday were aware of the requirements.

“There’s a lot of work obviously before that. A lot of messaging…we didn’t want people to be surprised when they got in, so in essence, they’re not,” he said.

“They’re aware of the whole situation so generally these people are coming back have wanted to come back to the Territory, because they’re rather desperate to get back in for family reasons or work reasons,” he said.

“You have to go to the nearest quarantine facility, so like for example, we had a few issues where people thought they could come in by the Queensland border and go to Darwin. It’s actually not the case you have to go to the closest one which is Alice Springs,” he said.

Police will also monitor the travel time taken by people to get to the quarantine facilities.

“And we monitor that obviously as well,” he said,”So we have data on people who are, who are entering for the purpose of going to those facilities, and then we just made sure that they arrive in a timely manner, and that’s in conjunction with a plan, and if you don’t do it with the plan, then you’re subject to some substantial fines.”

On Friday, the Gunner government announced the fine for breaking quarantine penalty for an individual would rise to $5,056, up from $1,106 while non-compliant business operators will be fined $25,280, up from $5,530.

Commander Gill also said that the numbers have slowly dropped each day since Friday.

“We’ve had slow reductions in numbers from each one of the larger areas including, particularly the remote ones, as in South Australia, Queensland and Western Australia.”

Meanwhile, the NT government has declared the Eurobodalla Shire in NSW – which runs from slightly north of Batemans Bay to slightly south of Narooma – as a hotspot for purpose of travel.

“No more two-day warning. When we need to declare a hotspot, it will happen straight away,” Chief Minister Michael Gunner said in a Facebook post.