EXCLUSIVE: A senior public servant who was investigated by the corruption watchdog for unsatisfactory conduct over allegations she manipulated a procurement contract had access to the ICAC Inspector’s email account and sensitive documents before she was investigated, the NT Independent can reveal.

The ICAC Inspector is independent of the Office of the Independent Commissioner Against Corruption and is responsible for evaluating the performance of the ICAC and dealing with all complaints, which also includes “full and free access … to all items in the possession and control of the ICAC” during an investigation.

That means Ms Mohr would have access to sensitive ICAC documents, potentially including investigation records and the names of every public servant who complained to the Inspector about the ICAC.

Ms Mohr was investigated by deputy ICAC Rex Wild for improper conduct earlier this year, after changing tender scores on a procurement panel along with fellow Department of Chief Minister executive Kerryn Batten – the woman in charge of governance and the department’s freedom of information laws. While both executives’ names were withheld from publication by the ICAC, the NT Independent has confirmed their identities through leaked internal government documents.

The senior bureaucrats were alleged to have acted improperly by manipulating a select tender process to award three $45,000 contracts to a hiring firm for executive appointments to the NT Government.

The investigation found the pair altered scores in an internal “value for Territory” spreadsheet to give one company a higher score and awarded it the contract, after a different company had first been given the highest score.

However, the deputy commissioner’s investigation found in April that “there was insufficient evidence of unsatisfactory conduct” against the two public servants on the panel.

“However, I find that the officers had engaged in conduct that did not comply with the rules and governance of the procurement function, best described as failing to adhere to best practice,” Mr Wild wrote.

“The officers effectively conceded this during their respective evidence before me.”

Despite the findings of non-compliance with procurement rules, Mr Wild concluded it was mostly due to poor processes and all-around general incompetence.

“This procurement demonstrated that the NTG procurement guidelines and related documents are either not fit for purpose or poorly understood by public officers—or both,” he wrote.

He recommended the government review its procurement policies to “consider corruption risks in procurement and allocate necessary resources to incorporate prevention and detection”.

Mohr appointed to assist ICAC Inspector by the department, McClintock had no say in matter

Ms Mohr and her executive assistant Mel Griffith provided “administrative resources” between 2018 and 2020 to ICAC Inspector Bruce McClintock, including to “manage the website and monitor my email traffic”, Mr McClintock wrote in his 2020 annual report.

“Ms Maria Mohr undertook responsibility for my office assisted by Ms Mel Griffith,” he wrote, adding that the pair “provide support to me in carrying out my statutory functions”.

Those functions include the power to investigate the Office of the ICAC’s dealings and managing complaints about its operations.

“They [Ms Mohr and her assistant] manage document retention on my behalf and, to that end, have executed Confidentiality Agreements with me,” Mr McClintock wrote in his 2020 annual report. “I am grateful to them and acknowledge the very great assistance and help they have given.”

It is unclear when Ms Mohr stopped in the role or who is currently in the position. It is understood the ICAC investigation commenced in late 2020 or early 2021 and that she was not in the role at the time of the investigation.

According to Ms Mohr’s LinkedIn page – which was disabled overnight after questions were sent to her – she left her senior role in the department in 2020 for 11 months to act as chief of staff at CDU, returning to the department in April 2021 – the same month the ICAC’s report cleared her of unsatisfactory conduct.

Mr McClintock told the NT Independent that Ms Mohr, who was listed in 2019 as part of the Department of Chief Minister’s “executive leadership team” was provided by the department to assist him and that he was not involved in the selection process. 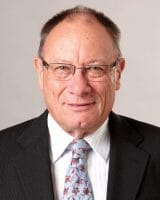 “Ms Mohr was, so far as I know, selected as a result of an internal DCM process,” he said in an email. “It had nothing to do with me and appears to me to have been entirely suitable.”

He added that Ms Mohr was “to my observation a person of complete integrity” and that he did “not believe that Ms Mohr ever accessed information sent to me by email”.

“The Territory public servants selected to give me support are bound by confidentiality obligations and the provisions of the PSEMA and their Code Of Conduct,” he said.

Chief executive of the newly-entitled Department of Chief Minister and Cabinet, Jodie Ryan, refused to respond to the NT Independent’s questions, including whether she had personally asked Ms Mohr to take the role with the Inspector.

Questions were raised earlier this year after the NT Independent revealed that Ms Ryan was on the panel that selected current ICAC Michael Riches for the role despite being connected to ongoing ICAC investigations and not declaring a conflict of interest.

Ms Mohr and Ms Batten also did not respond to emailed questions seeking comment for this story.