‘Not to exceed $25 million’: Casuarina Pool masterplan out for feedback 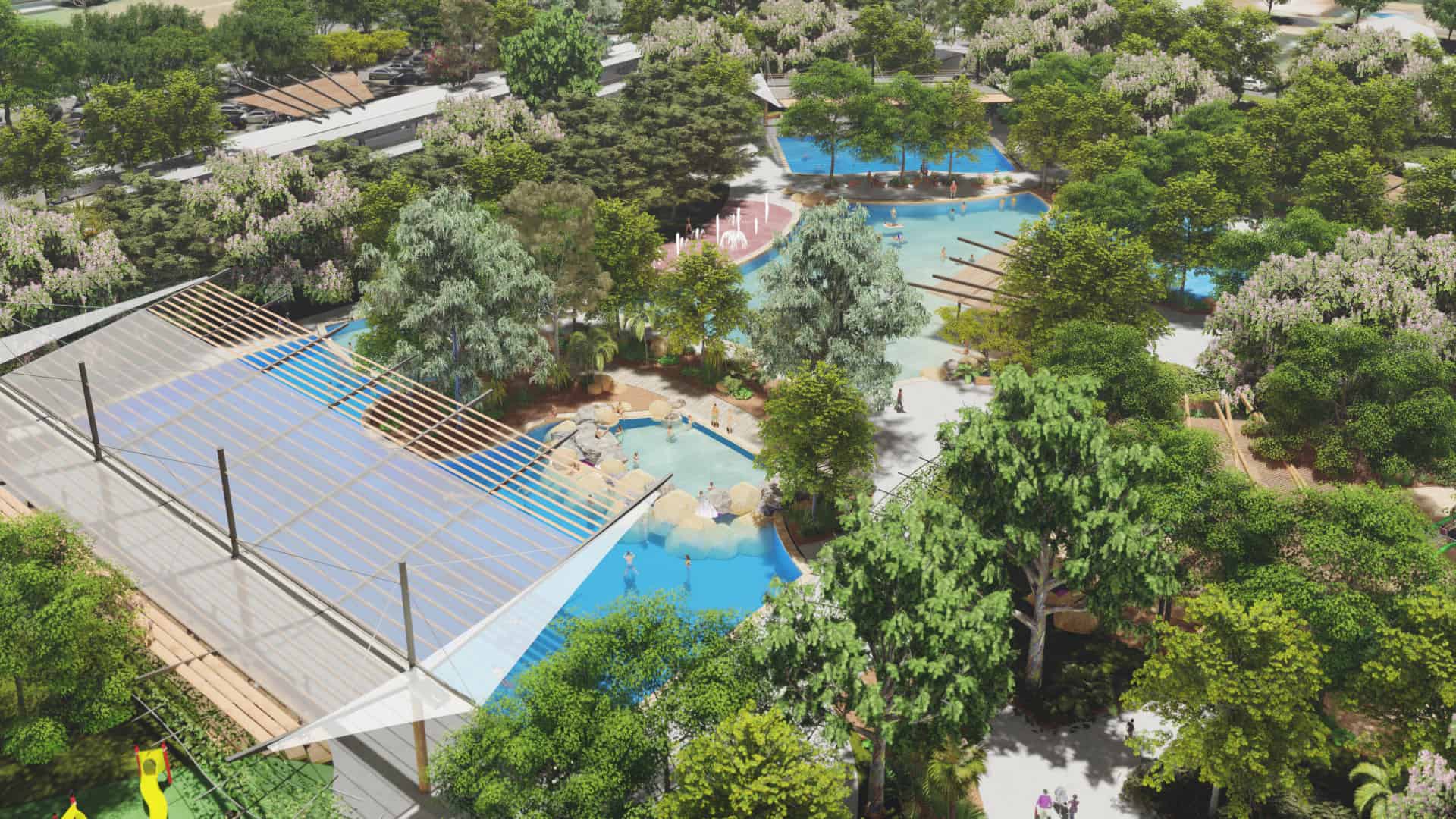 A masterplan for the redevelopment of Casuarina Pool has been released for community feedback, but aldermen and the public have been cautioned against any major changes that could blow the budget.

The Darwin Council allocated $25 million to overhaul the existing 40-year-old pool at Casuarina that would see a “resort style lagoon”, a lap swimming pool, learn to swim pools, fitness equipment, and space for a cafe and allied health services as part of the vision.

At the City of Darwin council meeting last night, Aldermen had already started pushing grand ideas including a larger community space, and a building over the carpark. 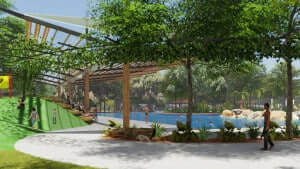 The existing pool is more than 40 years old and City of Darwin has allocated $25M to transform the facility into a family friendly aquatic and leisure destination. Picture: Darwin Council.

“I think we are thinking too small here,” Alderman Andrew Arthur said. “it’s prime real estate… this is an opportunity to do something special.”

With the masterplan now open to community consultation, the call for changes to the plan has heightened concern over costs among councillors and the Lord Mayor Kon Vatskalis, who said the project is “not to exceed $25 million”.

“We might find savings, but $25 million needs to be the item,” he said.

“We have a pool that is 40 years old that doesn’t comply with today’s standards.”

He said the new pool for the Northern suburbs would not replicate the bungles of the Parap pool, and that it would be “done right”.

Despite caution around ideas that could blow out the tight budget, the masterplan won support from Aldermen.

Alderman George Lambrinidis said it was a project council had been wanting to see in the Northern suburbs for many years. City of Darwin has released their Draft Aquatic and Leisure Masterplan for the redevelopment of Casuarina Pool and the community are invited to provide feedback. Picture: Darwin Council.

However, with limited safe spaces for youth, a larger community centre would have been welcomed as part of the redevelopment, he said.

In June, Darwin Council unveiled their budget, which included the pool revamp, and said there would be no increase to rates.

Alderman Mick Palmer still heeded a word of caution, saying the council’s “biggest problem will be to control the budget”.

“We are dealing with rate payers money… We have $25 million in the budget, most of which will be borrowed… There would be nothing worse than overspending for our public image,” he said. 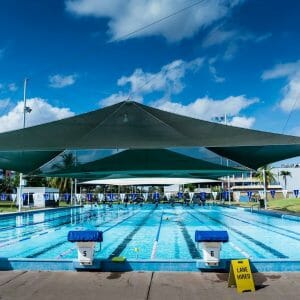 The Casuarina Pool is getting a revamp.

Alderman Rebecca Want de Rowe agreed with Mr Palmer saying council should trust the consultants who have developed the plan.

“We have a tight budget, as far as I can recall this came in $81 under budget… There is not much room to move,” she said.

“We had consultants put this together, professionals who know what works and have put a lot of time into the plan.”

She said she would be happy to accommodate small changes but warned it could put the project back months.

“We need to be mindful of time frames and budget, major changes just won’t work,” she said.

Local architect firm Ashford Group won the tender to develop the draft masterplan, at a cost that remains undisclosed.

Lord Mayor Vatskalis said the vision is to transform the area into a “multi-use facility which will appeal to a wide audience”.

“Around the world the focus for new swimming pool developments is creating spaces that are fun, versatile and appeal to people of all ages and abilities – and I believe the Casuarina Aquatic and Leisure Centre Draft Masterplan achieves that,” he said. 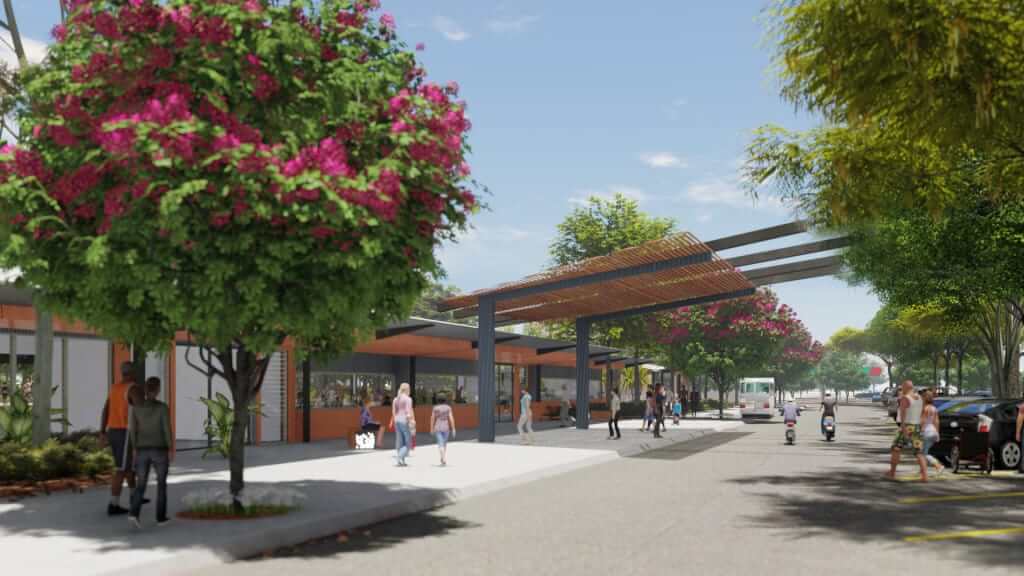 The pool is expected to include a cafe or restaurant, and meeting spaces. Picture: Darwin Council.

“We won’t proceed to the next stage until we have this feedback as we want this facility to meet the needs and expectations of the community for another 50 years.”

Community consultation opens on September 28 and will inform any changes to the Draft Masterplan, with the final concept plan to be presented at the Council meeting on November 24.

To provide feedback head to the web page here.