No new positive COVID-19 cases in the NT but ‘next few days remain crucial’: Chief Minister 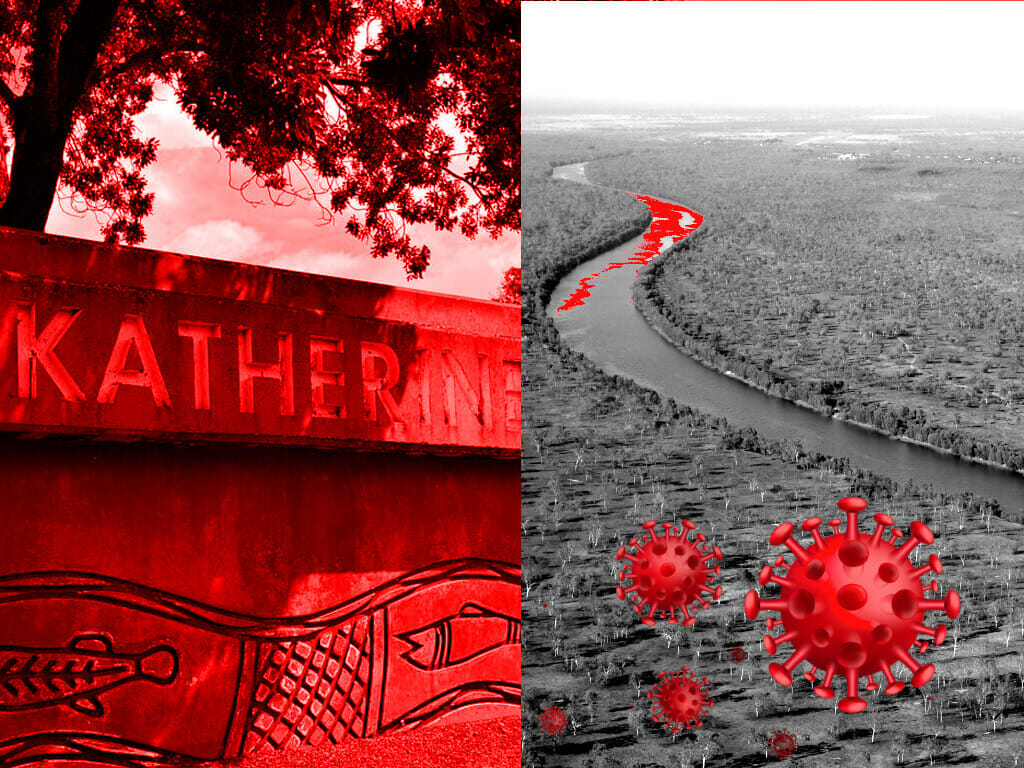 There have been no new confirmed positive COVID-19 cases recorded in the Northern Territory, Chief Minister Michael Gunner has said, but more test results from Robinson River will be returned this afternoon that will set the picture for the next few days.

Mr Gunner told a press conference on Thursday morning there were no new cases from the Katherine and Robinson River outbreak, or any cases recorded anywhere else in the NT, leaving the total cases at 19.

But he said there were a lot of test results from Robinson River to be returned this afternoon, and other close contacts yet to be tested or have their results returned, so the Territory was “not out of the woods” yet, while the situation did look more positive.

Acting chief health officer Dr Charles Payne said all the positive cases had come from three households but he said it was unlikely COVID-19 would have been contained to those houses.

Mr Gunner said of those who had tested positive, nine had been fully vaccinated, five had had one shot, and two were not eligible to be vaccinated.

“This is good news but not a day to get ahead of ourselves,” he said.

“We will not presume it means we have trapped the virus. This is Delta (strain), these are large, vulnerable households, we are not out of the woods.

“There is also a strong chance of close contacts who have tested negative, testing positive in the coming days.

“The next few days remain crucial.”

He said there had been 384 close contacts identified and 288 of them contacted, from this latest outbreak of the virus since November 13, which the government is calling ‘cluster two’.

Of those, he said, 201 had returned a negative test.

Mr Gunner said he expected genomic tests of the particular virus back this afternoon or tomorrow morning, and said it would be “extremely important” because it would confirm whether cluster one and cluster two were related. Cluster one refers to the four cases in Darwin and Katherine identified earlier this month.

He said the government’s belief was the two clusters were linked, but until they had the genomic tests back they could not assume.

Mr Gunner said they were still investigating the situation with the MacFarlane Primary School in Katherine, but there had been 38 close contacts identified, 10 adults and 28 children.

Wastewater tests showed no COVID-19 in Darwin and he said they expected the first wastewater test results back this evening from Alice Springs, Borroloola, and Tennant Creek.

If people are fully vaccinated and have left Katherine and Robinson River since those dates they must get a test within three days, he said, but unless they have symptoms they don’t have to isolate.

If people have left those places since those dates and are not fully vaccinated they need to isolate and wait for a negative test result.

On Wednesday the NT had recorded eight positive COVID-19 cases from the Katherine and Robinson River outbreak, and had recorded nine on Tuesday.

Mr Gunner said all those nine cases were Indigenous people in Katherine who were close household contacts with the two cases reported on Monday.

On Monday, the NT recorded its first positive case of COVID-19 in a remote community, with two new positive cases reported – one in a 43-year-old vaccincated man from Katherine, and the other case in a unvaccinated 30-year-old woman who was also in Robinson River, near Borroloola.