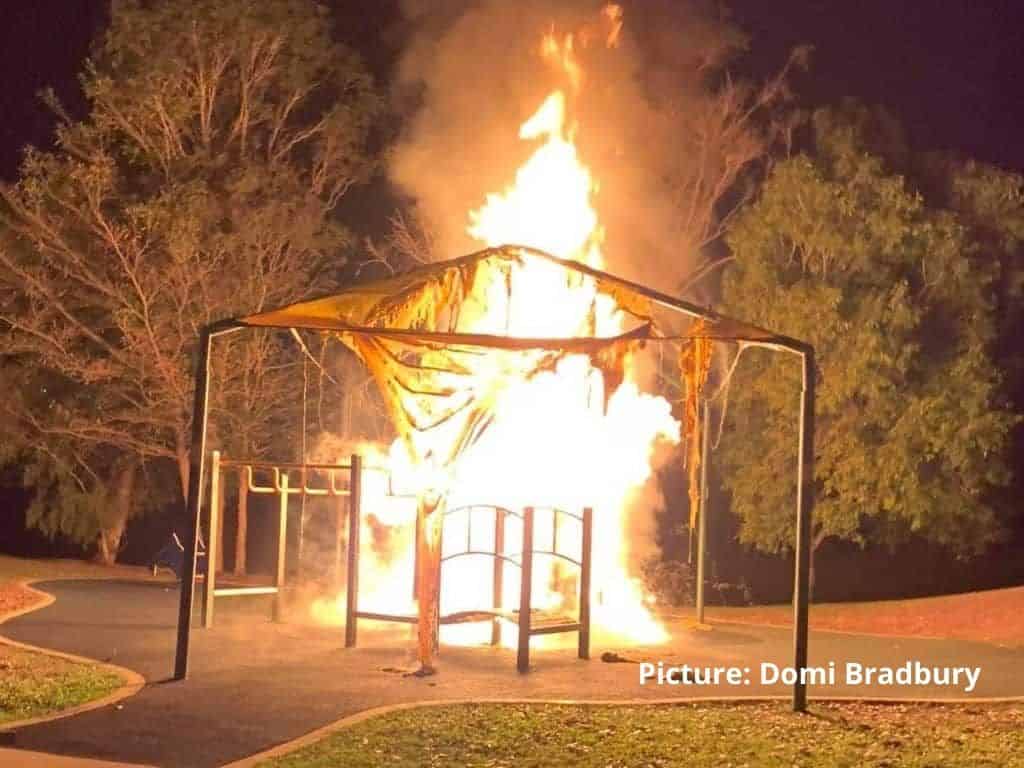 A total of four playgrounds have reportedly been set alight in Palmerston over the past two nights, which police now say they suspect are “intentional and linked”.

At about 3:00pm on Tuesday, police received reports of a fire at George St, Johnston, where playground equipment was burning, NT Police Commander Vicki Koum said in an interview with Mix104.9 Wednesday morning.

Commander Koum said police assessed the scene and found that the structures were significantly damaged.

Another fire was also reported later in the evening at around 10:24pm at the Duwun Rd, Roseberry playground, where the equipment was also set alight, Cmdr Koum said.

In less than an hour at around 11:20pm, another playground in Lind Rd, Johnston/Farrar with some nearby trees also burned an hour later, she added.

Cmdr Koum said it’s premature to rule that the fire incidents were all related although the locations are within close proximity.

A statement from police later said Strike Force Trident detectives are investigtaing the incidents and are “believed to be intentional and linked”.

The City of Palmerston said the damage was “disappointing”.

“Disappointing to see two of our playgrounds, George Park and Hobart Park, in Johnston have been vandalised and are not safe for use,” City of Palmerston posted on Facebook.

“We have organised fencing around the playgrounds for the safety of all park users, and will be cleaning up and replacing damaged infrastructure as soon as possible. Please take care if you are walking through these areas.”

The City of Palmerston said repairs to these playgrounds may take up to three months.

The total cost of the damage has not been released.

NT Police said before 1:00am Wednesday, police responded to a fire alarm at the school and assessed that the smoke was coming from the roof of a building. It was not mentioned which building in the school.

Local fire crews arrived on scene and found a fire within a restroom of one of the buildings. The fire had been extinguished and the fire and smoke damage were contained to the one area, police said.

The Tennant Creek Investigation Unit will conduct forensic analysis at the fire scene. Inquiries within the community are now being conducted by the NT Police.

Authorities are urging anyone with information which may help with the investigation of the fire incidents to contact them on 131 444 or report it anonymously via Crime Stoppers on 1800 333 000.

Last week, NT Police alleged two girls and a boy were behind the fire that destroyed Tennant Creek’s only grocery store on July 12.

NT Police said they interviewed a 12-year-old and a 13-year-old girl over Tennant Creek IGA’s building, and are investigating the involvement of an 11-year-old boy, but have not said if the girls will be charged, only they will be “subject to the provisions of the Youth Justice Act 2005″.