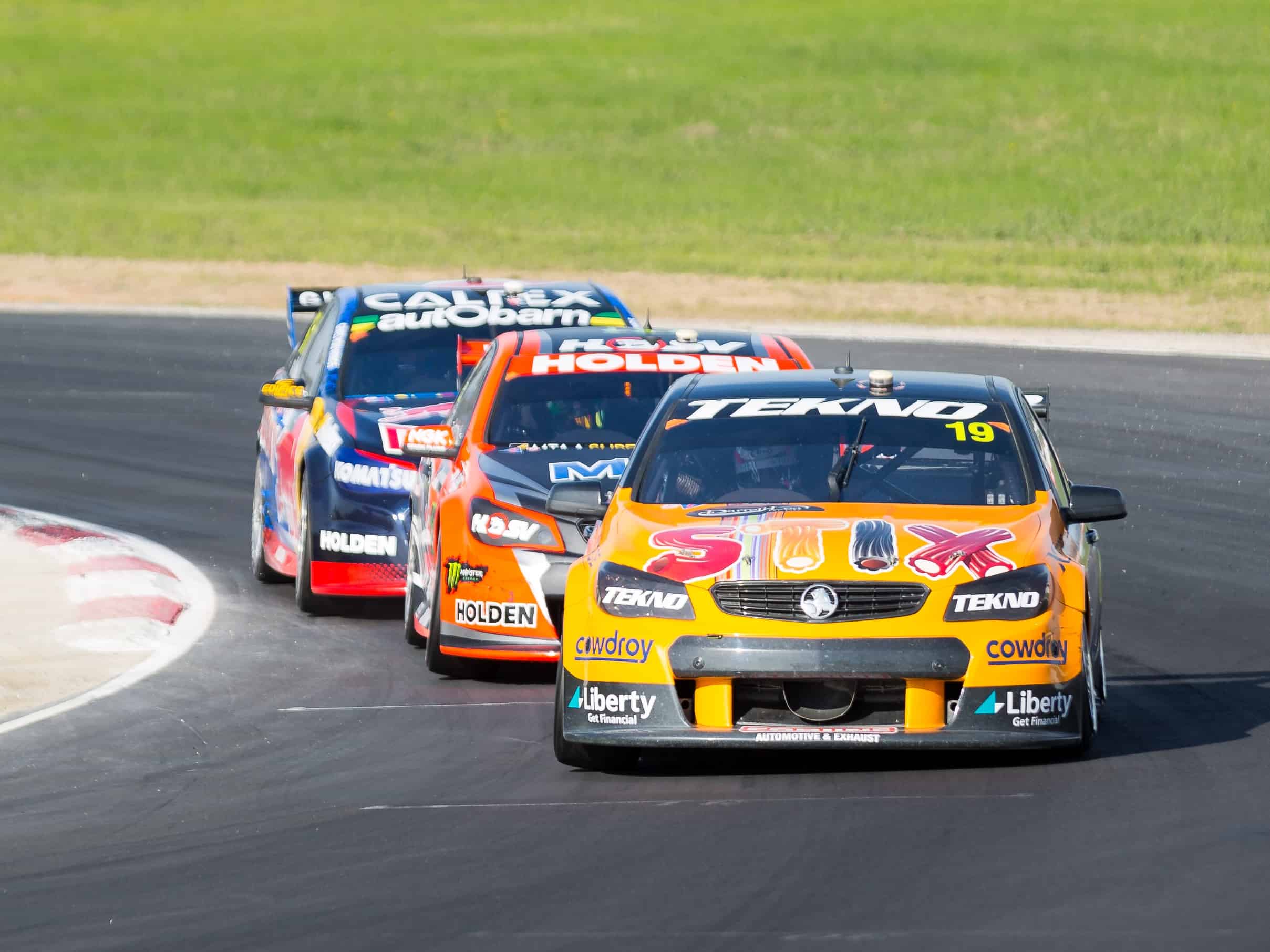 The V8 Supercars Darwin Triple Crown has been rescheduled following the government’s decision to add Brisbane and other Queensland areas to its list of restricted COVID-19 hotspots that will now see some crew members enter mandatory quarantine.

Chief Minister Michael Gunner attempted on Tuesday to distance himself from the decision, before the government made the official announcement on Wednesday to reschedule this weekend’s races to August 15-16.

Mr Gunner told media the decision to declare the Queensland areas, including Brisbane, Ipswich and Logan as coronavirus hotspots, was made by chief health officer Hugh Heggie last Friday amid confusion over how bad it could get in that state, which meant mandatory quarantine for anyone in those areas coming into the NT.

Mr Gunner said Dr Heggie was concerned about the potential for an outbreak in Queensland due to three men who had lied to Queensland authorities about being Melbourne.

“There was a significant amount of testing outstanding on that Friday … what the impact from those eight or nine days where people were present in Brisbane with coronavirus,” Mr Gunner said.

“You can always wind back (restrictions but) it is very hard to catch up.”

There was no indication on Wednesday when the government might wind back its Queensland hotspot declarations.

The three men have since returned negative test results. With no new cases all week, Queensland recorded one new case of coronavirus overnight Tuesday and have since moved to close their borders to NSW and the ACT effective from Saturday.

Meanwhile, the NT Government’s Major Events Company said in a statement on Wednesday afternoon that none of the supercar crews were in Queensland hotspots when declared on July 31, however it said it was later confirmed some crew members had been in those locations in the 14 days prior to the declaration.

“As a result, those crew members will now enter mandatory quarantine upon their arrival in the Territory,” the statement said. “As an added precaution, Supercars crews have been undergoing regular COVID-19 testing for some weeks, with no positive results returned. They will continue to undergo testing once they arrive in the Territory.”

Brisbane transporters bound for the Darwin Triple Crown reportedly remain stranded at the Northern Territory and Queensland border after spending the night in the nearby town of Camooweal on Tuesday.

Delays were also reported on the chartered flight from Brisbane carrying the drivers and teams to Darwin. It was reportedly rescheduled on Wednesday.

“Due to logistical challenges which have resulted in a delay to the Transporters arriving in the NT, the Transporter Convoy planned for 6 August can no longer take place,” NT Major Events Company said in a statement.

It also said the CoreStaff Darwin SuperSprint, originally scheduled for August 15-16 would “take place at a later date to be confirmed”.

General admission tickets to the Supercars for August 8-9 can now be used for the next weekend’s events, major events said, and anyone who can’t attend can request a refund via Ticketek.