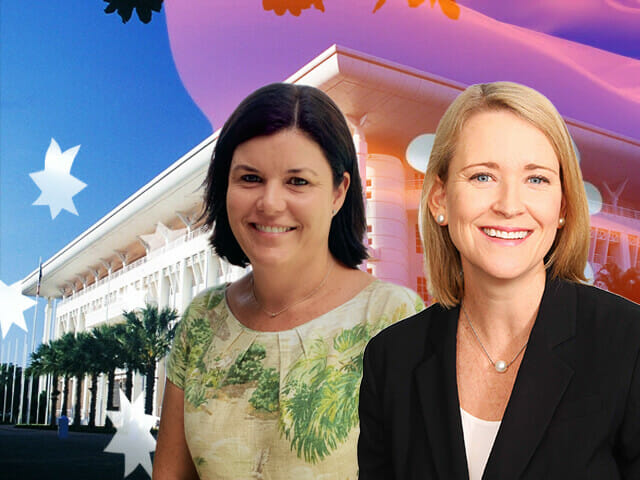 The Northern Territory’s next Chief Minister is expected to be chosen today, with the two most likely contenders Nicole Manison and Natasha Fyles squaring off in the Labor caucus room, following the shock resignation of Michael Gunner on Tuesday.

Both Cabinet ministers spent the last six years being called on to present bad news to Territorians when the former chief minister determined he could not, or would not, front the media.

Both camps have been providing conflicting reports to supporters of which politician has the numbers. By late last night it remained unclear.

Mr Gunner has routinely sung the praises of Ms Manison, calling her “the best wing woman ever”. But that close relationship may prove detrimental to Ms Manison’s hopes for the top job, if caucus wishes to differentiate itself from Mr Gunner’s lacklustre and deeply unpopular six years as leader.

A senior Labor figure told the NT Independent that if Ms Manison gets the top job, it will be viewed by many as Mr Gunner still having control of the party, especially considering Mr Gunner will continue to sit in the backbench.

The Opposition CLP spent Question Time in Parliament yesterday referring to Ms Manison as “Gunner 2.0” – a sharp jab they will continue to wield should Ms Manison become Chief Minister.

Meanwhile, Ms Fyles came into the NT’s Parliament in 2012 and was mentored by former Labor leader Delia Lawrie, who Mr Gunner succeeded as leader in 2015 during an acrimonious period for the party.

Ms Fyles will be looking to draw support from the left faction of the party in her bid to be the next Chief Minister, with the added advantage of not being Mr Gunner’s “wing woman”.

If caucus cannot unanimously select a leader by this afternoon, the party will trigger a vote of the rank-and-file; a scenario that would see a leadership contest take up the next four weeks.

That scenario is unlikely however, given that both women are party loyalists and would likely stand down if the other has the caucus numbers, to prevent the drawn-out and distracting leadership contest.

Both have been touted in the past as being capable of succeeding Mr Gunner, but party sources had previously indicated neither woman wanted the job for personal reasons.

That changed on Tuesday when Mr Gunner announced his shock resignation during his 2022 Budget speech to Parliament, in which he claimed he was suddenly resigning to spend more time with his young family.

That explanation was called into question however, when independent MLA Robyn Lambley revealed Mr Gunner and his office are currently under investigation by the ICAC for alleged misappropriation of funds related to campaign travel at taxpayer expense during the 2020 NT general election.

NT Independent readers have given the edge to Ms Manison in a completely non-scientific online poll asking who readers thought would replace Mr Gunner.

While most (38 per cent) chose “anyone else”, Ms Manison was chosen by 25 per cent of readers to succeed Mr Gunner and Ms Fyles 17 per cent. Infrastructure Minister Eva Lawler and backbencher and former AFL player Joel Bowden picked up the back end with seven per cent and 13 per cent respectively.

Mr Gunner will remain in the backbench as the Member for Fannie Bay following his resignation as chief minister on Tuesday, despite telling the public his “head and heart” are more focused on his family than his job.

Results of the caucus leadership contest are expected later this morning.