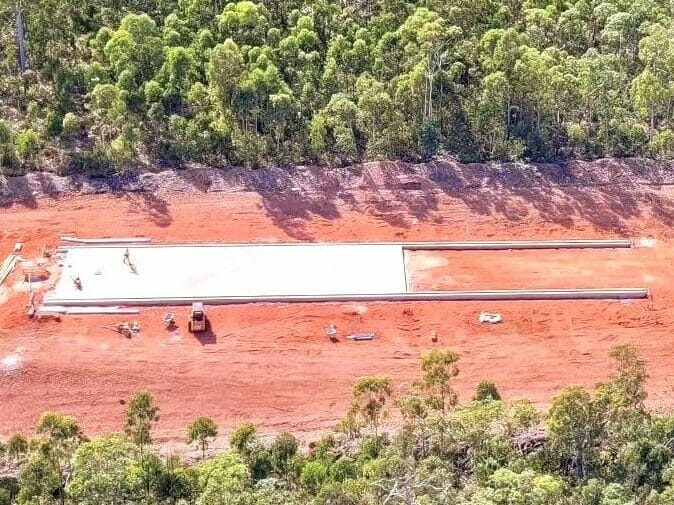 NASA scientists are in the Top End to kick off work for their first non-U.S. commercial rocket launch, which will soon blastoff from Arnhem Land’s Yolngu country.

The 27 NASA personnel travelled to Nhulunbuy last weekend after having completed quarantine at the Howard Springs facility.

The team will be working for 40 days with the Equatorial Launch Australia (ELA) at the Arnhem “Space Centre”.

As part of the mission, the rockets will carry scientific instruments into space to conduct astrophysics research and provide scientists with the opportunity to study astronomical objects that cannot be observed from the Northern Hemisphere rocket ranges from which NASA launches.

The mission will also be the first NASA launch in Australia since 1995, when six sounding rockets were launched from the Australian Government run Woomera Instrument Range in South Australia.

“The science being carried out by these three telescope missions is critical to furthering our understanding of the atmosphere around other planets,” Mr Bissett said.

The Arnhem Space Centre is a commercial space launch facility, located on the Dhupuma Plateau near Nhulunbuy. It is still under construction, with local contractors including the Gumatj Corporation carrying out a large portion of the work which is set to be completed next year.

ELA’s Arnhem Space Centre, on Yolngu country, was hand-picked by NASA as the ideal launch site for a series of sub-orbital research and observation missions in the southern hemisphere.

“This collaboration exemplifies the unique opportunities that our space industry can offer to international partners, as well as the economic benefits of significant Australian Government investment in the sector,” Equatorial Launch Australia CEO Carley Scott OAM said.

The Australian Space Agency said they are aiming to triple the size of Australia’s space sector to $12 billion and creating an additional 20,000 jobs in the sector by 2030.

The Morrison Government has allocated $700 million investment in the civil space sector.

Senator for Northern Territory Dr Sam McMahon welcomed this new embarkment in the NT saying it would add new and innovative jobs for Territorians.

“The Morrison Government is working hard to expand our commercial space sector, and this means more jobs for Territorians,” Dr McMahon said.

“That NASA has chosen a Northern Territory company to partner with for this historic campaign is a testament to our ingenuity and expanding capability in a sector with incredible growth potential.”

“The people of Arnhem Land especially the Gumatj should be congratulated for having the foresight to recognise this opportunity. I hope they see the benefits of this through jobs.”

Austrade CEO Xavier Simonet projects the demand for commercial space port infrastructure and launch services is set to outstrip supply as early as 2025.

He believes Australia has a great opportunity to further develop its own sovereign capabilities to support the nation’s unique economic, industrial, domestic and national security interests.

“As Australia’s leading trade and investment agency, Austrade will continue to leverage its global network to assist with space investment attraction and to promote Australian capabilities abroad,” Mr Simonet said.

Mining and Industry Minister Nicole Manison said the project will “lead to new opportunities for business and investment and creating more jobs for Territorians”.