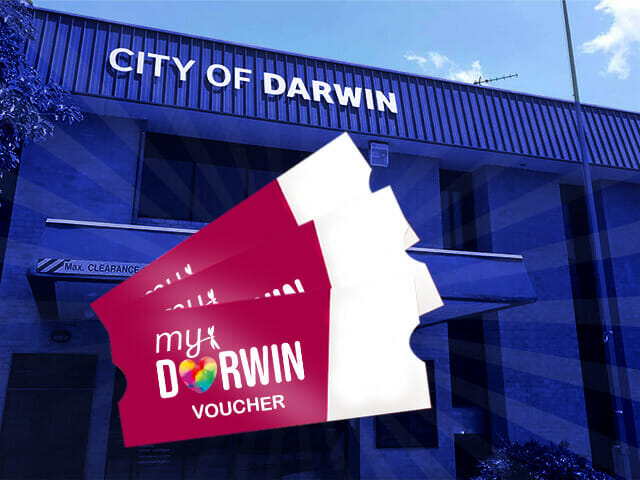 Territorians will be able to access up to $1 million in vouchers to spend at local stores in Darwin and Alice Springs, the Darwin City Council and NT Government announced today, with a government co-funding option being offered to other councils across the Territory.

The Darwin City Council has pledged $100,000 with a motion to go to council tonight to add an additional $100,000. The NT Government has committed to match two dollars for every dollar that each council contributes to the scheme.

The scheme will work the same as the previous schemes where Territorians will register, receive and redeem vouchers via a phone app to spend at participating local businesses.

The 2022 discount vouchers will be available later in the month of February and will run until the funds are exhausted, the government said.

Will Grundy, owner of Fat Tuna restaurant welcomed the new round of vouchers.

“This is a great opportunity to get people out and about again and encouraging the local spend to the economy,” he said.

The voucher announcement follows a scathing open letter from Hospitality NT last week in which the peak body for bars, restaurants and hotels in the NT outlined the dire state of trade since COVID-19 was allowed into the community, calling for government assistance for struggling businesses.