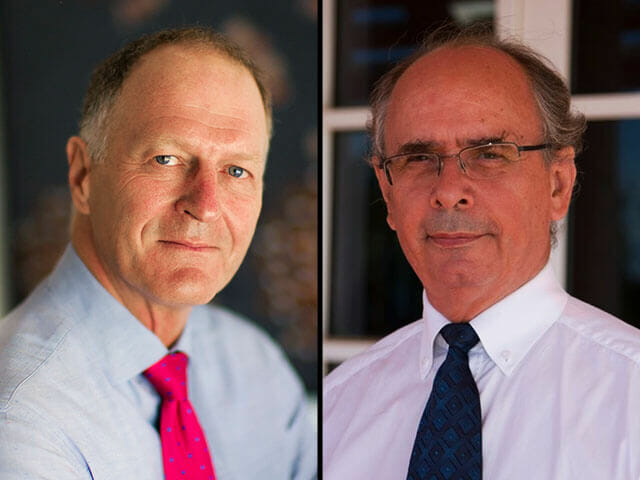 EXCLUSIVE: Serious misconduct allegations against NT Supreme Court Justice Stephen Southwood should result in his “removal as a judge”, says a prominent Darwin lawyer who has filed a formal complaint with the Attorney General.

The NT Independent can reveal that Alistair Wyvill’s complaint relies on a Legal Practitioners Disciplinary Tribunal decision handed down in December 2020, that called Justice Southwood’s conduct into question after his dismissal of a 2015 lawsuit brought by former Labor leader Delia Lawrie against Stella Maris inquiry commissioner John Lawler.

Mr Wyvill had been referred to the Law Society NT in 2015 over alleged misconduct allegations, relating to a previous complaint against Justice Southwood, which were dismissed by the tribunal five years later.

The tribunal found, in its decision, that Justice Southwood’s decision to dismiss Ms Lawrie’s claims that she had been denied procedural fairness was “politically partisan”, “suggestive of malice” and which called “into question his Honour’s fitness to be a judge”.

Mr Wyvill’s complaint to Attorney General Selena Uibo, filed on June 21, also raised other allegations against Justice Southwood, including “repeated incidents of judicial bullying of lawyers over many years”, an “extraordinary delay in deciding cases” and “other unacceptable conduct as a judge”.

“I respectfully suggest that you are now obliged to take formal steps to investigate his fitness to sit as a judge and, if those concerns prove to be well-founded, to initiate the requisite steps for his removal under [existing legislation],” Mr Wyvill wrote to Ms Uibo.

The complaint however appears destined to be dealt with by a “Judicial Commission” Ms Uibo is currently establishing that will be filled with established members of the local legal fraternity, including Chief Justice Michael Grant – widely understood to be Justice Southwood’s friend – and other local legal figures, some of which have perceived conflicts of interest, including the Law Society NT which was forced to pay Mr Wyvill $550,000 this year for legal costs associated with its failed misconduct proceedings against him.

The complaint letter details the Disciplinary Tribunal’s findings, including that Ms Lawrie, lawyer Cathy Spurr and Mr Wyvill had their reputations damaged as a result of Justice Southwood’s flawed 2015 decision, which ultimately cost Ms Lawrie the leadership of the NT Labor Party.

‘Judicial bullying’ alleged over many years

The complaint letter also details allegations of “judicial bullying” allegedly committed by Justice Southwood over many years, dating from 2013 up until June 18 of this year, when Mr Wyvill alleges a female prosecutor was “mistreated” by Justice Southwood to the point of walking out of court in the middle of a hearing.

In another alleged incident, Mr Wyvill said Justice Southwood repeatedly interrupted a young NAAJA lawyer in 2013 to the point the lawyer was unable to complete his submission to the courts, with Justice Southwood then asking him if he had “a disability”.

He also highlighted another incident from 2019 that he described as “the worst mistreatment of a lawyer by a judge which I have ever witnessed” that allegedly resulted in Justice Southwood apologising “publicly and again privately” to the offended senior lawyer.

Mr Wyvill also raised publicly reported allegations made against Southwood in November 2016, when he was accused by staff and patrons at a local bar of using a racial slur against a staff member, which he denied at the time, but which was never investigated.

“As there were, as I understand it, a number of people who witnessed the event and their identities known, the truth should not be difficult to establish,” Mr Wyvill wrote.

“It is informative to contrast how this matter has (not) been dealt with alongside the recent response to the public rudeness of the Treaty Commissioner [Mick Dodson].”

Mr Wyvill also pointed out that a list of 35 of Justice Southwood’s cases took between six months and five years to decide, with many being “of the most routine kind”, which is far longer than the Victoria and Queensland Supreme Courts’ established goal of judgments delivered within three months.

‘Judicial Commission’ to investigate Southwood complaint made up of ‘friends’, lawyers, and Law Society NT which had to pay Wyvill $550,000

Mr Wyvill requested in the complaint that Attorney General Selena Uibo appoint an experienced independent person from interstate, with the proper legal experience, to investigate the allegations and take action, due to inherent conflicts of interest in Darwin.

He also said while Justice Southwood had discharged his duty as a judge “appropriately and competently” at times, the alleged repeated improper conduct was serious.

“It is important to note that I accept that Justice Southwood has, on many occasions, discharged his duty as a judge appropriately and competently. Any fair-minded examination of his career would show that he has,” Mr Wyvill wrote.

“However, the importance of the role played by a judge is such that any particularly serious departure from the rules of proper conduct on any single occasion and/or repeated departures over many years on many occasions – both of which I suggest has happened here – require consideration of removal from office.”

Mr Wyvill sent a previous complaint against Justice Southwood to the NT Bar Council in 2015 that has still not been investigated to completion.

Ms Uibo did not respond to the NT Independent’s questions, but told the NT News on Tuesday that she had faith in the soon-to-be-established Judicial Commission to investigate the allegations against Justice Southwood.

She did not say how it could be considered independent if it is chaired by Chief Justice Grant and other local legal figures.

Mr Wyvill said in his complaint letter that he held concerns about the independence of the new commission given that the proposed chair is Chief Justice Grant who referred Mr Wyvill to the NT Law Society for proceedings, which the Tribunal ultimately rejected.

He also raised concerns that the commission would include the current president of the Law Society, which was forced to access the legal Fidelity Fund to pay Mr Wyvill $550,000 to cover his legal costs to fight the allegations referred by Southwood and Grant.

“Because of the small size of the local legal community, it is not possible to obtain that [independent] advice here,” he wrote.

The NT Independent put the allegations of misconduct to Justice Southwood. A court spokesman said it would be “inappropriate” for him to respond.

The allegations have not been proven.

“It would be inappropriate for Justice Southwood or any other member of the Supreme Court to make comment in relation to the matter,” the spokesman said.

“If Mr Wyvill believes he has a grievance then like any other member of the community he is entitled to raise his grievances with the Attorney-General.”

It’s understood the new Judicial Commission will be functional by October.

Editor’s note: The NT News claimed “journalistic principles” prevented it from publishing the allegations, because Justice Southwood did not read the complaint. There are no such “journalistic principles” that suggest information in the public interest be withheld from the public because the subject of a formal complaint does not want to acknowledge the allegations. The NT News claimed it made Justice Southwood aware of the complaint in late June. The NT Independent put the direct allegations to Justice Southwood’s office yesterday with an offer of a deadline extension should he wish to respond, instead we received the response from the “spokesman” quoted above. The allegations have not been proven.