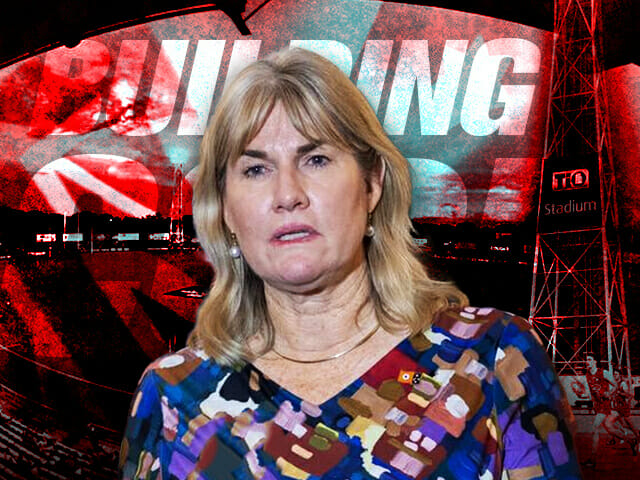 The Infrastructure Minister Eva Lawler has given the TIO Stadium grandstand an exemption, with no end date, from complying with the building code, but she has not said whether the government has given up trying to get proper safety certification for the building, and fix unresolved critical safety issues, including some that NT firefighters have said expose the public to risk.

In a declaration signed by Ms Lawler on Sunday, but published in the Government Gazette on Wednesday, the minister said the grandstand did not require an occupancy certification from July 1. There was no end date.

Ms Lawler’s department is under investigation by the Office of the Independent Commissioner Against Corruption after she moved to temporarily exempt TIO Stadium from requiring the same certification in March for three months, following years of failed attempts to obtain an occupancy permit and while the ICAC was making enquiries about the issue.

In a statement on Monday she said “the government” would be extending the declaration exempting the stadium but did not say for how long or why. While she said in the statement, “It is this Territory Government who has taken on the challenge to finalise this matter,” in relation to the certification, she did not directly say if the “finalisation” solution was a permanent exemption, or they were still working to have it certified.

Ms Lawler did not respond to questions from the NT Independent about whether the government was still trying to fix the stadium, and why she did not explain if the exemption was permanent or not in her Monday press release.

The NT Independent understands the original ministerial notice issued by Ms Lawler may also serve to protect her from an alleged breach of the Building Act, after she had called for Territorians in a Facebook post to “head down to TIO Stadium” to support a local footy team.

The occupancy permit could not be obtained because professional certifiers and engineers would not sign-off on the building due to unresolved critical safety issues, including electrical issues, improper emergency exits and the substandard fire hydrant water pressure. 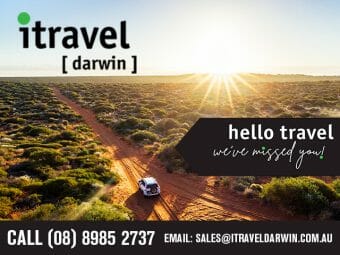 The NT Independent revealed in August 2020, before the AFL Dreamtime game between Richmond and Essendon, that the stadium had not been certified since it was constructed in 1990 and does not currently possess an overall occupancy permit – which according to the NT Building Act means people cannot occupy the building until a certificate is issued declaring it “fit for occupation”.

In early June this year, before the last AFL match Gold Coast and North Melbourne, NT firefighters raised concerns with NT Fire and Rescue Service and the government about the weak water pressure at the facility, necessitating mitigation measures including bringing in a water tanker, which at least one firefighter said would not help in the event of an emergency.

The lack of proper water pressure could put firefighters lives at risk, as well as the public, in the event of a fire at the stadium.

In her Monday statement Ms Lawler said a number of tests on the fire safety services have been undertaken over the past six months with all tests meeting current Australian standards. She was asked by the NT Independent to share the testing or the advice she used to deem the fire system safe but did not respond.

“Territorians have been safely using Marrara Stadium for 30 years and can be assured of the ongoing safety of the Territory’s premier sporting facility,” she said.

The ICAC’s investigation may include possible breaches of Section 66 of the Building Act that forbids anyone to “promote or conduct a public assembly in a place, building or temporary structure unless an occupancy permit has been granted…” and could also include looking into public statements that have alleged to be misleading provided by Ms Lawler’s department.

In the same Monday statement she announced the formation of a new body called the Building Compliance Taskforce to review all government buildings in “control areas” for non compliance with the Building Act 1993.

The NT News reported Infrastructure, Planning and Logistics Department chief executive Andrew Kirkman, the man who has been in that position since September 2016, and presided over the non-compliance, would head the taskforce.