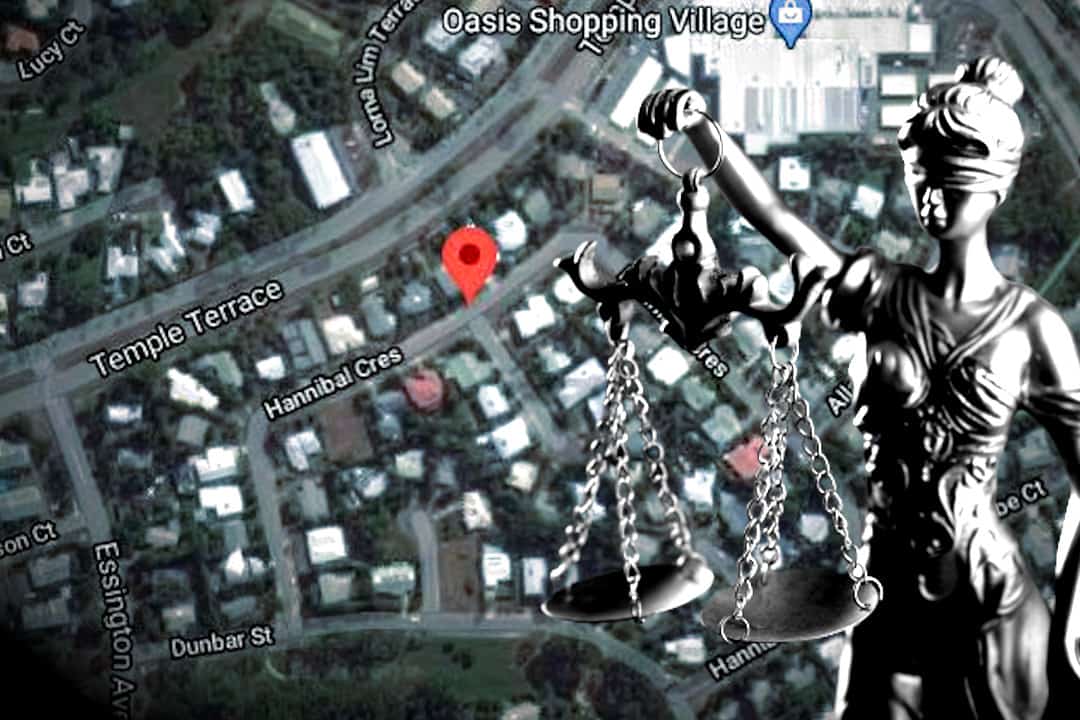 A married father who attempted to violently rape a teenager in a Palmerston alleyway while his wife was in hospital expecting their second child has been jailed for 18 months.

The NT Supreme Court Justice Dean Mildren said John James Brown, 22 – who pleaded guilty to attempted aggravated sexual intercourse without consent – had travelled to Darwin from Arnhem Land serving as a medical escort for his pregnant wife, who was due to give birth to the couple’s second child in Royal Darwin Hospital, before the incident took place on February 16.

When he was unable to stay at the hospital with his wife, Brown went to stay with relatives in Karama, where he quickly found himself drinking to excess.

Justice Mildren said the night of the offending, Brown attended the 17-year-old victim’s home in Moulden, where she was hosting a small gathering, and became intoxicated.

At around 11pm, Brown said he would take the victim to see her boyfriend and the pair were accompanied by two other members of the gathering as they set off on foot through the suburbs of Moulden, Woodroofe and Gray.

When they arrived in an alleyway on Hannibal Crescent in Gray, Brown started throwing rocks at the two other members of the gathering, causing them to flee from the location, “Justice Mildren said.

Brown then attempted to rape the victim, grabbing her by the hair and leading her into the alleyway.

When the victim tried to resist, Brown responded by threatening her and eventually punching her.

“In the alleyway, you held onto the victim’s shoulder and you told her to take off her clothes, as you wanted to have sex with her,” Justice Mildren said.

“When the victim refused to do this, you attempted to remove her shorts and you continued telling her that you wanted to have sex with her. She told you on a number of occasions that she did not want to, and tried to push you away from her.

“You pulled down your clothing, exposing your penis. You grabbed the victim by the back of her head and you told her, ‘Suck my dick’.
“You then told the victim that you would not ejaculate in her mouth. As you were forcing the victim’s head towards your penis, the victim yelled, ‘No, no’, and tried to release herself from your grasp.
“You punched the victim to the back and attempted to force your penis into the victim’s mouth without success due to the victim’s resistance.”

Brown eventually told her she was free to leave, but told her he would assault her if she told anyone about the attack.

The victim then walked to the Puma Service Station, located on the corner of Temple Terrace and Chung Wah Terrace, where she reported the attack to police.

Justice Mildren said Brown deserved to be jailed for the crime.

“There can be no doubt that this was serious offending, warranting a sentence of actual imprisonment,” he said.

“There was some planning involved … you offered to take (the victim) to see her boyfriend and you chased off her friends by throwing rocks at them.

“She did nothing to encourage you … you were fully to blame.

“You used violence and also made numerous threats of violence.

“You have to learn, Mr Brown, that the court treats violence against women, particularly sexual violence, very seriously.”

The court heard Brown had been in custody since being arrested and was yet to see his baby daughter, who was born after he committed the offence.

Justice Mildren said Brown had a relatively long history of offending, which has been dealt with in the most part without conviction by the Youth Justice Court, which began when he was 14. He said Brown’s last offence was committed in 2016 although he had been found guilty of aggravated assault on three occasions for offences committed in 2014 and 2015, when he was 16 and 17 but he had no prior history of sexual offending of any kind.

“The victim complains that she suffered from muscle soreness and headache caused by the fact that you pulled her by the hair,” Justice Mildren said.

“She also has felt sad, and she was afraid that you may come back and find her when you are released from gaol. She observes that you should receive counselling and you should learn not to treat women in the way in which you treated her.”

Justice Mildren said Brown had lived at an outstation between Milingimbi and Ramingining in Arnhem Land since 2016 .

“You have had a most unfortunate start in life. Your biological parents abandoned you as a young child, and neither have played any meaningful part in your life,” Justice Mildren said.

“As a very young child, you were exposed to domestic violence….As a young teenager, you were often left to your own devices and you had only limited familial support or oversight.”

Justice Mildren sentenced Brown to three years in prison, to be suspended after 18 months.