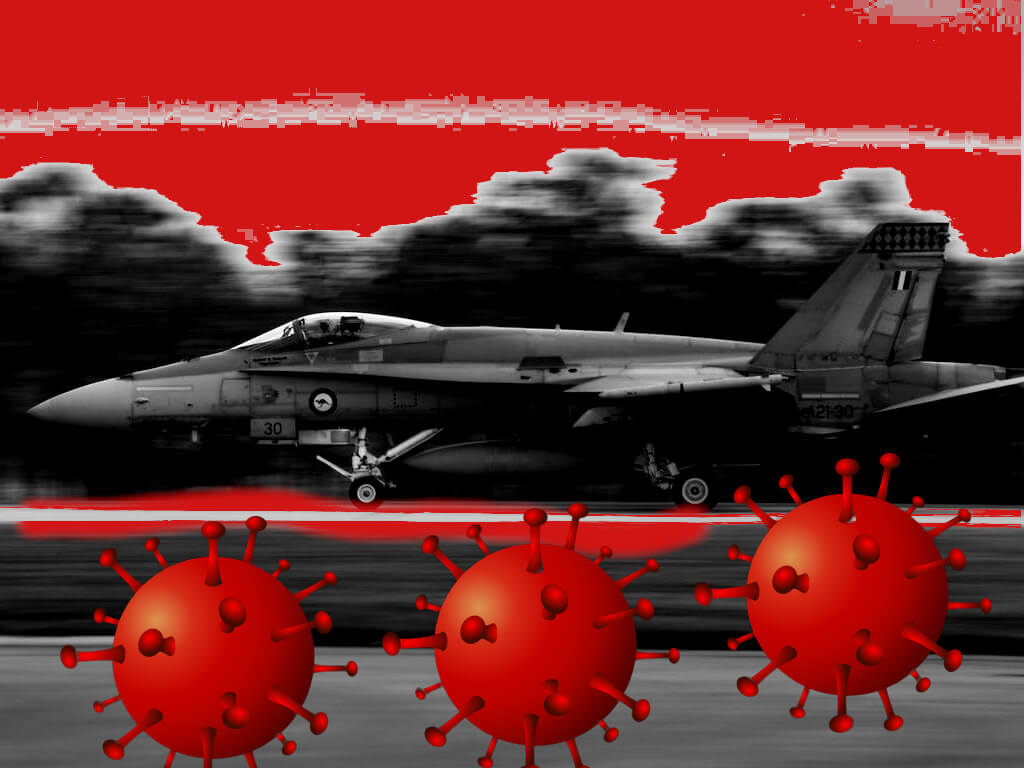 The Territory’s first case of community transmission of COVID will see Katherine placed under a 72-hour lockdown from midnight, with a three-day “lockout” for Darwin, Palmerston, and the rural area, after a RAAF Tindal base contractor tested positive to COVID-19, Chief Minister Michael Gunner has said.

Mr Gunner held a press conference to make the announcement at 10pm last night, saying the unvaccinated man in his 20s was a contract worker at the base.

The NT Independent had earlier reported from a highly-placed source that the man noticed symptoms on Tuesday and tested positive today.

The Chief Minister said they did not know how the man caught the virus but that he had not been interstate so the infection had come from within the Territory.

“We do not know where, when or how this man became infected,” Mr Gunner said.

Another person in the house is said to be symptomatic and the remaining housemates have been put under guard, the source said. It is unclear if he lived on base. Mr Gunner did not mention the person with symptoms, but said all housemates had been interviewed and contract tracing had begun.

He added that the man’s exposure period could go as far back as October 19, but expected his infectious period was from Sunday October 31, to Tuesday November 2.

Mr Gunner said the man had spent some time in the community while infected in Darwin, Humpty Doo and Katherine, including at Monsoons nightclub. And he spent a full day working at Tindal while infected.

Katherine and Tindal will go into a 72-hour lockdown from midnight with people only allowed out of their homes for five reasons: a medical appointment or a COVID test or vaccination; to buy essential goods; for one hour’s exercise no more than 5km from a person’s home; for essential work; and to look after a family member who needs care.

Greater Darwin and Katherine residents will have to wear masks when out, which applies to vaccinated and unvaccinated people.

Police will guard the entries into Katherine to control people entering the town, with people who live just outside allowed in for essential purposes.

Non-Territorians can only leave the lockdown areas if they are leaving the NT.

Mr Gunner said people in the Darwin, Palmerston and rural area who are fully vaccinated could go to work, to businesses and visit the homes of fully vaccinated people. They will have to show their vaccination certificates to staff members.

People who are not fully vaccinated are locked-down except for the previously mentioned five reasons and will not be able to go to work.

But all people must wear masks while out and no one can leave the greater Darwin region.

All children, either vaccinated or un-vaccinated, can go to school, childcare and sport.

The infected man has been isolated in Katherine but will be flown to the Howard Springs quarantine centre.

Anyone who attended these sites must immediately isolate and get tested.