UPDATE: Man seriously injured after tripping on highway and being hit by car, another taken to hospital 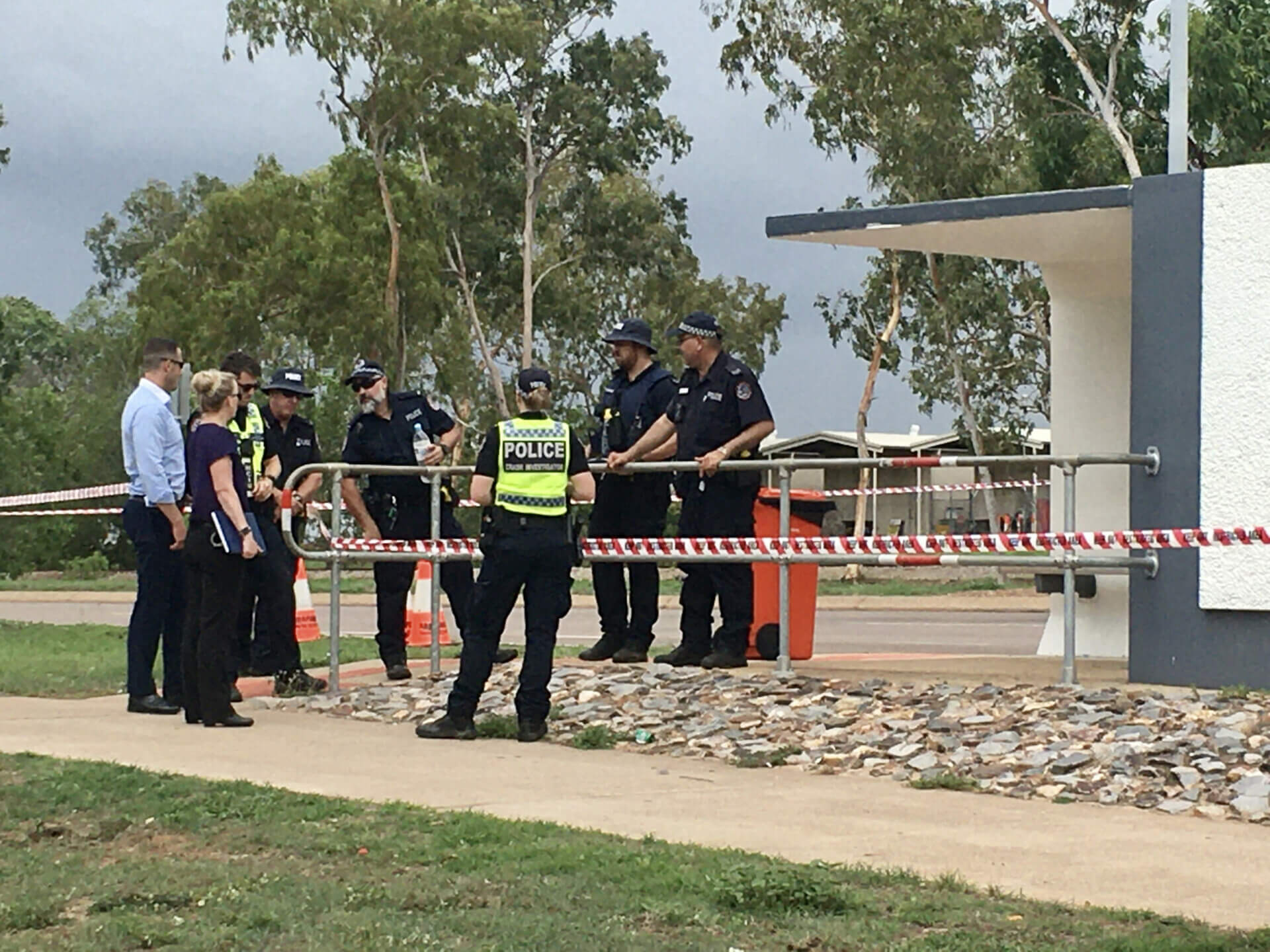 UPDATE: St John Ambulance has confirmed two men have been taken to the Royal Darwin Hospital in a stable condition following a collision on a busy highway at around 12.05 today.

A crime scene has been set up around a bus stop on the Stuart Highway, near Shiers Street as NT Police investigate the accident.

“The driver of the car stopped at the scene of the accident.

“Both pedestrians have been transported to hospital in a stable condition.”

A witness told the NT Independent he saw one man trip over his thongs before he was hit by a car, in what he described as a hit-and-run. 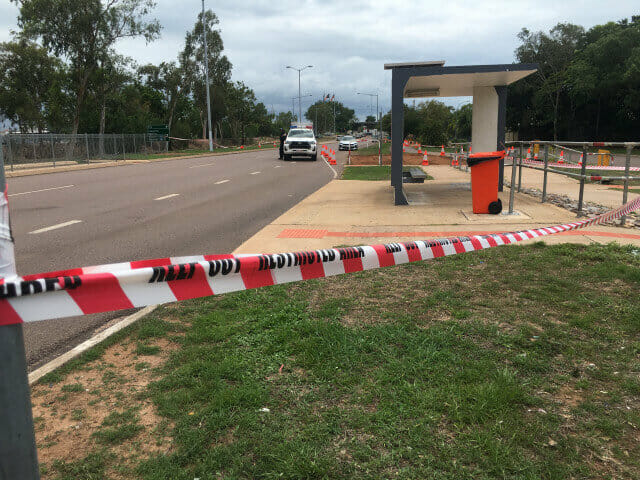 NT Police have closed off the area where two men were hit by a car on Friday, October 16.

The witness – a construction worker who was sitting in his excavator when the accident happened and who did not want to be named – said the man was running across the road to bus stop 181 opposite Winnellie, when he tripped over his thongs.

He said a silver ute driving at what he estimated was 40km/h collided with the man, and attempted to help.

“A group of about 15 to 20 people ran over screaming from units across the road, so the driver fled,” he said.

The worker gave a graphic description of the man’s injuries which described extremely serious head wounds.

NT Police confirmed a man was hit by a car while he was crossing the highway at Winnellie near the intersection to Shiers St.

Police say the driver stopped to help the man, but fled the scene when an “altercation” occurred. Police have confirmed the driver quickly drove to a nearby location to report the incident.